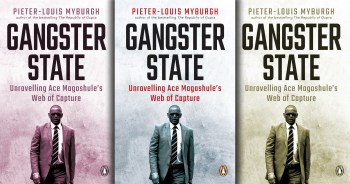 In this explosive book, Gangster State: Unravelling Ace Magashule’s web of capture, investigative journalist Pieter-Louis Myburgh ventures deeper than ever before into Ace Magashule’s murky dealings, from his time as a struggle activist in the 1980s to his powerful rule as premier of the Free State province for nearly a decade, and his rise to one of the ANC’s most influential positions. In this extract Myburgh delves into the links between Magashule and the Hawks and SAPS.