How sneaky Agrizzi captured a whistle-blower 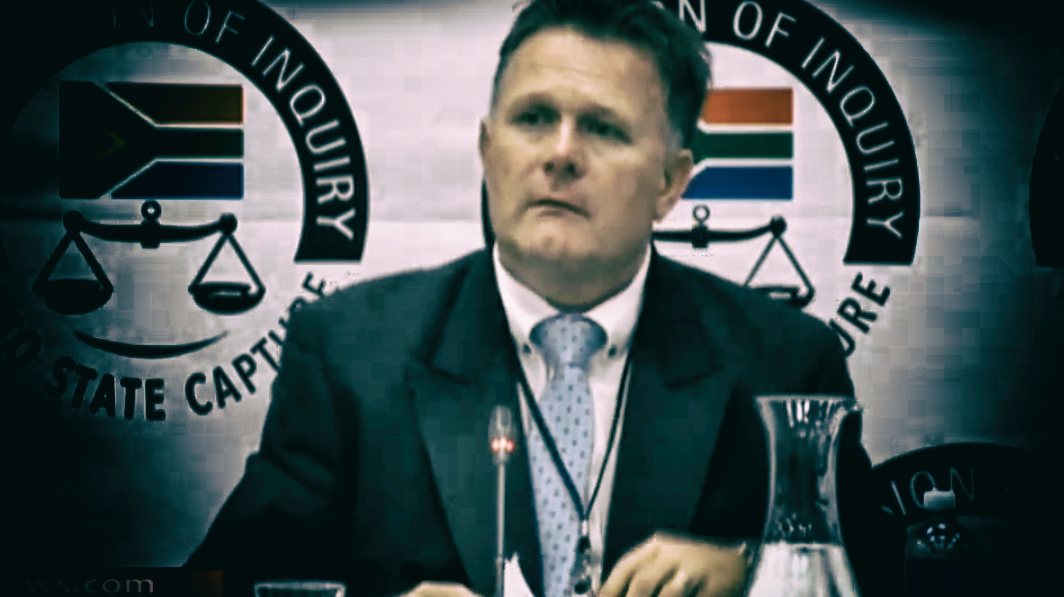 Former Bosasa tax consultant Peet Venter is a reluctant whistle-blower, one nudged into the ring by the crafty tactics of master bribe-record-keeper, Angelo Agrizzi.

Angelo Agrizzi put himself in pole position for redemption as he organised and gathered evidence from a group of Bosasa employees and consultants to expose his former boss, Gavin Watson.

South Africa latched on to his every word of R4-million to R6-million in monthly bribes, of cars and houses for corrupt civil servants or free security upgrades for senior politicians.

As it now turns out, spilling the beans was, at least at some point, his Plan B.

Agrizzi’s battle plan was two-fold, depending on who is to be believed: Either that ammunition – the evidence – was being gathered from former colleagues to take out Watson and expose the rot within Bosasa, or it was to boost his negotiating powers to have Watson cede to a lucrative Correctional Services contract that he would manage on behalf of the string of fellow whistle-blowers he had lined up, by hook or by crook.

After his explosive nine-day stint in the witness box at the State Capture Commission, most of his former colleagues have followed him essentially to corroborate his evidence or simply to pad his broad strokes of some of the highly irregular events that went down under their noses and or with their help.

Each one of them, former Bosasa CFO, Andries van Tonder, his brother, Leon, and Frans Vorster and Richard le Roux, agreed with Agrizzi.

Collectively, they testified that throughout the years of malfeasance, Gavin Watson was the man in charge, that nobody had dared question him, that Watson’s name never appeared anywhere and that all of them had merely followed orders out of fear.

On Tuesday it was former Bosasa tax consultant Peet Venter’s turn, his full day on the stand largely serving to corroborate what Agrizzi had already told the country during his jaw-dropping testimony.

Mti and Gillingham are currently co-accused with Agrizzi and other former Bosasa characters in a corruption, fraud and money laundering case. Agrizzi is scheduled to appear in court on Wednesday morning.

Venter, a former SARS employee, who joined a private auditing firm around 2005/2006 that would soon land the Bosasa account, found himself bamboozled into co-operating with Agrizzi – the carrot of a R300,000 a month salary he feared losing as a result, allegedly neatly dangled by the flamboyant Agrizzi.

The funny thing is, Venter is the one who allegedly received the direct instructions from Watson for the payments to the CR17 campaign and the Motsoeneng legal bill, yet Agrizzi had knocked the wind out of his tale by introducing Venter’s earlier signed affidavit during his testimony at the commission. He testified that Venter had changed his mind about coming clean.

Venter did not disagree with the overall gist of the content of the statement as he had been party to writing this earlier version, but he highlighted how Agrizzi had allegedly edited his statement with punchy additions of, among other things, how “morally disturbing” some of Watson’s instructions had been.

Agrizzi may have been one up on Venter whom he had accused of chickening out at some point, but Venter has provided the State Capture Commission with flow charts detailing aspects of Agrizzi’s alleged Plan A.

A couple of weeks after sitting Venter down along with some of the other Bosasa whistle-blowers at his home, sometime in November 2017, Agrizzi met him to reveal his Plan B.

During this meeting, in December 2017, Venter testified, Agrizzi gave him a diagram to illustrate how it would all go down.

They would squeeze Watson into ceding the Correctional Services deal and Agrizzi would, “through his BEE company”, re-negotiate a R12-million-a-month deal.

Bosasa would essentially get an “annuity” of 30% of the contract value – much more than it was in line for anyway. The guys, well, they would be taken care of.

But, his flow chart also showed what would happen if Watson didn’t relent: They would unleash the full might of media leaks, complaints to regulators and law enforcement.

“Exposing the politicians who had cameras installed at their homes, payoffs and bribes,” Venter said.

Under a section labelled “impact”, it was noted, among other things, the reputational risk, the loss of business, a SARS investigation into the affairs of the company and the closure of the Bosasa’s bank accounts.

Venter testified that Agrizzi allegedly said the evidence stash would become ammunition during the negotiations – and that he would hand the material back to Bosasa once they seal the deal.

“Thinking back now, this plan (plan B) was carried out.”

He testified that when he cut communication with Agrizzi, he would be confronted with threats, some on Telegram, with Agrizzi allegedly telling him “you better come clean”.

But Venter was not able to totally dismiss Agrizzi’s intentions of spilling the beans.

“He really wanted me to expose Watson.”

He told the commission that Agrizzi never mentioned the fabrication of information to implicate Bosasa or Watson and that he really seemed to want everything out in the open.

But Agrizzi leaked Venter’s statement and, later on, a copy of a signed version went to his bosses at the auditing firm who had been in the dark about his Bosasa moonlighting stint, nor about a boundary wall he said Bosasa had organised to be built for him at his home. Venter was suspended in August 2018 and resigned the next month.

And neither, he testified, did his employer know that he had used a dormant family company to help channel invoices through to Bosasa for a tax consultancy that was assisting the company in its SeaArk woes with SARS.

Venter maintained the tax-related switch of SeaArk to a new entity, Bosasa Supply Chain, allegedly later used to circumvent tax liability, was above board.

But he confessed to having been party to a scheme whereby he and Agrizzi, among others, had scored extra cash on the side through inflated invoices.

Invoices from TRM would go to Miotto for altering and submission to Bosasa – but not before Miotto, allegedly on the instruction of Agrizzi, would pad them so Agrizzi and Venter, among others, could make some extra cash on the side.

Miotto Trading, the commission heard, was not used for much other than this project and payments to Motsoeneng’s lawyers and the law firm through which the nondescript Ramaphosa donation flowed.

Venter said he had no knowledge that this money was meant for the Ramaphosa campaign and said that when he asked Watson what the R500,000 (paid from Watson’s personal account) payment was for, Watson allegedly told him it was for “social development” linked to Ramaphosa’s son, Andile.

Venter said he had no knowledge beyond that – a strand of evidence beautifully sewn up by Agrizzi when he testified before the commission about what Venter had allegedly stated in his affidavit when he was in on the tell-all mission.

Venter’s testimony continues on Wednesday while Agrizzi is scheduled to return to the State Capture Commission on Thursday, 24 hours after his scheduled court appearance on Wednesday. DM

State-owned entities: Why the state should (mostly) get out of business

Before embracing 4IR, our schools must get the basics right

The Broederbond: A prototype for State Capture

Daneel Knoetze for Viewfinder • 17 mins ago