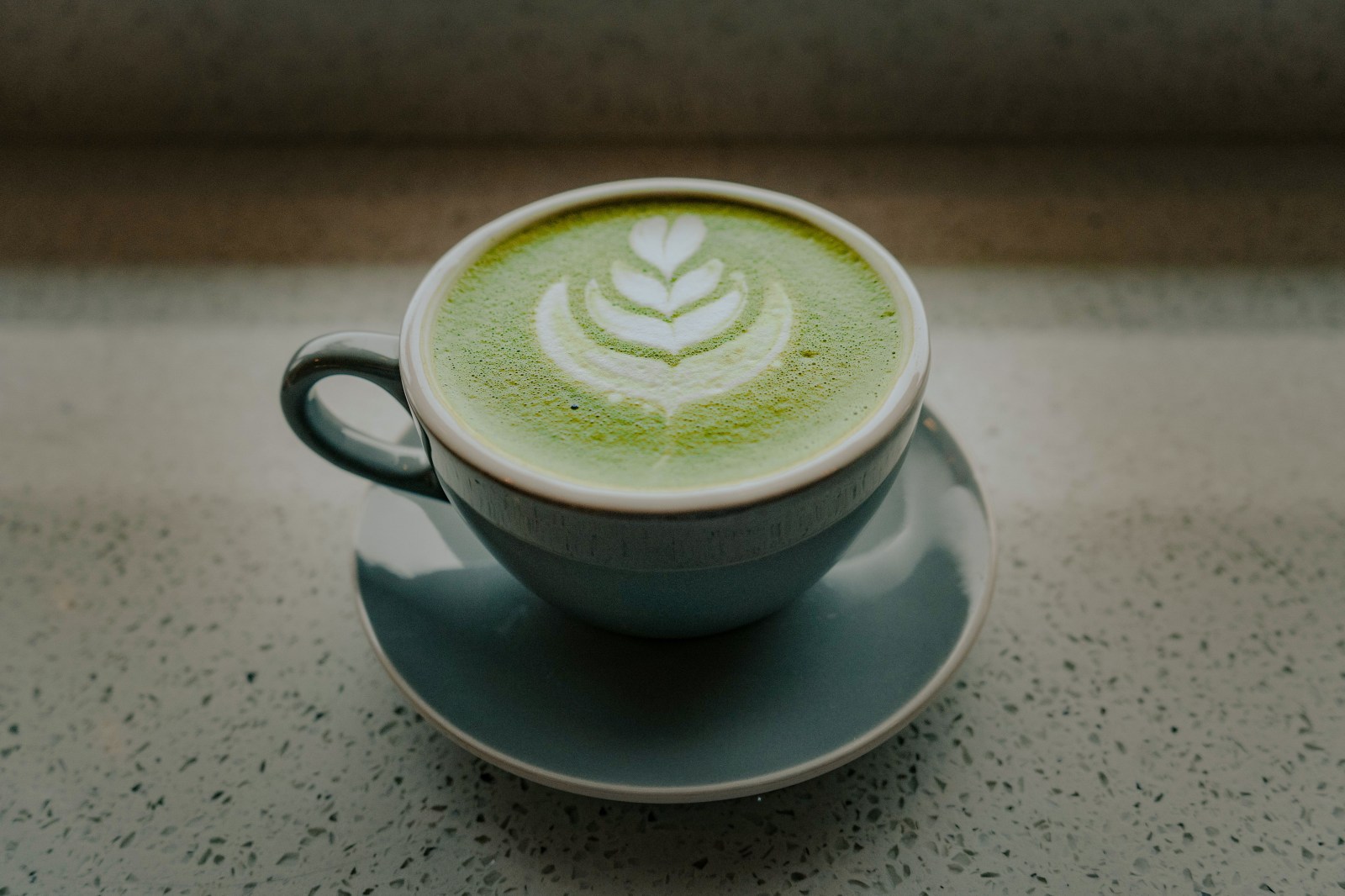 In two months, Woolworths has been accused by three small businesses of plagiarism and not upholding its oath to source locally. Two are small-scale start-up food companies with niche health products. This week they spoke out to TGIFood about the apparent hypocrisy of the massive food retailer, purportedly grounded in the ethics of fairness, integrity and a ‘Good Business Journey’. By the end of the week, there’d been results.

Woolworths has been here before. In 2012, it had to discontinue a soft beverage range because it was ruled that it did indeed imitate the products of Frankie’s Olde Soft Drink Company. In 2013, designer Euodia Roets accused them of copying her illustrations. In 2019, it had to remove baby carriers from its shelves and donate them after it admitted their product was similar to that of Ubuntu Baba.

In 2019, two more voices have joined the fray. Despite its Good Business Journey, Woolies seems to be on a rocky one.

In 2015, Happy Earth People produced its first batch of lentil and chickpea pasta. At the end of 2018, it was working on securing funding from a potential corporate partner. When the founders saw the Woolworths version of its product on the shelves during that same time for the first time, they knew their opportunity would be lost. And indeed, it was.

The potential partner told them that if they could convince Woolworths to stock them, they would reconsider partnering with them.

Taleszia Pillay, one of the founders, said she twice requested a meeting with Woolworths. Each time she stressed their potential as a local and responsible supplier of legume pasta. She said Woolworths rejected her request both times without explanation.

She says that since the arrival of the Woolworths version of legume pasta, their orders and sales have decreased drastically. She hoped that by sharing her story on the business’ blog she could help others to talk about how they have been impacted by “corporate culture” in South Africa.

In fact, it did. Michelle Legge, the founder of Superlatte, shared her experiences on her blog too. Like Happy Earth People, she had started out selling her product at a market in Cape Town. She sold powdered plant-based superfood blends which could be blended into lattes. Her product was riding the wave of an international trend, but she made sure to register the business’ name. Within a year, her blends were being sold and served in supermarkets and cafés.

According to Legge, she was first aware in June 2017 that Woolworths had introduced its own version of superfood powdered-drinks lattes to its café menu. They were called “Super Lattes” and featured only three blends – turmeric, beetroot, and matcha. Later, these powders would be sold as single sachet servings with two named exactly like her blends – Red Velvet Latte and Golden Latte.

It seemed to her as though Woolworths was riding on the success of her brand name.

Despite being worried that the branding of the Woolworths drinks would cause confusion between her product and theirs, she decided not to take legal action. She felt she would stand no chance against them.

However, over the next two years, she found that the two brands were being confused to such an extent that customers would think they were drinking her blends at Woolworths and tell her how “bad” it was.

In February 2019 she decided to tell of her experience on the brand’s website to clear its name. Almost a week later, Woolworths had met with her to address her concerns, despite the fact that they “…categorically deny the allegations that we copied this product”.

Woolworths say they first became aware of Superlatte and their concerns once it read the blog post in 2019, but has known about the international trend of “superfood” lattes since 2016.

“We refer to these ‘superfood’ drinks as Super Lattes on our beverage menu, based on research on how it is sold across the world and because the term ‘super latte’ is descriptive of lattes that contain components of what is generally referred to as ‘superfoods’.

“Our supplier has been producing powdered and rooibos based drinks since 2005 and has extensive powdered drinks expertise and heritage. In April 2017, following extensive trials and tastings of Turmeric, Beetroot, Matcha and other flavours, we launched commercial production of this product and introduced them in our WCafes in May 2017,” Woolworths told Daily Maverick.

After an “open and honest” dialogue with Woolworths, Legge reported that Woolworths had told her it would keep the names on the menu, but may add “Woolworths” or “Woolies” in front of the names to avoid confusion.

Woolworths confirmed to Daily Maverick that this offer has been made and that the menus would be changed to read “Woolworths Super Lattes”.

Legge explained that Woolworths said it is “… a fast, interim solution to act on the points I raised – and one that could be explored further down the track to be of potentially greater benefit to my company”.

Legge added: “I disagree, and naturally feel disappointed that a meaningful change is not on the cards. I still believe that the WW offering is inferior [to my product, Superlatte], and thus damages my brand reputation,” she added.

Yet, Woolworths said, “Unfortunately the ‘super food’ hot beverage category is very small and we have an existing relationship with our local supplier. This does not exclude us from exploring additional possibilities with Superlatte in the future, should the category grow and new opportunities arise.”

It is unclear if Happy Earth People will soon glimpse a compromise with Woolworths as they have not been granted a meeting thus far.

However, Pillay told Daily Maverick that Pick n Pay has been in contact with Happy Earth People to stock their products. This could not be confirmed with Pick n Pay before publishing. Pillay says that this is an “extremely positive” outcome after all.

Woolworths has said that it only became aware of this pasta company after it had launched its own legume pastas. It said its supplier had first presented the idea to it in 2015.

“We only import food products to offer customers availability when we cannot source products locally, or to offer regional specialities such as French cheeses, Italian pastas etc.”

Its superfood powdered lattes have been made in South Africa by a supplier who has been providing them with powdered and Rooibos based drinks since 2005.

When asked if it will switch to a local supplier of legume pasta now that it is aware of one, Woolworths responded:

“The Woolworths food business is built on long-term, sustainable relationships with our suppliers who understand our strict quality, protocols and sourcing requirements. We require our suppliers to invest heavily in the capabilities and capacity needed to deliver our product strategy – we, therefore, have a responsibility to our existing suppliers to optimise such investments. If this competence or capacity does not exist within the existing ambit, we would search for such supply outside the existing supplier base.

“We import dried pasta to provide customers with authentic pasta produced in Italy. Our Italian pasta supplier has been producing pasta since 1920 and has immense pasta-making expertise and heritage. We have been importing dried pastas from our Italian producer, with whom we have established a relationship, for more than 20 years.”

However, such efficiency may come at a price.

Speaking about business ethics in general, Dr George Hull, a senior lecturer at the Department of Philosophy at the University of Cape Town, said:

“If somebody has come up with a highly innovative idea and put in the work needed to realise it, how can it be right for another company to swoop in, copy their design and reap all the profits? Fairness tells us that socially beneficial innovation and effort should be rewarded. This is one reason for patents… Where patenting is impractical, it is legitimate to expect good-faith practice from large corporations out of respect for fairness.

“Being ethical is also about being honest. We bring up our children not to deceive people. We don’t say, ‘Don’t deceive people, unless you have incorporated as a business!’ It is quite possible to deceive people intentionally without lying outright. If a company deliberately uses a product name or logo which is almost identical to that of another company, in order to make consumers believe they are buying the other company’s product, that is clearly deceptive. Like other cases of deception, it shows disrespect. The company would deserve to lose its customers’ trust, once they realised the wool had been pulled over their eyes.” DM