Mboweni’s task – keep the wheels turning and the lights shining 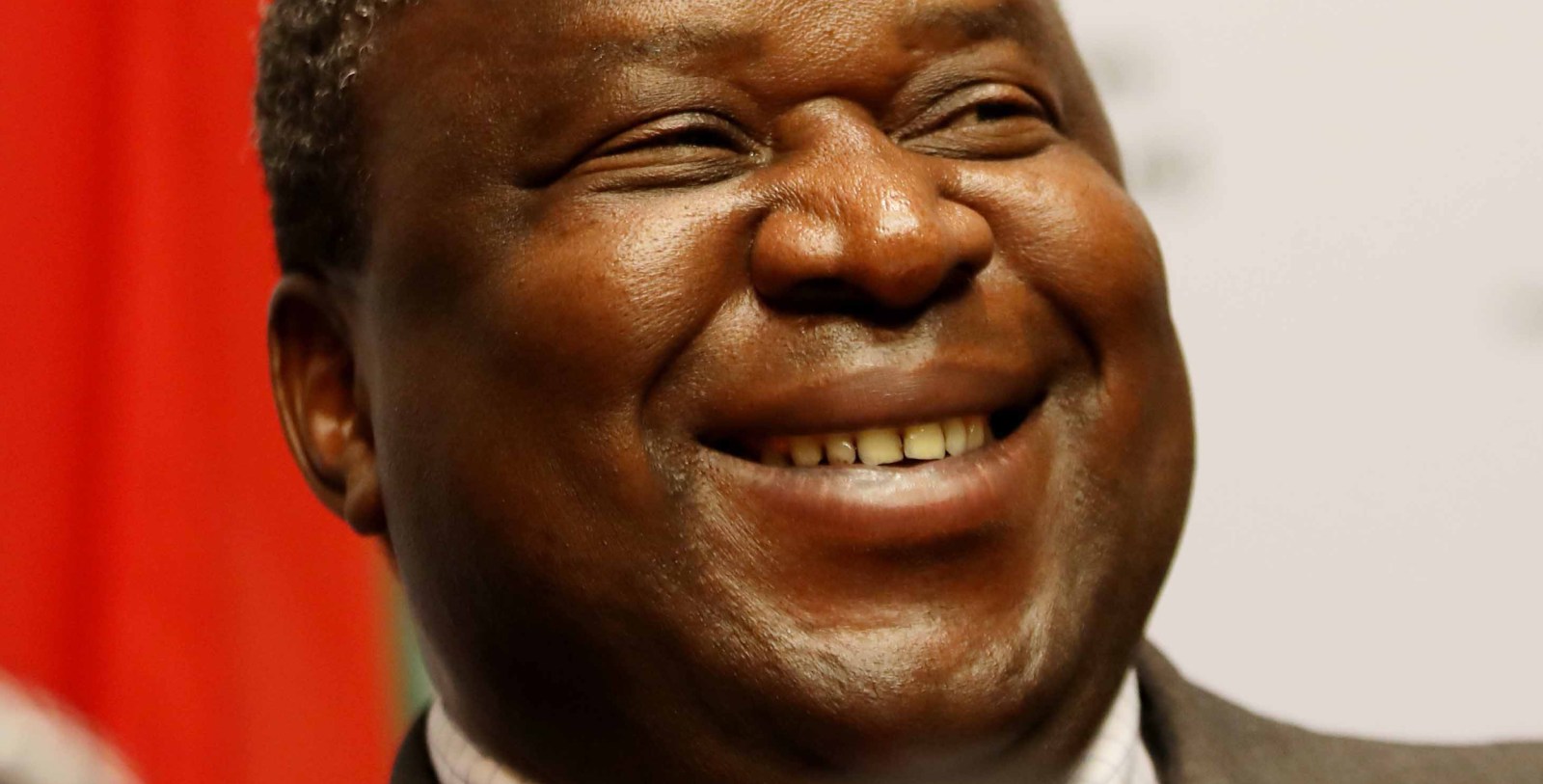 On Wednesday, Finance Minister Tito Mboweni will stand up and deliver in Parliament what some believe will be his one and only Budget speech. It is his job to make the governance decisions that matter – and at a time when there is evidence of divisions between the ANC and its alliance partners.

The recent history of the National Treasury and of the Ministers who have represented it shows how important this office is to the government. While some of the pressure may have eased, the politics of the moment is no less excruciating. In juggling the books, Mboweni is likely to leave some very angry come Wednesday evening. The big problems of the day, Eskom, state-owned entities, social grants, all of it, fall under his watch.

Up until just four years ago, Budget speeches in South Africa followed a regular pattern. The Minister, whether it be Trevor Manuel, Pravin Gordhan or Nhlanhla Nene, would stand up, and speak. Then almost everyone, from across political divides, would stand up and applaud. Most people appeared to be proud of the chosen ones who led and worked at the National Treasury. They were seen as the best and brightest, people who had been groomed to work there, who were seen as working for the betterment of society. They had the important element of legitimacy; even if someone disagreed with a particular decision, they were still respected.

That all changed on 12 December 2015, when then-president Jacob Zuma fired Nene. Suddenly Budget speeches became all about contestation. In February 2016, Gordhan received a series of questions from the Hawks just days before he was due to deliver his address. In 2017, the National Assembly was on tenterhooks about Gordhan’s Budget, because of the intense politics around him. Almost the entire house stood up to applaud him at the end, if not for his Budget, then for the role that he was playing. But four people did not stand up, in what was a clearly choreographed move. For the record, they were now Women’s Minister Bathabile Dlamini, Small Business Development Minister Lindiwe Zulu, former State Security Minister David Mahlobo, and former Finance and Cooperative Governance Minister Des van Rooyen. Just six weeks after this speech, Zuma fired Gordhan.

Then, of course, 8 months later the ANC fired Zuma, and in 2018, the budget was delivered by Malusi Gigaba, in one of his last outings as Finance Minister. Unfortunately, for this ministry, the turbulence did not end there. Nene was reappointed by Ramaphosa, but had to resign after it emerged that he’d lied about meetings he had had with the Guptas. In a difficult political spot, Ramaphosa then appointed Mboweni, making him the first person to be both the Reserve Bank Governor and Finance Minister.

Mboweni is in a complex position. It is not known whether he wants to retain the job or not and there appears to be evidence that he may not stay in the position after the elections. It also appears that he has been asked to occupy the spot to get the country over a rough patch. Mboweni also has a reputation for speaking his mind, when others may not. This was first seen in his public comment that SAA should just be sold. Then there’s @Tito_Mboweni. On Twitter, he can be, if you’ll excuse the phrase, ungovernable.

It must be pointed out just how complex and politically difficult some of the choices facing Mboweni actually are. The Budget is where the governance rubber hits the road of need. It’s where the real decisions are made, where opportunity cost is actually measured. It is the Budget that shows that while Zuma was talking about land as a priority, his government was spending more money on VIP security.

The biggest test is Eskom. Not only is it a fiscal test, but it is also a huge political test because of the divisions within the ANC. Mboweni has to find a way to navigate between the demands of those who believe that there should be large-scale cost-cutting at Eskom, and those who want the status quo. At the same time, Eskom says it is currently operating at a loss, and if there is no bailout, it will go broke in just a few months time.

In normal times, this would be difficult to do. But, because the government is literally running out of money, and can’t really raise taxes, the situation is better described as extraordinarily difficult.

As hard as it is to imagine, Mboweni has an advantage over the previous finance ministers. This particular crisis gives him room to justify taking actions that would have been politically impossible in the past. And if it is true that Mboweni doesn’t care to come back to the position after the elections, then he has nothing to lose.

In addition, the current pre-election phase could actually be a political sweet-spot for Ramaphosa. The ANC needs at the very least to appear unified in front of voters so there is limited space for those who will so disagree with Mboweni’s decisions to actually have to express that disagreement. So the Ramaphosa-Mboweni team could administer a bitter medicine to their alliance partners, Cosatu and SACP, as well as Zuma-aligned factions.

For example, this may be a once in an-election-cycle opportunity to force through a proper Eskom reform. It would be difficult for those in the ANC who oppose change to stand up and say so in public before the election, thus strengthening Mboweni’s hand. The same may be true for other areas of governance that need reform, particularly in the State Owned Entities. Mboweni is clearly not a fan of government remaining the sole shareholder of the SAA, and this could be an opportunity to change that. There are many other opportunities in the same sector. Why, for example, should the government own a company for diamond prospecting, or even a company that runs airports as a virtual monopoly, especially when there is an urgent need for cash?

But even for Mboweni, at this moment, there will be lines he cannot cross, if only because Ramaphosa would not be able to push through with the changes after Mboweni has gone.

While time to effect change in this way is limited, there are also a plethora of other difficult decisions to make. Being an election year, it would seem foolish to increase taxes in any way. Particularly after the increase in VAT in 2018 led to such political opposition. There is also a limit to how much tax people will pay, before the numbers of those who try to evade (or is that avoid…) paying tax starts to increase. Already the top tax bracket is 45%. Should that reach 50% it is likely that many people will see a red line crossed.

There will be the annual temptation to raise the fuel levy, to claw back more money from the sale of petrol. That said, the huge anger at the way the petrol price rose late in 2018 is also a demonstration of how contentious this issue is.

All of this demonstrates that it is possibly close to impossible to get any more money into the state kitty, making it even harder to spend more.

But there are some areas where spending could be cut back, perhaps in a way that could have some symbolism. Zuma tended to focus on the security aspects of governance, this is why that VIP protection budget was so high. Mboweni might be tempted to cut back on some of that spending and in so doing provide proof that there is, in fact, a “new dawn”.

Health and Education cannot lose any of the money they currently receive – that would make services worse than they already are. Many people subsisting on social grants still live under the poverty line, and at the very least, an inflation-linked increase will be expected. Even the military is overstretched and unable to maintain the equipment that it has. We are a nation where people need the government to provide services, and it would be hard to argue that they must suffer because of the misspending of the recent past.

In the end, Mboweni’s main job is actually to do what the National Treasury has done so well over the years – to hold the fort. To keep everything ticking over, and hope for the weather, politically speaking, to change. And, in the meantime, quite literally, to keep the lights on. DM