27 Hawks’ questions to Gordhan – the complete list: All about ‘Covert Unit’, all facts out there already, so why are Hawks targeting Gordhan? 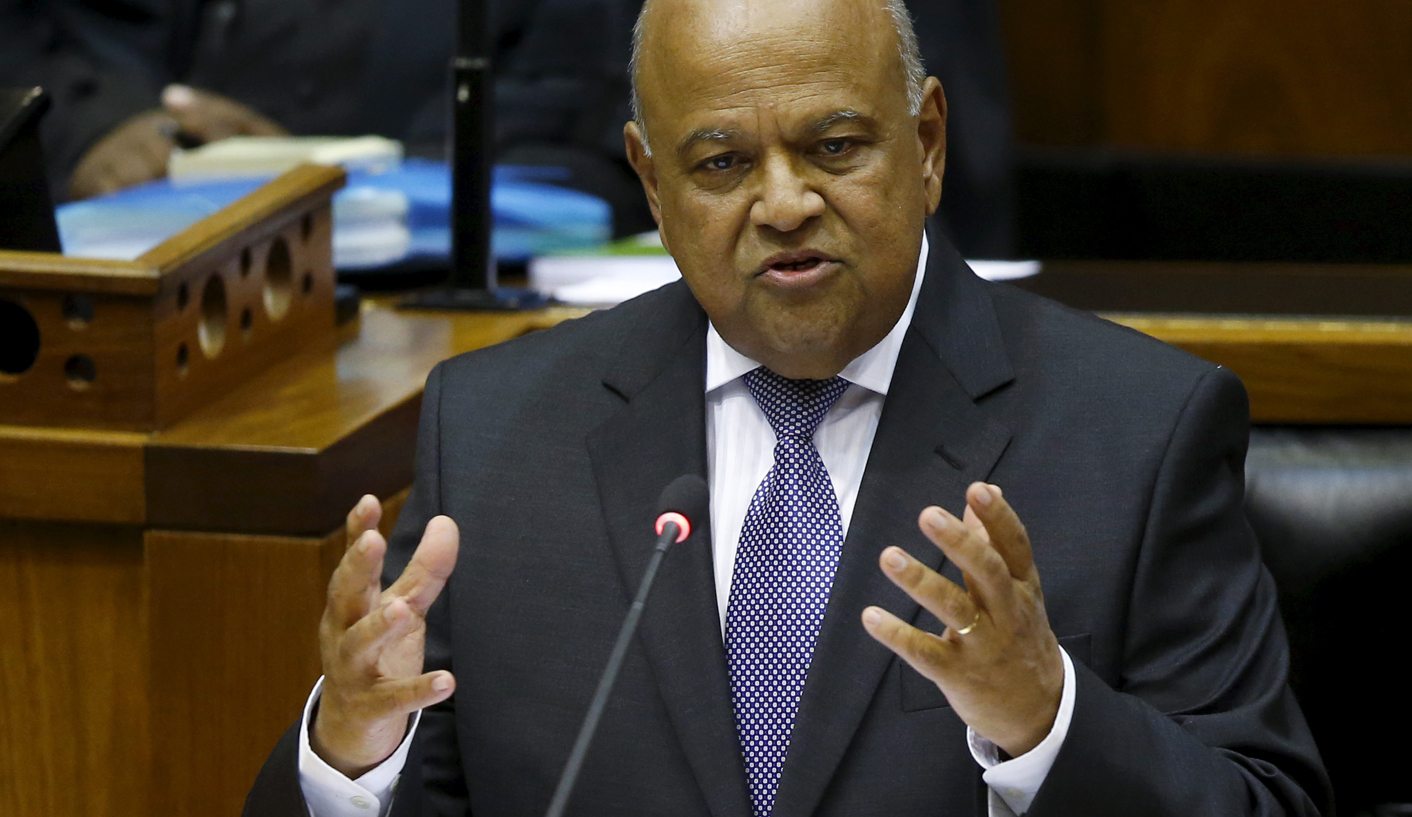 Thick files running into thousands of pages of comprehensive documents, on the establishment and work of a special investigations unit in SARS and dating back to its inception, have been handed to three panels and inquiries tasked with scrutinising the legality of the unit. Why then would the Hawks – who have access to all this evidence – send a list of poorly-penned questions to the Minister of Finance, just days before he was due to deliver his budget speech? This current “investigation” by the Hawks has all the makings of a “witch hunt”. By MARIANNE THAMM.

The 27 questions which the Hawks have now claimed are merely an attempt at seeking “clarification” on an alleged covert “rogue unit” in SARS and that was established under Gordhan’s watch as commissioner, read like an amateurish fishing expedition.

Considering copious and detailed documentation available to Hawks investigators – including minutes of meetings with State Security Agency officials, various signed agreements as well as statements by key players – which were all submitted to the Khanyane and Sikhakhane panels, as well as an inquiry headed by Judge Kroon, the charges would have been drawn up by now if a criminal case was to be made.

Particularly considering this is a matter of national and international importance and involves the country’s revenue collection service and its Minister of Finance. And even more so considering an apparent “war” brewing between opposing factions within the ruling party.

Instead, the gist of the Hawks questions, apparently personally handed to Minister Gordhan by Hawks head Lieutenant General Berning Ntlemeza, appear more a diversion tactic or outright harassment rather than a real attempt at obtaining legal clarification.

While the Khanyane and Sikhakhane panels, as well as the inquiry headed by Judge Kroon, all had access to these documents, none of those implicated, including Gordhan, former Commissioner Ivan Pillay or group executive Johan van Loggerenberg were called to give evidence or were cross-examined. The veracity of the allegations into the “rogue” unit and any role in this by senior officials can only be tested in an arena where they are subject to impartial and legal cross-examination and evaluation in a court of law.

In this light then the current “investigation” by the Hawks has all the makings of a “witch hunt”.

Not a single of the Hawks’ 27 questions highlights or indicate which of the country’s laws, or sections of laws, may have been breached or violated in the SARS establishment of a unit to investigate serious organised crime and tax evasion in South Africa. Nor does it offer Gordhan any indication where he might have acted illegally in relation to any legislation that was applicable to his mandate.

Here is a full list of the questions, verbatim:

11.1 Do you know anything about operation code named “Sunday Evenings?” The bugging or installation of sophisticated surveillance equipment the NPA Offices?

11.2 Who authorised it, is this in line with SARS mandate?

11.3 What was its objective and targets?

A controversial KPMG forensic investigation into the same matter – and during which none of those fingered were interviewed or cross-examined – has been submitted to Commissioner Tom Moyane but with the proviso that it not be used “for the resolution or disposition of any disputes or controversies thereto and is not to be disclosed, quoted or referenced, in whole or in part”.

Commissioner Moyane instigated an apparent purge of senior SARS officials shorty after his appointment by Jacob Zuma, partly on the basis of leaked and untested reports to The Sunday Times newspaper about the “covert” or “rogue” unit. The paper was subsequently found to be in breach of several sections of the Press Code in that its reporting had been “inaccurate, misleading and unfair” and ordered that the paper apologise to Gordhan.

In his statement of support of Gordhan last week, ANC Secretary General, Gwede Mantashe, hinted at some in the party’s thinking with regard to the apparent Hawks investigation.

“In the event that the Hawks have anything to investigate related to the Minister and SARS, it would be in the best interest of our country if they did so professionally, using the correct channel and procedures and not seek to conduct a trial through the media,” said Mantashe.

That correct channel and those procedures would be through the country’s courts. DM