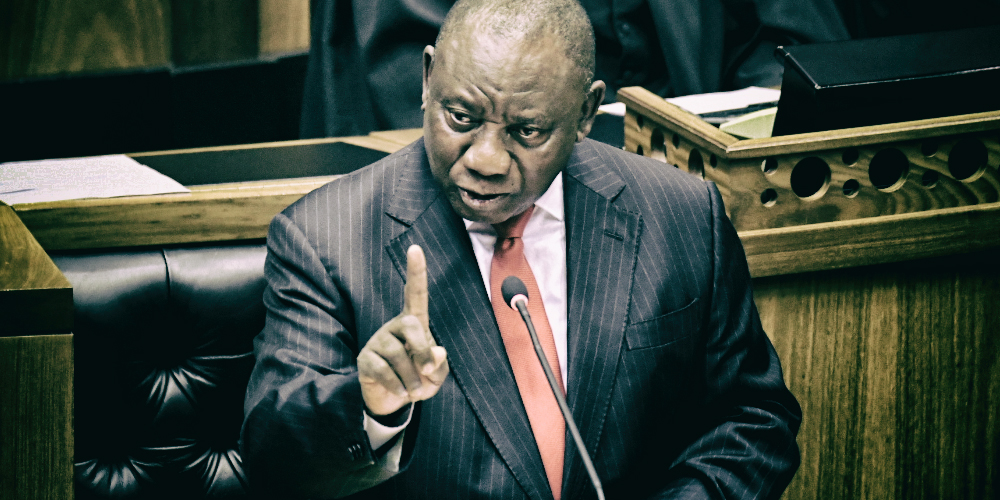 President Cyril Ramaphosa said on Thursday that the strained public purse will cough up to help stabilise the ailing Eskom, but kicked for touch to next week’s Budget on the details.

President Cyril Ramaphosa’s reply to the parliamentary debate on his State of the Nation Address (SONA) was focused on answering in-house criticism by the governing ANC that his address last week had been too business-focused, and that the Eskom restructuring was tantamount to privatisation.

It was a misstep by a president whose fleetness of foot has allowed him to take the lead on the political dance floor.

Just hours after the National Mineworkers Union (NUM) publicly stated it could no longer guarantee its members would vote ANC — “If the ANC proceeds with the unbundling of Eskom without taking all stakeholders along, it is going to cost the party,” it said in a statement — Ramaphosa moved to reassure ANC alliance partners.

“The reference to cost-cutting should not be understood to mean retrenchments. The preferred strategy in reducing human resources costs will be to offer voluntary packages to staff,” said the president.

“We accept, as government, that we have not done enough to bring some of the key stakeholders, such as labour, on board, and are determined to correct this.”

That would have been the reassurance sought by the NUM and its federation Cosatu, which had backed Ramaphosa in the bruising run-up to the 2017 Nasrec ANC conference. In September 2018 the labour federation elected Zingiswa Losi as its first woman president. She had run unsuccessfully for one of the ANC Top Six positions on Ramaphosa’s Nasrec ticket.

Ramaphosa also came under other sharp criticism, particularly from the National Union of Metalworkers of South Africa (Numsa), over the independent energy producers’ renewable energy projects that Eskom purchases. While Numsa and others have argued this renewable energy is costing Eskom an arm and a leg, Ramaphosa said on Thursday:

“South Africa is now getting renewable energy at some of the lowest tariffs in the world.”

And neither did renewable energy threaten jobs. Some 112 renewable energy projects would create 114,266 job years — one full-time job for a year — over their construction and 20-year operation period.

“We will work with all stakeholders to ensure that our gradual transition towards new forms of electricity generation creates jobs, develops new capabilities and does not negatively affect the livelihoods of communities,” argued Ramaphosa, saying renewable energy was also part of South Africa’s climate change mitigation responsibilities.

While Parliament’s public enterprises’ committee on Wednesday was frankly told there was no quick solution to the Eskom debacle, Ramaphosa took this message to the joint sitting on Thursday. It would have to be a complex, multifaceted approach that also included a Cabinet committee — it curiously includes intelligence and police — to deal “daily” with Eskom and keep the president informed.

While it was clear Eskom had “to be assisted by the state so it can stabilise its finances”, the actual details of how much Eskom’s financial, structural and operational mess would cost South Africa is left to Finance Minister Tito Mboweni to announce in his Budget on 20 February.

There has been widespread speculation that the most likely option would be a debt swap, jargon for the government taking over a portion of the debt. The number repeatedly raised with regard to Eskom’s R420-billion debt, incurred on the back of government guarantees of R350-billion? R100-billion. That would push the government’s debt-to-gross domestic product (GDP) to the 60% mark sooner than expected, where the ability to repay debt can become a real concern. At this debt-to-GDP level, a government’s ability to borrow further is limited.

Public finances are deeply troubled. While in April 2018 value-added tax (VAT) was raised by one percentage point to 15% for the first time in democratic South Africa, the R23-billion this raised largely went to settle the VAT refund backlogs the tax authorities had incurred amid political strife and internal unravelling at the South African Revenue Service (SARS).

Eskom’s financial and operational crises, and the rands and cents taken from the public purse to help rescue the power utility, are set to impact elsewhere on government socio-economic programmes, although Ramaphosa said job and inclusive economic growth projects had to remain untouched.

“It is therefore necessary for us to prioritise, to make trade-offs. We need at this time to direct our resources to those programmes that have the greatest impact on poverty alleviation, job creation and economic growth.”

Ramaphosa’s brief statements on Eskom, which captured the extent of the crisis and foreshadowed tough news come Budget, came after a meander across social matters, with children at the centre. Or, as the president put it:

“Our programmes must be measured, first and foremost, by the impact they have on our children… They cannot vote, they do not set policy, and are therefore too easily ignored. Yet their interests must be placed at the forefront of our policies”.

That was the hook by which to give more prominence to the social policies many in the governing ANC regard as a success, be these better matric pass rates or social grants. Taking this tack allowed Ramaphosa to re-canvass SONA announcements such as increasing provisions of two extra years of early childhood education, tablets for all learners, boosting anti-gang policing and entrenching a reading culture.

It was an important nod to ANC and other critics that his SONA had been orientated too much towards business.

“From special economic zones to the black industrialists programme, from investor road shows to the Buy South Africa campaign, all our efforts are measured by the impact they have on those in society who have least,” said Ramaphosa.

“Our programmes must be measured, first and foremost, by the impact they have on our children.”

It was a meandering SONA reply that delivered a history lesson to dismiss Cope leader Mosiuoa Lekota’s claims that he had sold out in 1974 — “These accusations of people selling out (are dangerous), have led to the deaths of people” — while seemingly moving to damp down a resurgence of such rumours internally.

The ANC on Thursday issued a statement expressing full confidence in Ramaphosa and dismissing Lekota’s claims:

“Allegations of this nature are often made when the accuser fears exposure for his own misdeeds or runs out of political ideas.”

This came 90 minutes before Ramaphosa took the speaker’s podium and announced that he would, against advice, address Lekota’s claims.

“I have never been a spy. I have never worked for the enemy. All I have ever done is my commitment to our people,” said Ramaphosa.

In the mix came a nod to Thursday’s Valentine’s Day, possibly taken from the book of IFP leader Mangosuthu Buthelezi. While the IFP leader in 2013 handed flowers to several women Cabinet ministers in the House for that year’s SONA, Ramaphosa was a tad more traditional with roses brought to Parliament for a “hearty, happy Valentine’s Day”.

It was about the only light moment in the about 90-minute presidential reply to the parliamentary SONA debate where Ramaphosa, again, called for unity of purpose and collective action.

“The challenges we face are many, are complex and are substantial, and we will require collective and concerted effort to overcome them. If ever there was a time when South Africans need to work together, it is now.”

But then again, it is an election year. And, as his reply to the SONA debate showed, sometimes making sure your own side has your back is the more important consideration. DM