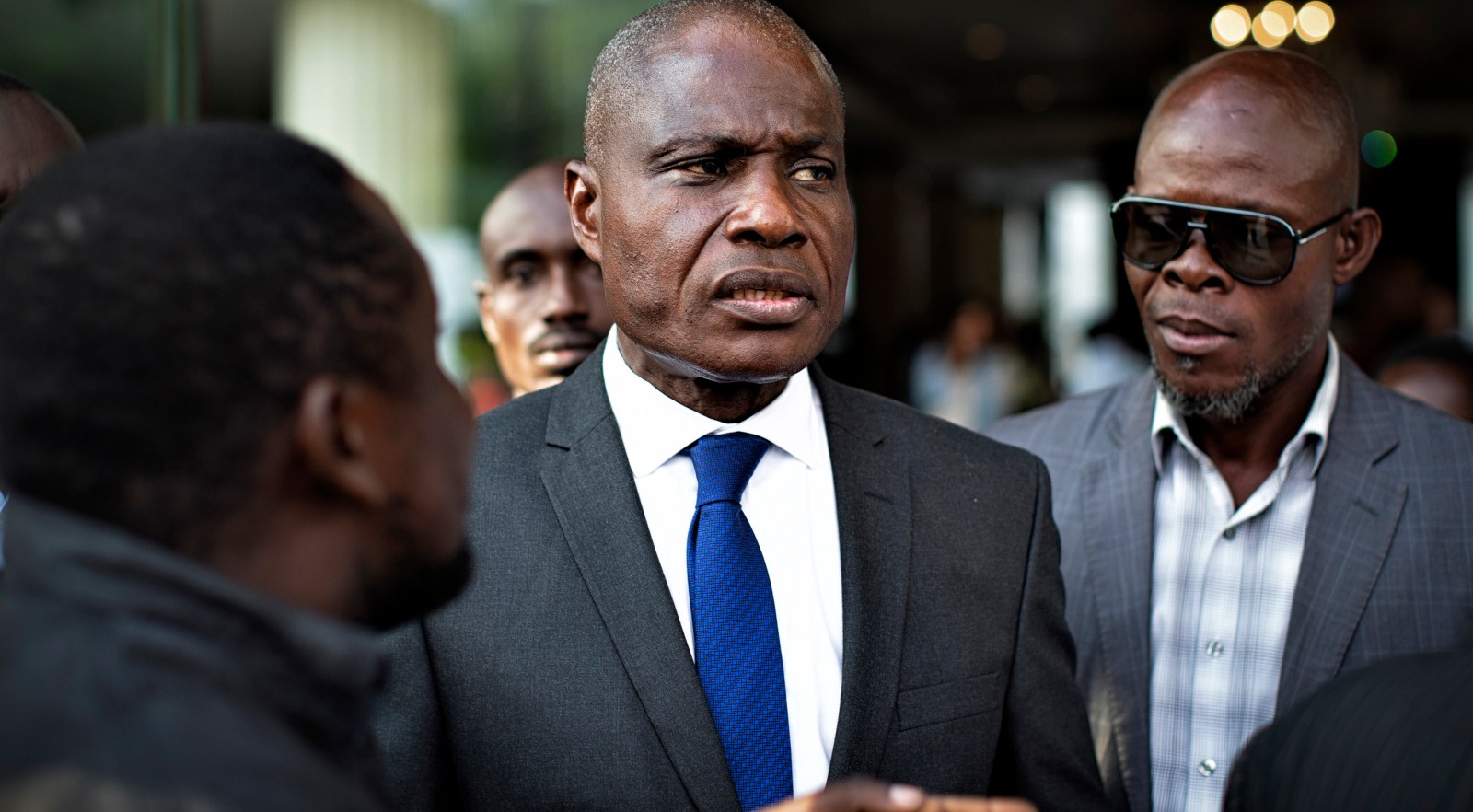 DR Congo's joint opposition candidate for the Presidential election Martin Fayulu looks on after meeting with Emmanuel Ramazani Shadary, the ruling party candidate, and Felix Tshisekedi, the leader of the Union for Democracy and Social Progress (UDPS) party (not pictured), in Kinshasa, Democratic Republic of the Congo, 29 December 2018. EPA-EFE/STEFAN KLEINOWITZ

The much-anticipated announcement of presidential election results in the Democratic Republic of Congo has been postponed while government and the opposition accuse each other of wrongdoing. South Africa, once a crucial ally to Congolese democracy, is taking a wait-and-see approach as two tales of an election unfold.

President Cyril Ramaphosa has spent most of his first 11 months in office shaking up government, but in foreign policy, much has remained the same. South Africa appears to have sided with China and Russia in the first meeting of its current term as non-permanent member of the United Nations Security Council, dashing the hopes of some Western powers that one of Africa’s strongest democracies could be a valued ally.

The meeting on the aftermath of the elections in the Democratic Republic of the Congo, at the UN headquarters in New York on January 4 2019, took place behind closed doors. France called for the gathering amid concerns from Congolese civil society and the opposition, and some foreign powers, that a delay in the announcement of results could affect the legitimacy of the new government and spark tensions similar to those that followed the 2006 and 2011 elections.

According to a Reuters report, the Security Council was split down the middle over the publication of a statement after Friday’s meeting. It would have recognised that the DRC elections allowed people to exercise their democratic right and it would have called for calm, while criticising the government for cutting off access to the internet and media outlets such as French public radio, RFI, following the elections which took place on 30 December.

Those in favour of the statement included the United States, Britain, Ivory Coast and Belgium. Those against included South Africa, which said the statement could “inflame” people ahead of the results, Russia, which said it was an attempt to skew public opinion, and China, which “lauded the manner in which the elections were conducted”, according to a report on the meeting.

South African ambassador to the UN, Jerry Matjila, did not react to a request for comment, but in a video posted on Twitter by Deputy Africa Director at Human Rights Watch, Ida Sawyer, Matjila said after the meeting that South Africa would wait “for those responsible for the elections to announce”.

He said those “who may feel otherwise” could follow the processes available after the announcement to object. He said all the candidates were called by the Southern African Development Community (SADC) beforehand to sign a code of conduct, which included “one, to allow free and fair elections, two, to respect the outcome of the elections, three, not to inflame the passions in the DRC, [and] four, to respect the constitution of the DRC”.

Department of International Relations and Co-operation spokesperson Ndivhuwo Mabaya responded to queries about South Africa’s position only by saying that it was the same as that of the Southern African Development Community (SADC) elections observer mission, which declared in its preliminary report on 2 January that the election went “relatively well”. The report said:

“Taking into account the range of challenges posed by these elections, the mission has concluded that the elections were relatively well-managed. The election allowed the majority of the Congolese population to exercise its right to vote.”

The DRC’s Independent National Electoral Commission (CENI) was expected to announce the results on January 6, but has since postponed it to an unspecified date. Mabaya posted on the department’s Facebook page that South Africa joined SADC, the African Union “and many other international organisations in awaiting the elections results”. He said:

“Any other body of civil society should refrain from announcing any results of the elections which may undermine peace and stability in the DRC, as well as multilateral processes.”

The National Episcopal Conference of Congo (CENCO), which represents the country’s Catholic bishops and which had 40,000 observers at the country’s 70,000 polling stations on election day, said it had already tallied the results. It declined, however, to name the winner — which it said had more than half the votes — as the country’s electoral regulations forbid anyone but CENI to announce the results. There have been reports that opposition candidate Martin Fayulu won.

Africa Confidential reported that the US and “some European governments” — and also, apparently, some members of the opposition and civil society — have pressured South Africa and the DRC’s neighbouring Angola to discourage Kabila from fixing the poll results in favour of his preferred successor, Emmanuel Ramazani Shadary.

One opposition leader, Moïse Katumbi, who threw his weight behind Fayulu after he was blocked from returning to the DRC to contest the elections, said the DRC needed South Africa “to support the efforts of a peaceful transition”. He said CENI’s claims of only being halfway in counting the results is “fake news”.

“At each polling station the witnesses and observers signed the accounts of the ballot, and everything was done on the same day. All the offices have already counted the votes, and if CENI says they are still busy compiling the results, it is a fake story.”

Katumbi came to South Africa early in 2018 to launch his election bid to a large crowd consisting mostly of Congolese expats and refugees, barely a month after Ramaphosa took over from former president Jacob Zuma.

Many in the opposition and civil society in the DRC considered Zuma to have been close to Kabila because of Zuma’s family business interests in the DRC, and commentators said Katumbi’s move was an attempt to signal to Kabila that he could no longer count on South Africa as an ally. The DRC opposition, as well as members of the governing party, have since met, on separate occasions, with ANC leaders to discuss the elections.

A senior South African government leader has admitted that South Africa has been “seriously missing in action” on assisting the DRC in achieving a peaceful election outcome.

Kabila’s humiliating rebuttal to Ramaphosa’s appointment of former president Thabo Mbeki as special envoy to the DRC might have had a significant chilling effect. Kabila refused any outside help or funds for organising the recent election, which took place two years later than it should have.

Mbeki has previously worked closely with Kabila, having been the main convenor of a process that led to the signing of the Sun City Agreement in 2002, which helped end the Second Congo War and which set out a roadmap towards democracy.

South Africa has invested millions of rands in tax money on this process, as well as in assisting the DRC in its 2006 and 2011 elections — all of which could again go to waste if the worst of the DRC’s history repeats itself. DM