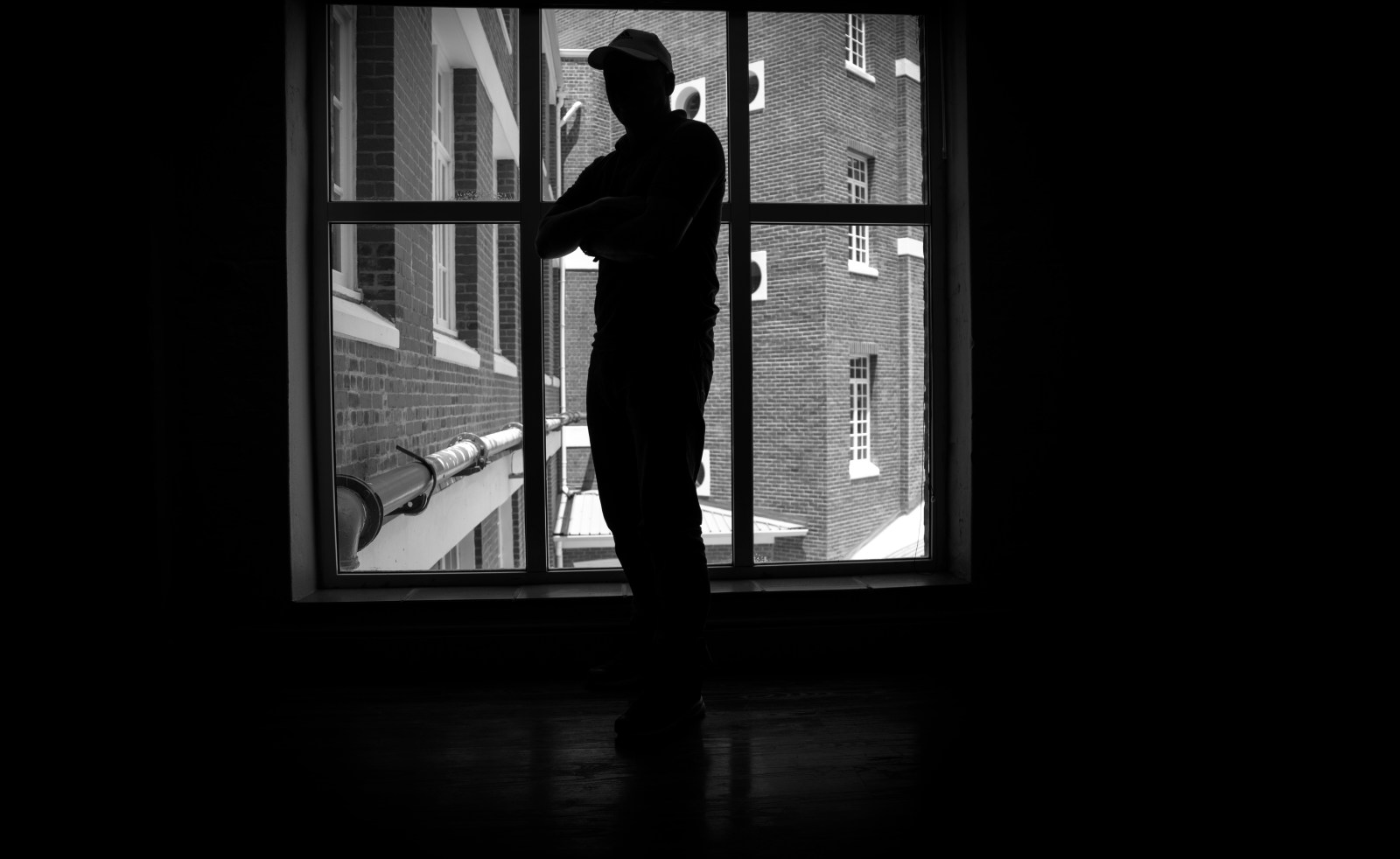 Poachers traces the life story of a Cape Town poacher and his navigation through the underworld of illegal abalone poaching. He teams up with a journalist’s journey into the heartland of where most of South Africa’s poached abalone ends up - East Asia. The book is honest, uncomfortable and makes you aware that while you’re enjoying yourself along the Western Cape coastline, young men are essentially stealing from nature to keep their families alive.

“There’s a misconception that the divers make the money, but it’s the middle men,” says Shuhood Abader, co-author of the Poachers.

Abader spoke to Daily Maverick about the book, his history as a poacher in the Western Cape and how disadvantaged fishing communities could benefit if poaching was not their livelihood.

The middle men Abader refers to, are the men who work between the divers, often from poor communities along the Western Cape coasts and eventually where the abalone ends up — in restaurants and shops in East Asia, particularly Hong Kong and the Chinese mainland.

Because they’re the middle men, “they pose less risk” of the dangers the lower paid divers face — jail or even death, says Abader.

And for what, a little piece of abalone, which at the time of writing the book, sold for the equivalent of about R2,000 a kilogram in Hong Kong?

The book, released this year, is a sort of memoir on Abader’s side, written while he was serving a sentence in a Langebaan jail for poaching, and on the other side, an investigation into illegal poaching by journalist Kimon de Greef.

Because Abader is well-known in the poaching community, his name is a pseudonym to protect his identity.

Securing the interview took time and granted on the assurance that Daily Maverick would not reveal any aspect of his identity.

From the onset of the interview with both authors this week, it is clear they have developed a friendship. De Greef is fiercely protective of Abader. He called out international news agency, BBC, accusing it of being unethical and misleading them in a feature about poaching. The co-authors were told beforehand the feature would be a story about Abader in his capacity as co-writer of Poachers. However, the BBC was concerned that Abader had been benefiting financially from poaching. Thus, they did not publish the title or any details of the book, despite Abader spending two days with the author and recreating some scenes from his former life for the documentary.

But back to the book, the idea that the middle men benefit the most, creeps through repeatedly. In one of the last chapters, the passage speaks of how there is a perception that cash flows into the hands of young men who spend their abalone takings on ‘sneakers, flashy cars, women, liquor’. But that is often a falsehood.

The extract reads: ‘Driving and funding it all, to the detriment of the South African abalone, has been a whole further ecology of prestige: the Chinese traditions of guanxi and ‘face’.”

Abader strikes back with, “it makes you think – who benefitted? Probably the middle men and the Chinese.”

Would the former poacher consider visiting Hong Kong, where much of the trafficked abalone ends up, as a delicacy among the middle class?

Abader pauses to think, places his hands on the table and finally says, “I’m glad I never went to Hong Kong, if I had seen what SA abalone was selling there, I would have become a middleman or sparked a protest about the prices here.”

The interview went, much like the book itself – an honest, uncomfortable truth about an industry that on one side, is destroying the coastline and endangering the abalone species, but on the other side, feeds entire families out of poverty.

And it also makes you question, what can be done to stop the poaching of a natural resource?

During the interview, one picks up on one theme that’s present both in the interview with Abader and in the book – there is no glorification of poaching, but rather a truthful account of an industry that thrives on poor fishing communities’ need to feed themselves, especially for young men.

Abader doesn’t sugarcoat poaching or glorify it, he tells it matter-of-factly from his recollection.

He describes to Daily Maverick the lack of alternatives to poaching in coastal disadvantaged communities. Earning a decent living is elusive. “I know a few matriculants who are sweeping the streets,” he says.

Abader tells Daily Maverick that he believes government cannot stop abalone poaching – “it’s a losing battle, they will never win the fight against abalone poaching”. He said this was because the economic situation of small fishing communities and poachers themselves won’t allow it to stop.

Then Abader’s honesty makes a brutal turn — when asked how he supported his family since he stopped poaching. He says that he teaches recreational sport and cleans boats out at sea, just to survive – but admits: “the temptation is there” to return to poaching to support his family.

He also questions who would hire him. He is older than the rest of the young and unemployed who are also looking for a stable income.

But a huge part of the book is how his family has shaped his life – his wives, his children. Abader told Daily Maverick: “The role of family is very important… I based my life around a few things – my family first, poaching and things such as horses… it was always coming back to the family.”

Abader reveals that one of his sons asked him to teach him how to scuba dive – precisely how his father got into poaching.

“I said no, because I know how easy it is to become involved once you know how to scuba dive,” he says.

Abader says he can offer advice to youngsters not to poach, but it is ultimately a choice they make themselves. “What can I offer them, any advice? They look at that side and how others are living comfortably, and they will decide,” he says, shifting forward into the seat.

Co-author Kimon de Greef told Daily Maverick  that when he went to Hong Kong to research for the book, it was “mind-blowing”. There is no indication where the delicacy originated from — be it from South Africa or, for example, Canada.

And that’s the crux of the book — how a little piece of abalone goes from an often poor diver’s hands into the plate of a restaurant in middle class, expensive East Asia.

It’s a gripping read — one of the year’s underrated local books. It weaves the drama of poaching together with a clear story of how the cycle moves constantly. The book reads well, backed by Abader’s memory and De Greef’s research, the reader is taken on a journey that makes you think: is it worth it to eat a little piece of endangered fish that could ultimately cost the life of a younger poacher who is probably only doing this to support his family. DM 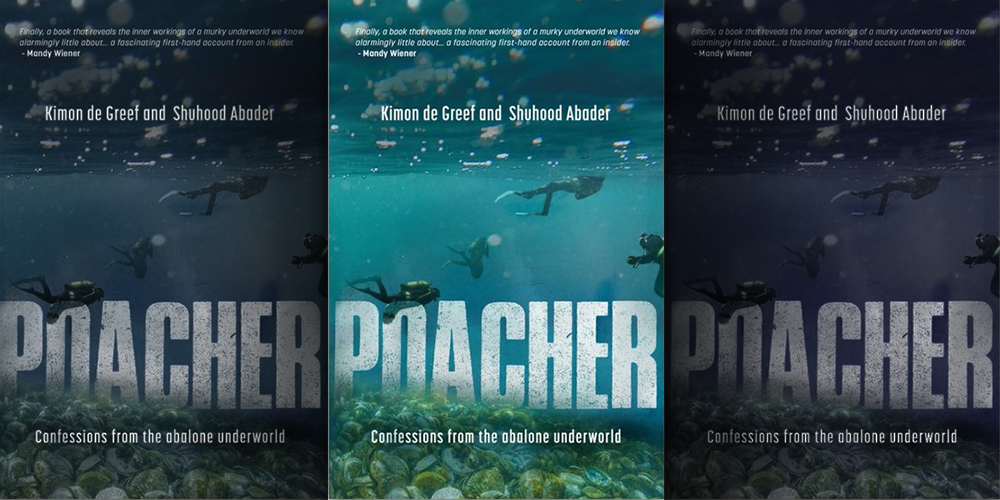