Poachers’ confessions from the abalone underworld 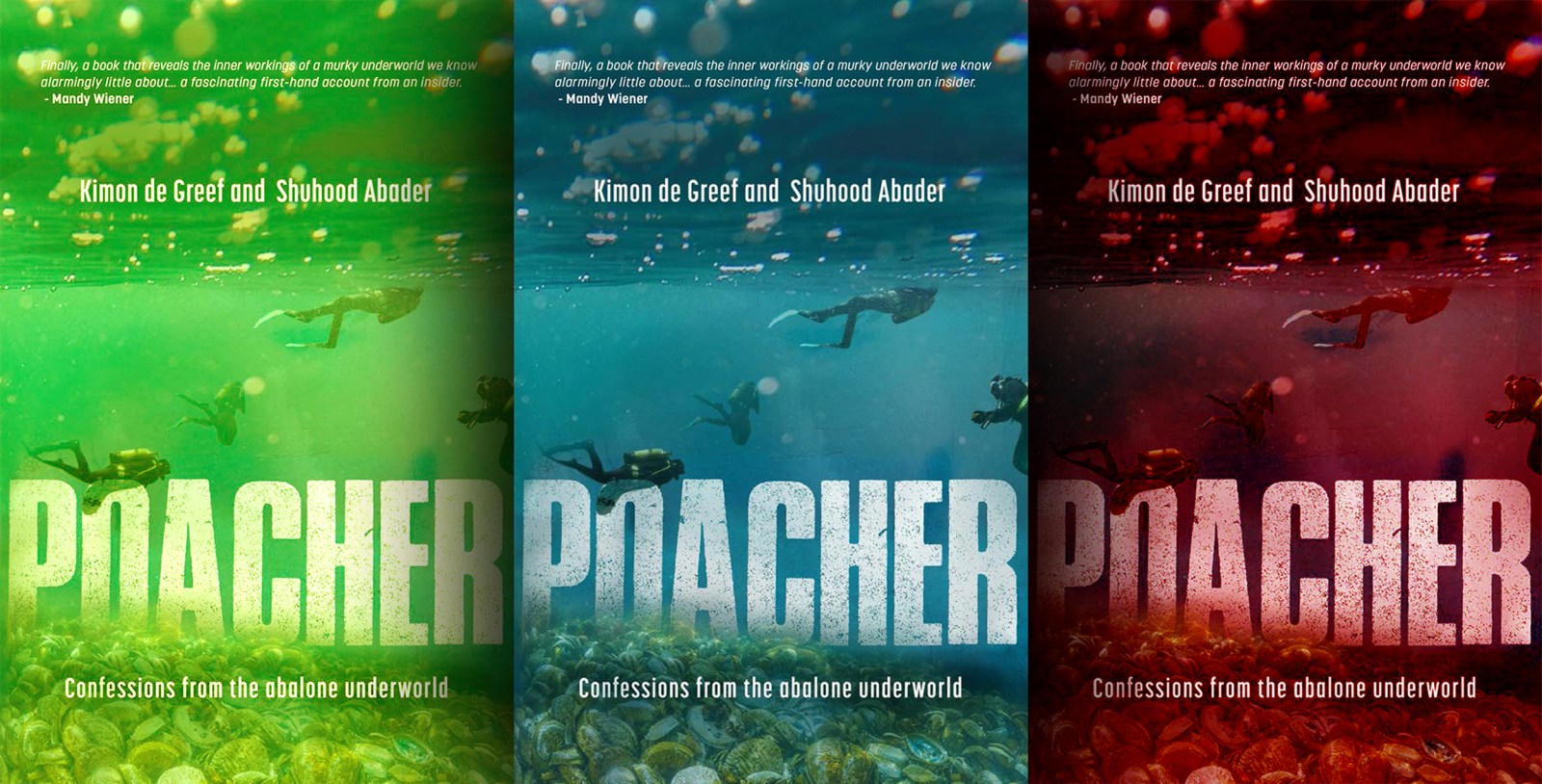 The newly published book Poacher offers a view of South Africa’s illicit underwater treasure hunt for a marine snail prized as a delicacy in China. In the past 25 years, poaching syndicates have harvested and smuggled more than 40,000 tons of abalone.

Shuhood Abader, a poacher of considerable repute, began writing his life story in prison, revealing some of the back story to South Africa’s abalone crisis. He collaborates with Cape Town journalist Kimon de Greef, who has been writing about poaching for several years.

Lightning flashed at sea as the poachers cut across the flat water. Shuhood gunned the motor, steering towards the slipway with a massive haul of abalone. It was November 2006, four years into Shuhood’s poaching career and the point at which it began unravelling. Two mesh bags lay at his feet, leaking slime across the deck.

Under different circumstances, Shuhood might have considered this a good omen, but from early on in the trip he had been unable to shake a sense of unease. Both his wives — an arrangement permitted by Islam — had been unusually anxious before he left, urging him to stay at home despite being accustomed to the dangers of his trade. Had he known where he was going, he said later, he would have listened to them, but he had only been partially informed of the plan.

It would be too late to back out when he found out what was expected of him.

A drug merchant in Vredenburg, a barren town of strip malls and bottle stores between Saldanha Bay’s industrial port and the whitewashed holiday homes of Paternoster, had cut a deal with some guards from a nearby military base. For a share of the profits, the guards would allow a crew of divers inside to hit reefs that had previously been off-limits — a refuge that had withstood the unrelenting hunt for abalone up and down the coast.

The merchant needed divers, but abalone syndicates were not yet established in the area. He reached out to a Cape Town contact, who passed the message to Shuhood. In debt again and eager to work, Shuhood, accompanied by Shawn, had caught a ride up to Vredenburg that week.

But the guards were in on the job. Everything had been organised, the merchant promised. The payoff for working virgin abalone beds would be colossal. It was only when Shuhood learned that they would be diving in Langebaan itself — off the tip of the peninsula, beyond the Postberg wildflower reserve — that Shuhood’s assessment of the situation began to change.

He knew several divers who had tried their luck in the lagoon and been caught, losing their boats and equipment and wasting months, not to mention legal fees, grinding through the courts.

The South African National Parks rangers — bokkies, he called them, after the kudu insignia on their uniforms — had offices less than a kilometre from the slipway, with a private jetty for their patrol boats. Langebaan had grown into a prosperous holiday town, with rows of villas and resorts facing the bay and an unending stream of leisure craft launching in the summer months. Most of the holidaymakers were white people, and most white people hated poachers. To Shuhood it seemed obvious: there was too much heat to dive safely. No quantity of abalone seemed worth the risk.

That night the merchant dropped them at a house with no furniture, set among anonymous rental properties on the outskirts of town. Shuhood sat up late with Shawn, swapping poaching stories, and by morning he found himself warming to the plan. Successfully navigating the illicit abalone trade requires accepting, and indeed seeking out, threatening situations, the trade ill-suited for levels of caution that most people would consider nominal. Viewed on a long-enough time axis, most threats tended to fall within tolerable limits for Shuhood.

The merchant brought them breakfast and drove them down to reconnoitre the water. He spoke at high pitch, wore drab clothes and in Shuhood provoked an irreconcilable conflict that had threaded through his poaching career. As an underworld businessman, the merchant had access to the capital and markets for smuggling abalone. As a drug dealer he was responsible for wrecking lives, profiting from a crime that Shuhood had considered, at times, to be punishable by death.

Mostly it was possible for Shuhood to isolate his work as a diver from the wider black market it fed into — including, at the very end, bulk swaps of abalone for tik and its chemical precursors — but when confronted by someone who straddled both worlds it was difficult to maintain the distinction.

The merchant had arranged the job and Shuhood badly needed cash, he decided. If he was a vampire who pumped drugs into vulnerable communities? Fuck him — and there were thousands more just like him.

In the parking lot one of the guards was waiting to take them across the water. The men followed him on to a semi-inflatable vessel, or rubber duck, with a 30hp motor, too small for fleeing patrols. Past fishing groups and jet skis they drew into the bay, crossing a line of red and white buoys marked: “Military zone. Keep out.” Their destination, Donkergat, a former whaling station, had been a base for one of the South African Army’s special-forces regiments since the 1970s. Now it was a haven for abalone, the guard said.

The reefs right beneath them, he said, spitting out his snorkel, were packed. DM