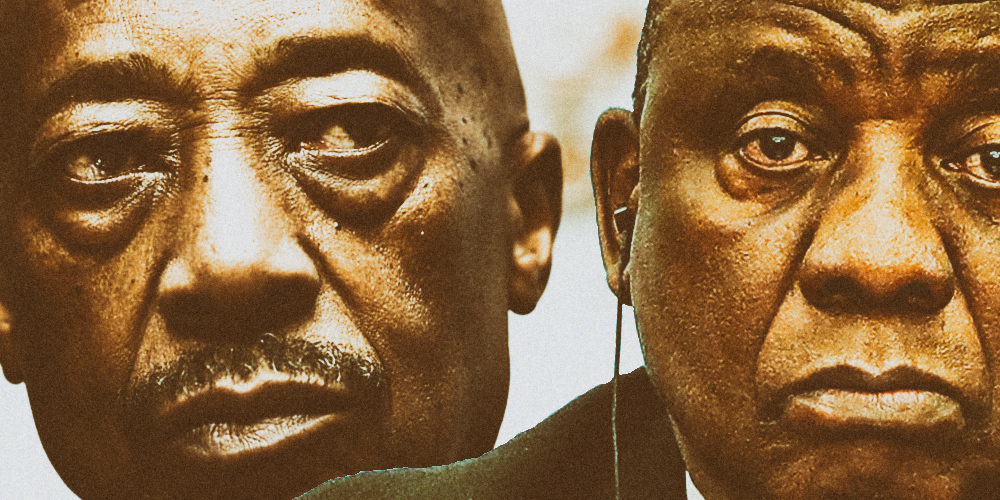 It’s back to square one for sacked South African Revenue Service commissioner Tom Moyane after the Constitutional Court dismissed his bid for direct access to the highest court in South Africa to overturn the Nugent inquiry into SARS governance, which had recommended his dismissal. ‘This application is dismissed,’ Moyane was told in the 87-word decision which effectively sent Moyane back to the beginning of the judicial processes, in this case, the high court.

The Constitutional Court in its decision does not say sacked South African Revenue Service (SARS) boss Tom Moyane doesn’t have a case, just that the highest court in South Africa is not where he can start his appeal, even if he has a supporting affidavit from former president Jacob Zuma.

Neither that nor other support, or Moyane’s own 91-page founding affidavit, was enough to persuade the Constitutional Court that it should be the first instance to hear Moyane.

The sacked former tax collector boss’s application was dismissed in a decision dated 21 November 2018 by the Constitutional Court “because ground for the engagement of its exclusive jurisdiction have not been established. Nor has a basis been laid for direct access in view of the fact that the applicant has other avenues available. The court has decided not to award costs.”

Effectively, it means Moyane now must take his legal battle against the inquiry into governance matters at SARS under retired Judge Robert Nugent – he recommended in the September 2018 interim report that Moyane must be removed from office – to the North Gauteng High Court as the inquiry was sitting in Pretoria.

On 23 May 2018 Ramaphosa announced the establishment of the Nugent inquiry to look into governance and related matters.

“The commission will need to establish the veracity of reports in the public domain on administrative and leadership challenges at SARS that potentially undermine taxpayer morality,” said Ramaphosa, according to a statement by the Presidency.

“I want to end by thanking the many South Africans who, despite all our challenges, ensure that they pay their taxes, as part of their responsibility as citizens and residents of our country, and who continue to do so.”

This came about two months after Moyane on 19 March 2018 was suspended as head honcho at SARS by Ramaphosa.

“Developments at the SARS under your leadership have resulted in a deterioration in public confidence in the institution and in public finances being compromised. For the sake of the country and the economy, this situation cannot be allowed to continue, or to worsen,” the president told the commissioner as reason for his suspension, according to a statement by the Presidency.

By October 2018 Moyane had turned to the Constitutional Court in a bid to stave off what he called “an ongoing and seemingly co-ordinated triple-barrelled assault on my constitutional rights…” in his affidavit.

He had declined to participate in the Nugent inquiry, but the internal SARS disciplinary proceedings against him were stayed until the outcome of the Constitutional Court bid.

On the back of the recommendation by Nugent in the inquiry interim report dated 27 September 2018, on 1 November 2018 Ramaphosa fired Moyane with immediate effect. According to a Presidency statement, Ramaphosa said the inquiry report “paints a deeply concerning picture of the current state of SARS and the reckless mismanagement which characterised your tenure as Commissioner of SARS. Of further, and in many ways greater, concern is your refusal to meaningfully participate in the SARS commission (Nugent) in order to assist with identifying the root causes of the systemic failures at SARS and ways in which to arrest these”.

Complicated? Sure. But then all this is intricately entangled in the political twists and turns of State Capture that has seen institutions like SARS, but also the Hawks, prosecuting services and others eviscerated, and billions of public money redirected to private pockets.

Moyane’s SARS has been kind to the Guptas with a multimillion-rand tax refund, while thousands of others had to wait, unfairly so according to the Tax Ombud, and there have been serious corruption and racketeering claims over the head of his second-in-command Jonas Makwakwa, who resigned in March 2018 just ahead of a disciplinary process.

This legal tussle is also enmeshed in the pushback against the State Capture clean-up that started with a change of management executives and boards at key implicated State-owned Enterprises (SoEs) such as Eskom and Transnet. That there is a pushback is not only clear from statements by, for example, Public Enterprises Minister Pravin Gordhan before the Zondo commission, but also by others like Public Works Minister Thulas Nxesi. It’s also evident from the about-turn by the EFF, now seemingly in favour of Moyane only two years after EFF leader Julius Malema bruisingly called the then SARS commissioner “Zuma’s nanny” during their time in exile in Mozambique.

While Moyane in his documents for his Constitutional Court bid argued that “by any lawful measure or standard, my tenure at SARS was the most successful in the democratic era”, this is not born out by the rands and cents of the 2018 Budget and October’s adjustments of the Medium-Term Budget Policy Statement (MTBPS).

The painful and harsh consequence for South Africa’s poor and working class was the value added tax (VAT) hike to 15% from 1 April 2018. It was needed to plug the revenue hole in the national purse as SARS has missed consecutive tax collection targets – R48.2-billion in the 2018 Budget, R30.4-billion in 2017, and R11.6-billion in the 2016 Budget.

Painfully, it emerged in the MTBPS that R20-billion of the just short of R23-billion to be raised from the higher VAT would have to be used to make good the tax refunds that had been withheld in previous years. South Africa’s public finances have been impaired.

Following Monday’s Constitutional Court decision, what happens next is up to Moyane. But he’s unlikely to walk away. DM