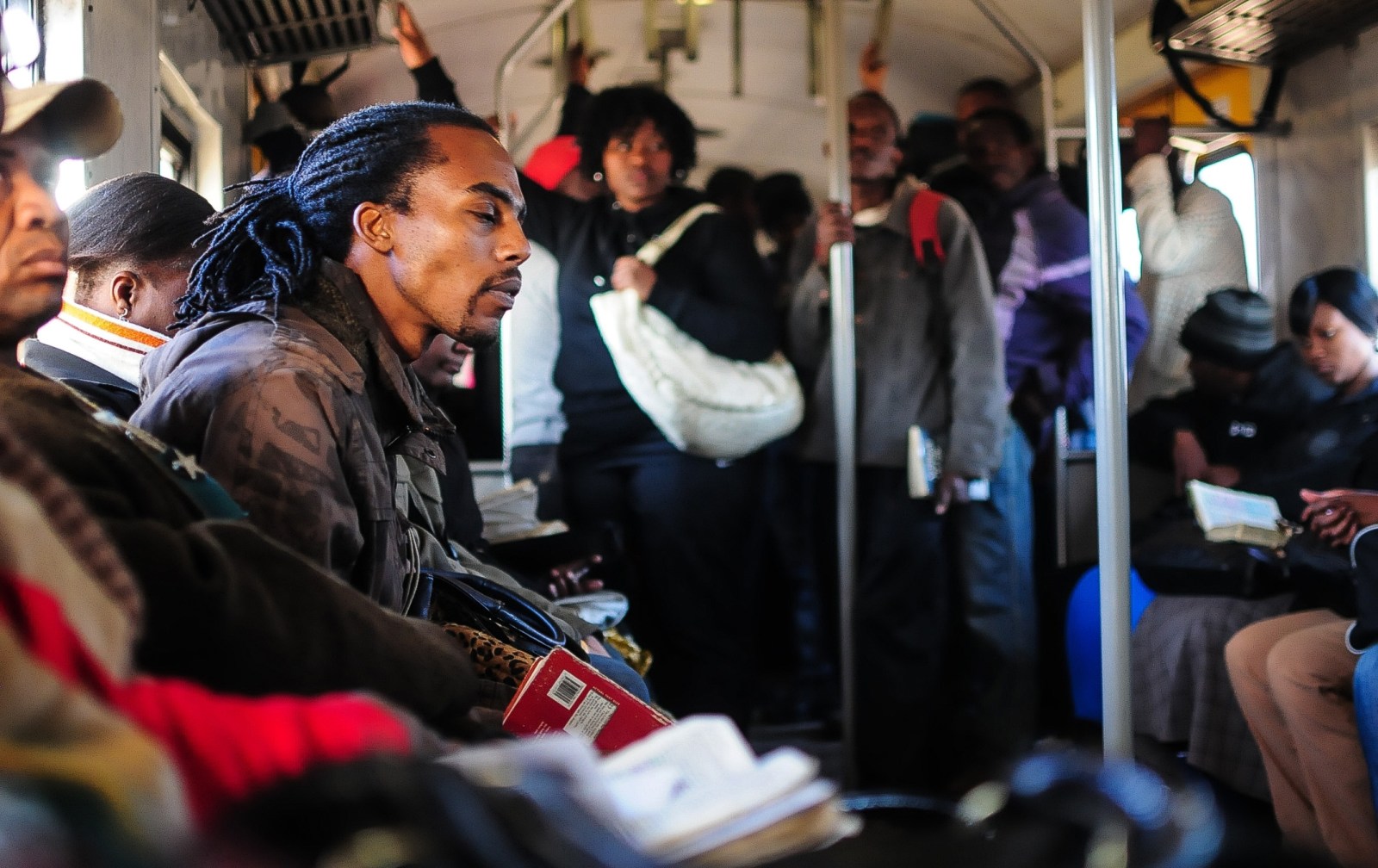 File photo: About two million passengers around the country commute by train daily. People in the township have come up with the phrase ëayigcwalií, which means that trains are never considered as packed or full regardless of the number of people squeezed in there. (Photo by Gallo Images / Sowetan / Thulani Mbele)

South Africa’s dysfunctional and chaotic train service affects many commuters’ lives, as delays and cancellations impact on the time taken to get to school or work.

This is a follow-up to an article published on the #DelayRepay and #FixOurTrains campaigns. This week the focus is on the impact of delays on the lives of commuters.

When I use trains, I have to constantly prepare my mind as I leave work. In the morning it is better, but in the afternoon it makes me anxious.

The dysfunctional and chaotic train service has many effects on commuters’ lives. For example, because of the delays and cancellations people sometimes miss work or school, and lose their pay or leave days. Commuters have lost their jobs and learners have missed their tests or exams as a result of the disastrous service that is currently being offered by Prasa. Commuters are desperate to get on to trains and this regularly causes of death and injuries.

There is no research in South Africa on the time lost by commuters due to significant train delays. However, delays and cancellations reduce both job and life satisfaction as commuters suffer from anxiety, stress and depression. Individual households have suffered from these consequences and the local economy suffers too.

Thobile Greetwell Mamba, who travels from Khayelitsha to Paarl, has to walk to Langa some days to get a train as a result of delays. He has to be at work at 07:00 every day. However, when trains are delayed or cancelled which happens frequently, he gets to work late or bears the cost of taking taxis which are costly.

Sharone Daniels is a regular Metrorail commuter. She lives in Ocean View, an area about 40km away from the Cape Town CBD, where she works. If the trains are cancelled she has to take three taxis to get to town and back at a cost of R140 a day. If trains are delayed and she gets home late, she also has to worry about crime in the area and whether or not she will be safe even when she gets home.

“You stress when you arrive at the station and when you leave. You don’t realise just how much of an impact it has on your life,” she says.

“I have had my own difficulties with using trains. Delays and cancellations have a huge impact. I knock off work at 5pm and when I get to the train station all the trains are usually delayed or cancelled.

“The one train that often arrives is the 5:48pm train but by the time it gets there the Southern Line platform is too full to even try to catch that train, so I just use the next one which leaves any time between 5:59 and 6:15pm. I usually get off at Rondebosch at 6:37pm.

“The delay means I have lost an hour of my life, just waiting. At times, in order to get home earlier, I have resorted to using taxis which means I pay extra money.”

The National Household Travel Survey (NHTS) in 2013 found that on a national level, 32.6% of households indicated that travel time is the main priority when choosing their preferred mode of transport. In addition to that, travel cost mattered to 26.1% of people and flexibility was valued by 9.2%. This was a huge change from the previous NHTS findings in 2003, as almost half of the households then stated that safety was a consideration when choosing a way to travel.

Over the past eight years, South Africa has spent over R130-billion on public transport projects specifically focused on the country’s main cities. The projects were focused on the refurbishment of rail and the establishment of the new Bus Rapid Transport (BRT) system. However, this has not yet been reflected in the standard of the public transport system. The time which people spend waiting for the next train, minibus or bus to arrive is long.

A study conducted by audit firm KPMG found that the excessive delays in the Metrorail system had cost the City of Cape Town R2.8-billion in lost productivity as well as in increased road traffic congestion

Trains are supposed to be the most efficient, safe and affordable form of public transport. That’s why many poor and working class people use trains, especially in the Western Cape, because people live far from where they work as a result of apartheid spatial planning.

#UniteBehind is calling on Prasa to extend monthly tickets for September to October. Prasa is obliged to provide us with a safe and reliable transport service. It is part of their mandate as a State-owned Entity. DM

Dineo Mogotsi is a researcher at #UniteBehind