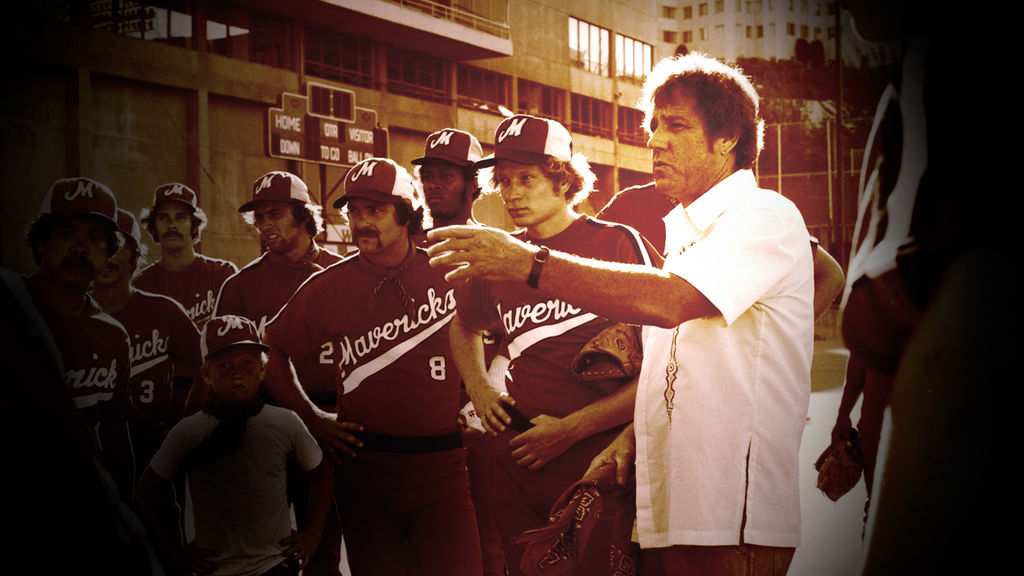 A sporting documentary for those who don’t like sport and two series with more than one season to pass the time. That’s on our list this week.

There’s something about a rag-tag sport story that just gets you going, whether you’re interested in sport or not.

This 2014 documentary about the Portland Mavericks, tells the story of an independent baseball team, owned by Bing Russell (yes, the actor), who had his own ideas of what baseball should be.

Russell hired baseball’s first female general manager and revived a sense of community around the club. The team was made up of players who did things their way, including an interesting celebration involving setting a broom on fire. Eccentric behaviour on and off the pitch was accepted and encouraged. Team rings were fitted for middle fingers and the club became a home for, well, the battered bastards.

Whether you like baseball or sport for that matter, this is one of the most enjoyable documentaries you’ll watch in a long time. A reminder that, no matter how odd you might be, there’s a home for you somewhere.

The first season of Atypical launched on Netflix last year, with mixed reviews. The series centres around a young man with autism spectrum disorder. Because the spectrum is so wide, getting it right is challenging. Even more so when your protagonist does not have ASD in real life.

The lead character is also a bit of a modern-day caricature of high-functioning ASD, a theme that has become very popular in modern day television. The autism community rightly criticised the show’s failings, and from early reviews, it seems the show took the advice on board.

The New York Times review praised the improvements of how ASD is depicted. The show isn’t perfect yet, but that creators are willing to listen is a step in the right direction.

We have a recommendation from the subs-desk! Diane Cassere says this:

Harlots is a British-American TV series that is somewhere between a rollicking period piece and high drama in low places. Which means it is great fun.

Two rival brothels in London, with two rather evil and conniving madams at the helm, battle it out for both customers and prostitutes. One caters for a higher-class clientele while the other seeks to better itself.

Georgian Society (1760s in this case) was a little more tolerant of the working world of these women than the later Victorians, but nevertheless, the moral right battles to shut them down.

Series 2 has recently been released and introduces Liv Tyler as an aristocratic lady whose world becomes embroiled with that of her lower-born sisters.

Video of the Week:  Jordan Mailata’s Journey From Australian Rugby League to NFL

Can you move from rugby league to the NFL? If you’re 6ft8″ and tackle like a double cab, you just might be able to. Jordan Mailata just made the Philadelphia Eagles’ final roster and could be one of the greatest Offensive Tackles of all-time.

You’d think Queer Eye was just a belated sequel to the original Queer Eye for the Straight Guy. But the new incarnation has a spirit, style — and not least, a heart — all of its own. If you’ve overlooked its two seasons on Netflix, turn back now and start watching. It’s a pink-tinged tonic. Read Tony Jackman’s full review here.