Banners and promises, but few doubt who will win polls in Africa’s last absolute monarchy 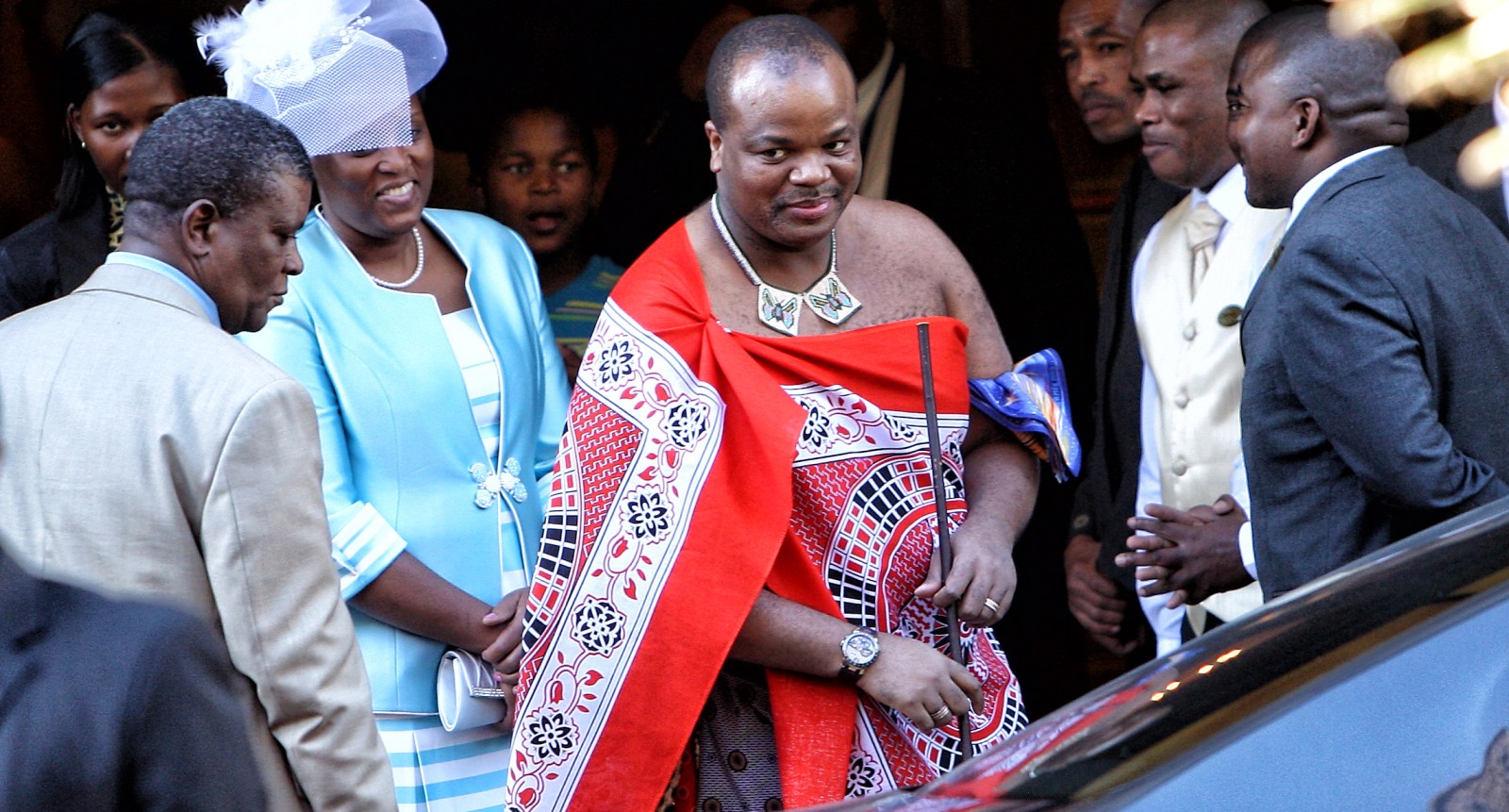 In eSwatini, one of the last remaining absolute monarchies in the world, voters will be going to the polls next week. The law is, however, vague about the extent to which parties can take part in elections, but one thing is clear: King Mswati III is likely to emerge as the big winner again in 2018.

It’s a week to elections and lamp posts in eSwatini are quite bare. On the main roads in town, Elections and Boundaries Commission-funded banners and billboards encourage people to vote on Friday 21 September.

The kingdom, with its 1.3 million people, is fresh from celebrating its 50 years of independence, as well as King Mswati III’s 50th birthday, and large billboards by the roadside feature the king in traditional gear. At informal markets, traders sell cloth in orange, red, blue and brown to commemmorate the 50-50 festivities.

In the back windows of taxis there is some sign of an elections campaign on the move, as many display one or two small posters with pictures of candidates, the names of their constituencies and a promise or two.

These were selected in the first round – or the primary election in the chiefdoms – which took place in August and which is fairly low key. The winners of these will now compete in the tinkhundla (constituencies) to get a seat in parliament, which has limited power as the king personally appoints the prime minister, a cabinet and most of the powerful senate.

Party affiliation is not allowed, which means election campaigns are modest and run on a budget the individual candidate can afford.

A court case in August, brought by the Swazi Democratic Party to determine how much freedom of association and expression parties had under the 2005 constitution, was dismissed without the lawyers having argued the merits.

At Mbabane’s main taxi rank, located between a high-rise mall and the South African High Commission, the 45-year-old Make Mahlalela makes bracelets with names, on demand. She also sells cloths, clothes, socks and ointments with takings of between E100 and E1,500 a day. (The Swazi lilangeni and the South African rand are tied to each other at a one-to-one exchange rate.)

“Business is definitely less than what it was before,” she said, but without complaining.

Drought, mismanagement by government and slow growth in neighbouring South Africa mean the eSwatini economy is down. Mahlalela is keenly interested in the upcoming elections and she’s not afraid to offer her opinion.

“We look at who does the projects for the people in the community, because those people will be able to do projects outside (in a bigger area) as well,” Mahlalela said.

The bishop was not an MP before but he’s been very active, she said.

“You see him a lot on churches, and he pays for school fees. So if he is an MP he can say ‘the people from my area, they are looking for this and this help’,” she said, explaining that, for example, where he could not afford the E5,000 per year in tertiary school fees to help a child, he could go to the relevant government leader to arrange scholarships.

The bishop has a business related to the building industry.

In the back of another taxi, a female candidate, Make Thoko Shongwe from the Lobamba inkhundla (constituency), has her picture, with the promise that she would address youth unemployment.

“That’s the only woman you will see,” a 23-year-old sitting in the driver’s seat of a nearby taxi commented. His finger nails are painted red, “for love”, he explained, adding he’d heard, however, that in South Africa some men painted a nail for each person they would kill.

Lungelo, who remarked that his name meant “rights”, said although he wouldn’t hesitate to vote for a woman, he would not be voting in the upcoming elections.

Many in the kingdom complain it’s only MPs who received decent pay while everyone else struggled. To such an extent is ordinary people’s perception of the MPs’ riches that many MPs have to move out of their constituencies because never-ending queues of constituents needing help with money for school fees, funerals and ill relatives would form in front of their houses as soon as they got elected.

Cyril, a former teacher in his 30s, said MPs made it their personal business to see that people voted. Even though he lived in Manzini, he was registered to vote in the rural constituency where he was born.

“These MPs will tell you to get into their big, shiny cars to come with them to the rural areas to vote, and they will bribe you with spinach and cabbages,” he said.

Still, he would vote, “because we keep hoping that we can vote for someone who can make a difference”.

Coercion, however, happened as well. Some feared they would lose out on scholarships or be evicted by chiefs if their voters’ cards didn’t display the punched holes that indicated that the bearer had voted.

Politically the atmosphere is charged too. The government’s appeal of a court acquittal of opposition leaders like Mario Masuku of the People’s United Democratic Movement (Pudemo), who were accused of terrorism, could not be heard this week because no judges could be found.

Lawyer Thulani Maseko said Chief Justice Bheki Maphalala told them on Monday the case should be postponed by a number of weeks because he was unable to constitute a full Supreme Court bench.

“Many of the judges who sit on the Supreme Court told him they can’t sit for one or the other reason,” Maseko said.

Some, for instance, cited conflict of interest.

The fact that Chief Justice Maphalala made this announcement a day before the case was due to commence, however, raised suspicions.

“The judges don’t want to be caught in this controversy to protect their own interests,” Maseko speculated.

In a research report on human rights in eSwatini published on Thursday, the Southern African Litigation Centre said although the 2005 Constitution guaranteed a number of rights, the arrest of activists under the Suppression of Terrorism Act “has created a default assumption that the prohibition of political parties remains in place”.

Political parties should be free to campaign in elections, the report says. The dressing up of street lamps in this way every five years could ultimately help ordinary people. DM