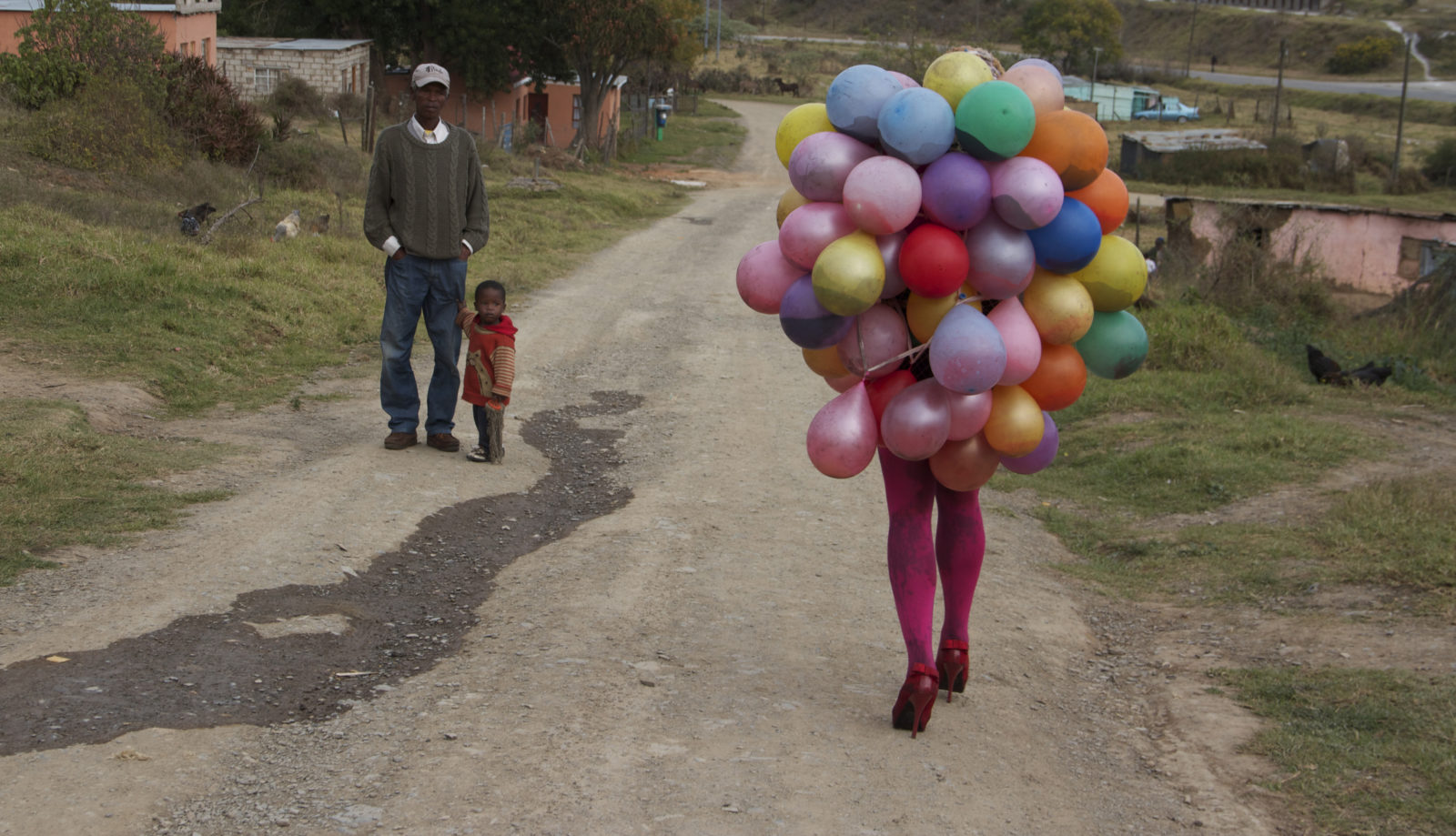 It’s been three-and-a-half years since the statue of Cecil John Rhodes was removed from the University of Cape Town’s campus, but the old colonialist’s image remains memorialised in locations around the country. One of the most prominent Rhodes statues stands in Cape Town’s Company Gardens – and on Monday evening, it will become the unwitting stage for what local artist Athi-Patra Ruga terms an “intervention”.

Athi-Patra Ruga is used to causing a stir. The 34-year-old South African artist has made his name through the creation of compelling works of performance art, using his own body to tell stories about South Africa often excluded from mainstream narratives.

“I want to insert my body and its history into scenes that have etched my body out of it, or spaces that have told me I cannot be in,” Ruga says.

Right now, his focus is on Cape Town. On the evening of 10 September, the city will provide the backdrop for Ruga’s latest creation – a provocative work, part installation and part performance, which the artist hopes will contribute to the debate on Cape Town as a site of social exclusion and neglected histories.

In his sights: the statue of Cecil John Rhodes that has stood in Company Gardens since 1908, showing Rhodes in peak imperialist mode with his left hand held aloft.

“Why can’t they remove that statue?” Ruga asks.

It’s a question that many others have voiced. In January 2016, an unidentified group attempted to topple the statue from its base with an angle-grinder, going so far as to cordon off the statue with official-looking construction tape beforehand. They were stopped by security guards, with only minor damage to Rhodes’ leg.

Since then, the statue has been targeted by activists on other occasions – but this version of Rhodes has yet to fall.

Ruga won’t give details on exactly what fate awaits the Rhodes statue now. This is a cautionary measure, because he says that Cape authorities are increasingly “stringent and precious” when it comes to interventions involving the city’s memorials.

Whatever form Ruga’s performance around (or on?) the Rhodes statue takes, it is part of his attempt to inscribe himself – as a self-described “black gay boy” – on to a city in which the history of people like Ruga is often rendered invisible.

The ongoing presence of the statues of Rhodes and his ilk “gives me PTSD” (post-traumatic stress disorder), says Ruga, “even though I was never even around at that time”.

Part of the aim of his project is to draw attention to the continuing dominance of colonial statues around Cape Town, while posing the question: “Who do we memorialise in 2018?”

Monday’s work starts at Cape Town’s Planetarium with a video projection on the institute’s dome, and features a procession which takes in performances at the Rhodes statue and the Slave Lodge.

It’s a work Ruga calls Things We Lost In The Rainbow, and his use of a procession reflects the artist’s belief about the nature of post-apartheid South African society.

“Freedom isn’t some prize in a box that’s ready to go. It’s a journey which has small wins,” Ruga says.

He compares the form of a procession to a political march, where participants move from one area to the next to finally drop off a memorandum. But the delivery of the memorandum doesn’t mark the end point of the political process, says Ruga; in many cases, it may amount to nothing.

He likes the idea of processions as a collaborative, non-verbal means of expression, with Things We Lost In The Rainbow involving 35 young performers.

Ruga has not performed in Cape Town since 2011. This is a reflection mainly of how his career has been blowing up outside South Africa, with New York Times profiles, international performances and exhibitions, and inclusion in the Phaidon directory of the world’s 500 best artists under the age of 33.

His work is also afforded prominent space in Cape Town’s year-old Zeitz Mocaa: an art museum which has attracted its fair share of controversy since its opening in September 2017.

In response to the notion that the Zeitz Mocaa is an elitist enterprise which is inaccessible to ordinary South Africans, Ruga points out: “It is very expensive to put together exhibitions.”

He believes that local museums and galleries should, in general, be targeting children more intensely, and using multimedia to reach people in far-flung parts of South Africa.

Ruga says: “I love talking to the kids. They are the ones who are going to create an industry which will live forever. Not us jaded adults.” DM

Things We Lost In The Rainbow takes place for one night only, proceeding from the Iziko Planetarium at 7pm on Monday 10 September. Details here: