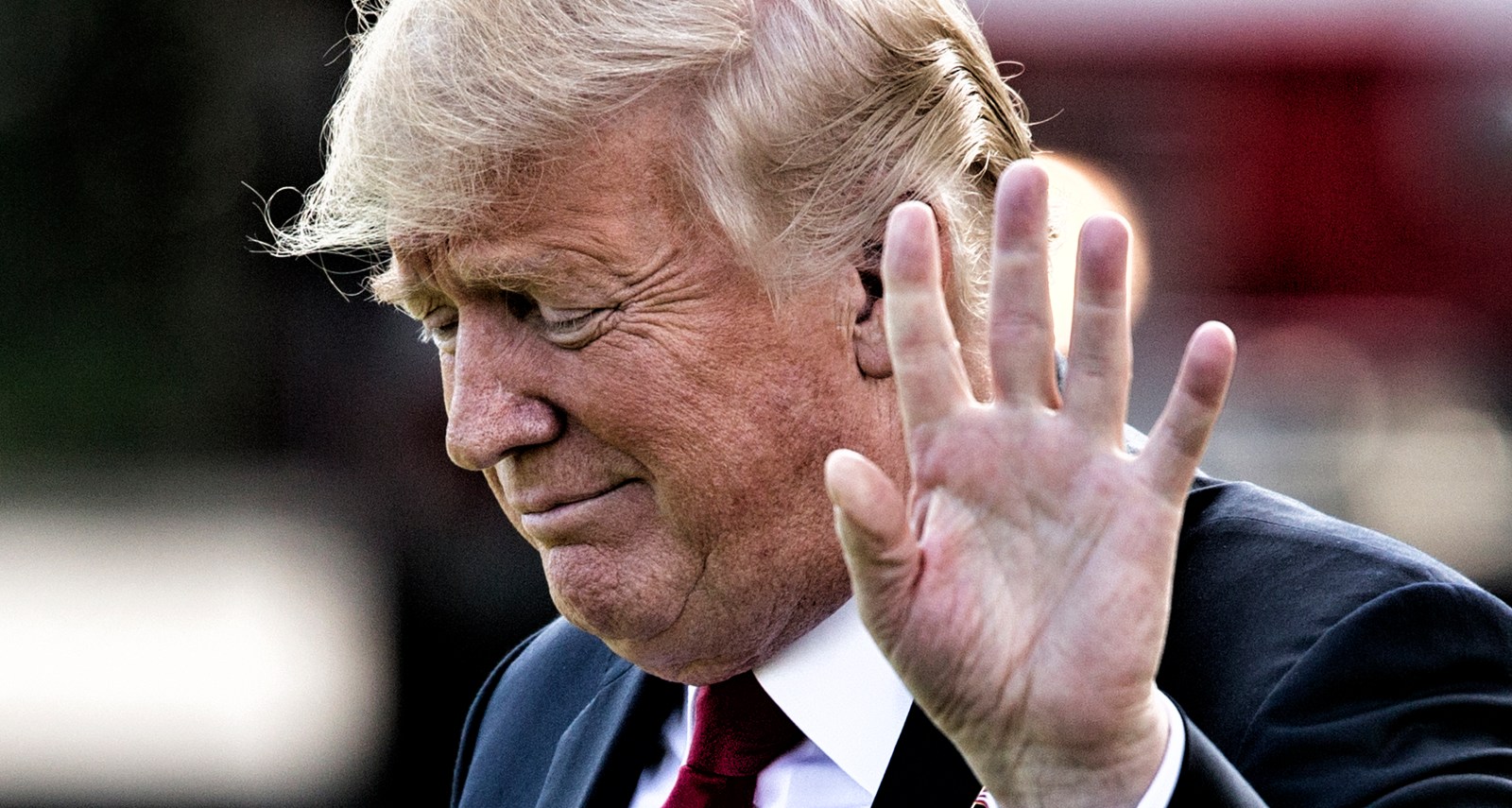 Most readers undoubtedly remember the anger and incredulity last week when a Donald Trump tweet, launched in the pre-dawn hours, picked up the mantra of white farmer genocide from Fox News, courtesy of the Cato Institute, and then courtesy, in term, from AfriForum. Now the so-called “deep state” seems to have struck back, Foreign Policy magazine reports.

Like most people, this writer was flummoxed when he learned last week – from an insistent, early morning call from a television station – that US President Trump had picked up from a fact-light newscast on Fox News (courtesy of the writings of a staffer at the libertarian Cato Institute think tank and still earlier carryings-on by AfriForum) that white South African farmers were being slaughtered and their farms seized by the government, in a more southerly version of a Zimbabwe-wannabe, land confiscation campaign. In his tweet, the president had yet again demonstrated his signature-style, pompous, faux-grandiloquence, right down to instructing “his” Secretary of State to look closely into this dreadful mayhem, most urgently.

Now, of course, the real purpose of the tweet had little to do with South Africa. It was designed to fling bloody bits of raw red meat directly to the president’s more ravenous following, and to keep them hooked on their Trumpian Twitter addiction.

In this case, the precipitate idea was the trope that white people worldwide are under growing attack by millions of black and brown untermenschen. This, of course, was to stir things up for domestic consumption, rather than to offer any conceivable, rational participation in what is, admittedly, South Africa’s most hotly contentious public policy debate.

Once the presidential words were known to all and sundry, it became clear the South African government would call the senior diplomat at the US Embassy in Pretoria in for a bit of a tongue lashing, and a pointed inquiry about what, exactly, the US president had been smoking when he issued that pronouncement.

At the time, this writer had explained that the real facts were certainly clearly available in Washington at the simple press of a switchboard button, summoning a quick briefing from State Department officers who follow South African events. We also suggested the South African government could make use of this moment to actually advance international understanding of what was really going on in the country, and what the South African government was hoping to achieve through land reform.

So far, at least, nobody has declared anybody’s diplomats persona non grata (i.e., you are undesirable and your behaviour is incompatible with diplomatic practice and so you’ve got to go home) to demonstrate some real anger. In fact, the South Africans even got a bit of positivity from a one-day visit by British Prime Minister Theresa May on this land reform thing. But so far, there has not been a word of apology for causing such a ruckus from the famously fact-free Donald Trump world.

But, in the meantime, career American diplomats have quietly been at work at this puzzle, keeping tabs on this conflicted issue, just as they should be doing. And now, the diplomats have struck back. According to Foreign Policy, the US Embassy in South Africa has tacitly rebuked the president in a cable sent to Washington, clarifying the issue and correcting misperceptions put forward by the president on Twitter, following a misleading statement on Fox News. The cable, sent on Wednesday morning and obtained by Foreign Policy, does not mention the president or his tweet at all. Titled Despite Crime Epidemic, Farm Murders Down, the cable provides statistical data on murder rates on white-owned South African farms.

According to the story published on Wednesday:

“ ‘Some journalists and lobby groups have simplified complex land disputes to serve their own ends,’ the cable says. Political officers from the U.S. Embassy reached out to a broad array of experts – including farmers, police, crime researchers, and academics – to gauge the extent of violence against white farmers. They found ‘no evidence that murders on farms specifically target white people or are politically motivated’, the cable states.”

This State Department report went on to explain:

“Farmers suggested that they are more vulnerable to violence because of the remoteness of the farms and inadequate responses of law enforcement agencies, but they also noted that farm violence has never resulted in any kind of land seizure.”

Naturally, a State Department spokesperson, asked by Foreign Policy about the cable, had declined to comment on such “internal communication, including allegedly leaked documents”.

But then that official had added:

“Crime rates in South Africa are very high, including in rural areas, where South Africans of all ethnicities have been victims of tragic and senseless violence.”

Meanwhile, the department’s very own annual country report on human rights has said that there is documented concern “about killings and other violent crimes against white farmers, and, on occasion, their families”, but that they have not seen large scale killings of white farmers, per the report.

“There appears to be little doubt that South Africa is confronting a serious epidemic of violent crime, with police documenting more than 140,000 armed attacks from 2016 to 2017, a conservative estimate given South Africa’s low crime reporting rate. But the worst violence is in South African cities.

“The U.S. Embassy cited a recent report by AgriSA, a non-profit industry group that represents 70,000 commercial farmers, that estimated that there were 47 farm murders from 2017 to 2018, fewer than at any time in the past 19 years. Police records documented 74 farm murders out of a total of 19,016 total murders in South Africa between April 2016 and March 2017.

“ ‘Diverse contacts in civil society, academia, and government underscored that murders on farms represent less than four percent of all murders in the country,’ the cable states. ‘Many of those murdered on farms are the workers – who are not white – while defending the farm,’ an AgriSA official informed U.S. Embassy staff.”

Reprising what the State Department spokesperson had said earlier, the US Embassy referred us to the spokesperson’s comments in full, saying:

“As a matter of policy, the Department of State does not comment on internal communications, including allegedly leaked documents. The President asked the Secretary to look closely at the current state of action in South Africa related to land reform. The Secretary will continue to focus on this issue.”

But within that statement, it is interesting that there is no – none, not a one – denunciation of this supposed “leak”, and there is no denial of the contents of the cable, as reported by Foreign Policy. That leads to the conclusion that someone within the State Department, or someone within the larger foreign policy and analysis community, was anxious to make it clear to all that the US Government actually does understand what is actually going on, beyond the hysteria generated by Fox News’ fictions. And that further, this anonymous source wanted to make sure everyone else knows that the US Government really does not put much reliance on “facts” as generated by Fox News, no matter who the station’s audience was for this story.

At the minimum, it might also be a warning to the president’s men that at least in terms of foreign policy issues, there are correctives that can be made available in future, carefully and diplomatically, if the president goes well off the rails again, and tweets away without regard to the facts. And that is a good sign. Better, of course, would be for him to stifle the urge to issue such comments in the first place, but maybe that is too much to hope for these days. DM