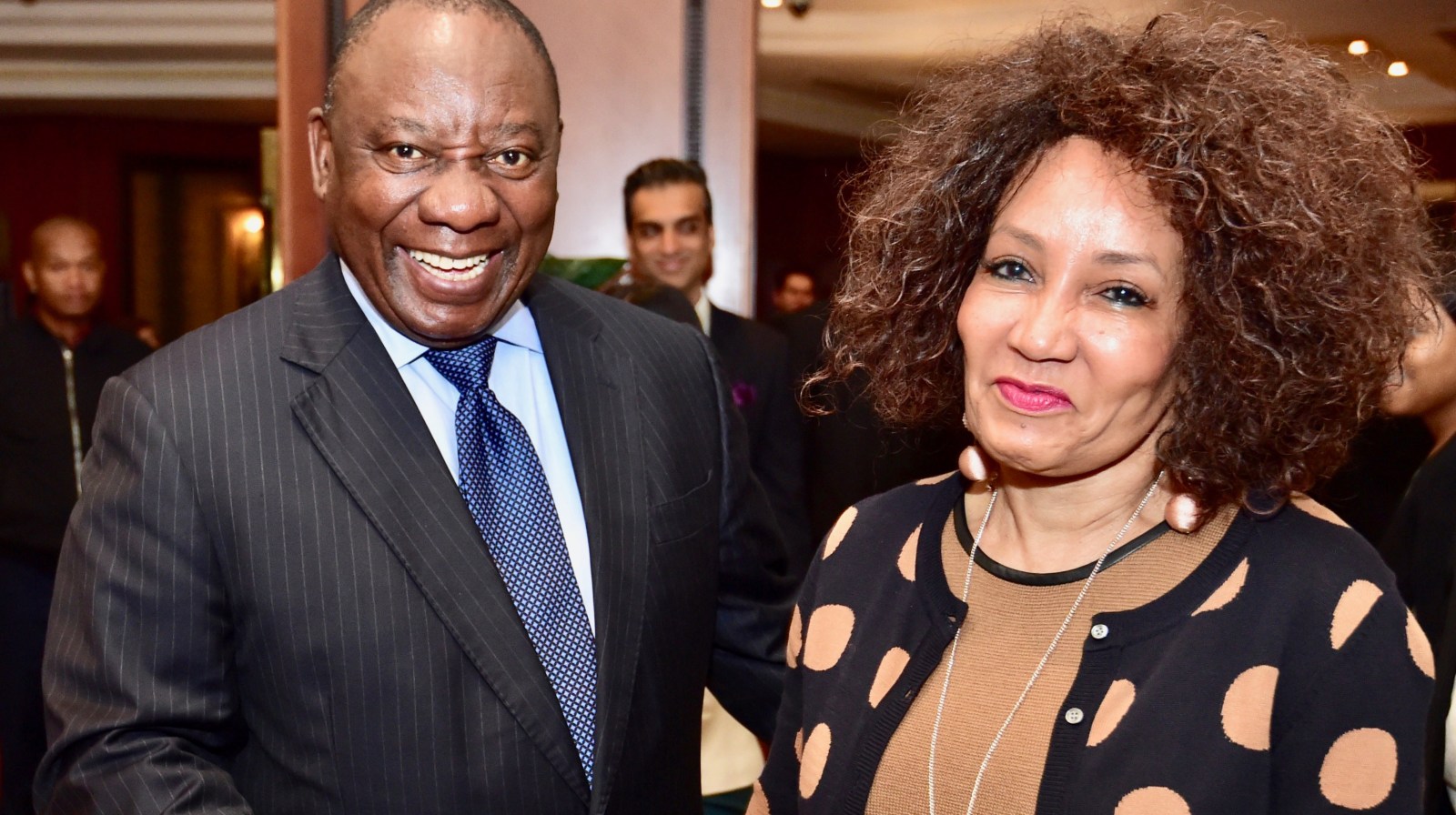 In keeping with our occasional roster of open letters to powerful figures in times of political stress, here is our letter to President Cyril Ramaphosa and Dirco Minister Lindiwe Sisulu about turning the bitter lemon of Donald Trump’s bizarre tweet about South Africa into some much tastier lemonade.

At this particular moment, along with many others, I believe you deserve congratulations for responding so appropriately to that wildly, grossly inaccurate tweet that recently came from American President Trump’s twitter stream about conditions in South Africa.

Further, I must commend you for realising that Donald Trump’s ridiculous comments were really meant as some kind of red meat tossed out to feed his most committed American followers, rather than being any sort of an actual, thoughtful statement on American foreign policy or the conditions in a friendly nation. Sadly, the deplorable idea that white people are being besieged by black and brown people, both in America and around the world, runs deep in the fabric of the administration of Donald Trump. That is a challenge for all of us.

In the immediate aftermath of Trump’s tweet, unfortunately, some people in South Africa chose to engage in their own version of rhetorical excess in rebuttal (I’m sure you know who I mean), similar to the level of what we had seen from Donald Trump. So far at least, reassuringly, what the public has heard from you and your government has been principled and measured, and thoroughly grounded in the facts. Your response to this dangerous silliness deserves real praise.

Although there has, so far, been no public announcement of the outcome from your government’s meeting with American Embassy representatives, I am certain the South African government conveyed its displeasure with the offending tweet very effectively, even as those same embassy representatives surely promised to convey your concerns directly to senior officials in Washington.

Further, I am certain, too, that they also explained that their reporting on the land debate has always been designed to convey to the State Department – and all of the other offices and agencies in Washington – a clear view of the complexities of this debate and the underlying facts about it, as accurately as has been humanly possible to do.

Moreover, I am certain, too, that the American Embassy officers explained cogently that organisations like Fox News and the Cato Institute (the American sources pushing this particular narrative) do not constitute any sort of official branch of the American government. Nevertheless, their right of free speech remains a key part of America’s history and political life, even when their information and interpretations are profoundly wrongheaded.

Still, as I am certain you can well understand, the current – sometimes unruly – dynamics of this still-evolving South African debate over land reform has within it the capability to inject significant concern and uncertainty into international understandings of these developments. Moreover, for unsympathetic or harshly critical external observers, your lively, sometimes-unruly debate over land can too easily be used as evidence of South Africa’s somehow inevitable slide towards a Zimbabwean-style land solution.

Sometimes, too, as we have all learned from examining how Donald Trump came to embrace the idea that land issues in this country have become an ugly, violent, racialised free-for-all; there are groups in both countries which want to fuel or draw energy from those identity politics-driven fears. Indeed, central to Donald Trump’s message, as I noted earlier, is the idea that white people everywhere are under attack by a combination of black and brown people. In this warped view of society, therefore, lines and defences must be drawn up before tragedy overwhelms whites.

The question, then, going forward, is how to make the most effective use of this current state of affairs and the opportunity presented to you by that presidential tweet, in order to advance and enhance your international standing. This is much more important than getting into some kind of foolish, destructive Twitter war with the American president. An opportunity like this can be turned to advantage and so here is an opportunity to do just that.

Instead of ignoring that presidential tweet completely, what I would like to suggest instead is for your government to embark on a multi-part effort to build positively on what is happening domestically, so far, in order to turn attention towards the positive – and away from any version of a narrative that South Africa is just a larger, more and more troubling version of Zimbabwe in waiting.

Why do this? There are several reasons.

First is the need – and opportunity – to reassure the broader international community (aside from those professional scaremongers) that this country takes both the rule of law and the improvement of social and economic equity seriously – and that these two principles must go hand in hand if the country is to succeed.

Second is the need to help ensure that the international investor community, among other interested groups, is reassured about the capability and capacity of your government to carry out a comprehensive plan of land reform that meets the standards and tests your government has already articulated for it. This kind of policy stability might even give a positive boost to South Africa’s prospects with those international ratings agencies.

Third is the need to reassure everyone – domestically as well as internationally – that the rule of law and the South African Constitution will reign supreme throughout any and all future land reform processes. This could be particularly helpful in reassuring those in the American Congress who had previously expressed some reservations about South Africa’s eligibility under the African Growth and Opportunity Act (AGOA). This is particularly important since this US law offering duty-free access to American markets for African products still has seven more years to run, and this eligibility continues to provide major benefits for South Africans and the South African economy in the form of billions of rand worth of exports, and the many jobs they represent.

Concurrently with these efforts, there are also several other useful things to begin doing. First, of course, is to begin to enforce a stronger message discipline among all the members of your government, in order to reinforce a sense that the broad national consultative process – as well as any eventual changes in law – is an intrinsic part of an orderly undertaking. This strongly differentiates South Africa from the unfortunate history of Zimbabwean land seizures. In this regard, it might be useful to begin referring to this larger process as “comprehensive land reform”, rather than the current phrase, “expropriation without compensation”. Doing this could put South Africa’s own future efforts in line with the very successful land reform policies that had been carried out in countries like Japan and South Korea and the island of Taiwan following World War II.

As part of this adjustment in emphasis, it might also be useful if your government’s efforts to transform commercial agriculture were also seen as part of the government’s broad, ongoing consultative process that will invite the participation of experts from Japan and South Korea to offer their advice and consultation to South Africa, going forward.

Additionally, it might be helpful to carry out some carefully focused, intensive study tours to those two nations for key opinion leaders, in order to gain further insights into those respective histories of land reform, when those formerly landless tenant farmers gained legal holdings over the farmlands that they and their families had worked on for generations.

Further, it might even be appropriate to begin publicly highlighting successful, privately carried out initiatives where well-established farmers have already successfully helped bring previously disadvantaged, aspirant commercial farmers into the marketplace and economy. The goal here would be to identify the lessons that can be learned and applied, going forward.

Finally, I think it could be helpful if a select team of experts from your land reform team could begin some well-targeted, thoughtful foreign visits to influential think tanks, media, and social advocacy bodies internationally. Such visits could make South Africa’s case that comprehensive land reform is actually a crucial element in building the social and economic stability that will enhance South Africa’s reputation as a place for broad-based economic growth and investment. Such missions would be in synergy with your already-ongoing efforts to encourage real foreign direct investment, rather than those more volatile portfolio investments by international fund managers. And it will help counterbalance the disruptive and negative narrative emanating from some quarters.

Taken together, if implemented, such a concerted programme of action could even help build better domestic social cohesion around this national policy; help better explain the government’s eventual plans to foreign observers, comprehensively and fairly, and, finally, help build and entrench a peaceful and productive shift in the structure of the national economy to the benefit of all your citizens.

With best wishes and firm hopes for your future success,