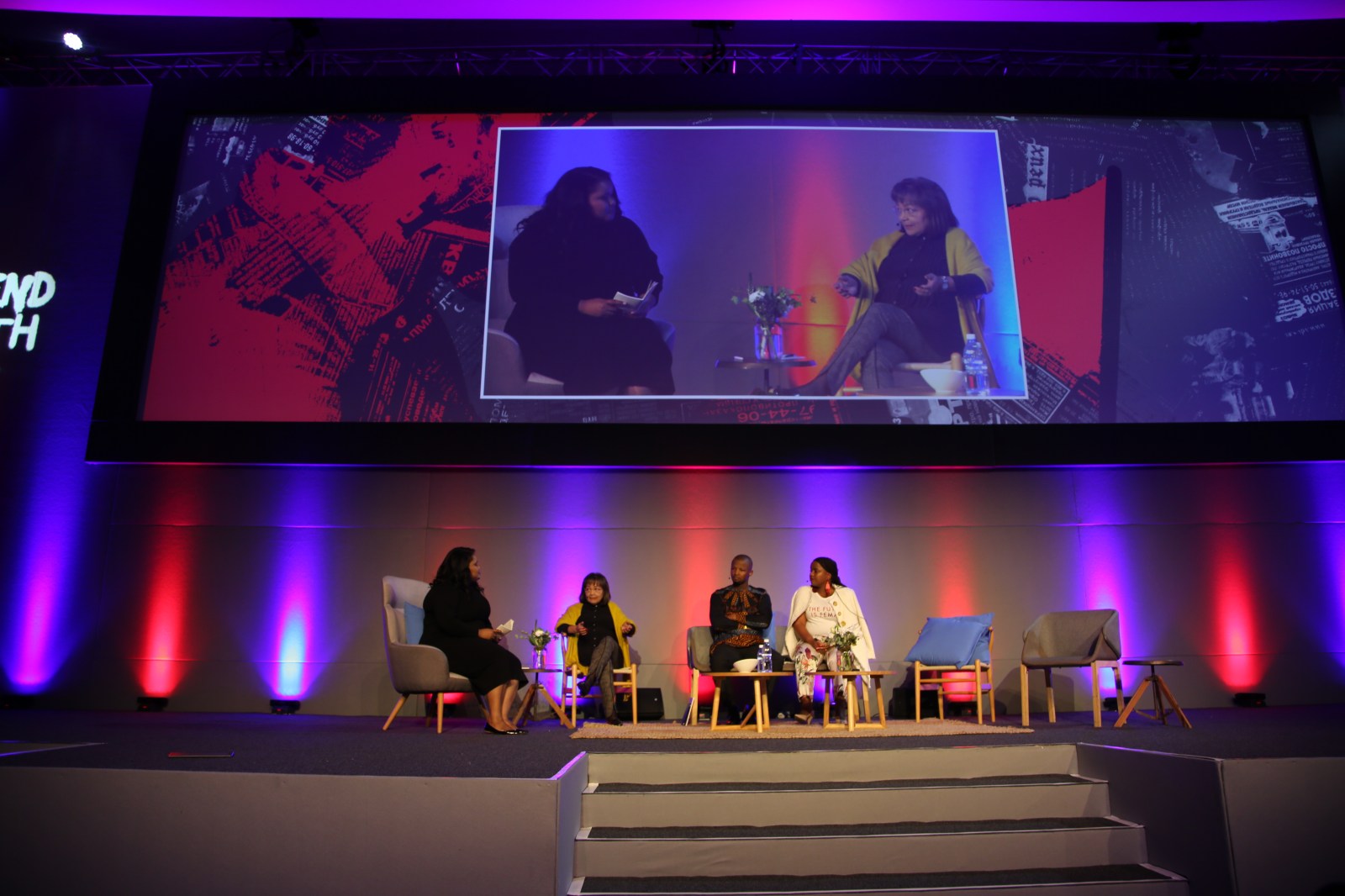 From social media to the SABC, opposition politicians took digs at the media’s often preconceived ideas about their parties or organisations, how fighting on Twitter brings no joy – and generally having to punch above the opposition joint weight of 38% garnered in the last elections in 2014. But it was a discussion on politics and media at Wednesday’s Daily Maverick Media Gathering and much was about what was left unsaid.

It wasn’t so much what was said, but was in the subtext. With three of the four speakers being from the DA – and all women – it was always going to be a little bit of an insider chat.

And so ex-DA parliamentary leader Lindiwe Mazibuko, who now is driving her Apolitical Academy, asked in a clear reference to the DA:

“A political party in 2018 still debating whether redress should be race-based has problems.”

It’s a reference to the recent DA spat over black economic empowerment– and the 2013 DA policy decision under Mazibuko’s term that race, indeed, was a proxy for redress.

“During election time, we see polls that make no sense,” she said, advising media: “Get proper polling”.

And outgoing Cape Town Mayor Patricia de Lille got a chance to again give her view of principle verses position spin, leaving the rest unsaid, about her recently announced departure from office after a mutual agreement with DA leader Mmusi Maimane.

“Seventy-thirty, I was happy with how it was covered,” she said in response to an audience question. “I walked away from the position of mayor because it was about principle.”

United Democratic Movement (UDM) Deputy President and Chief Whip Nqabayomzi Kwankwa, the only male politician in what was quite a reversal of the usual numbers, found a different, non-DA way, into how media seem to gloss over political party character.

“If you look at the UDM over the past years, the (media) narrative is that it is still a one-man show,” he said in reference to party president Bantu Holomisa, while pointing out there was a crop of young leaders.

“It portrays us as an ANC lite, rather than UDM.”

That emerged in the reporting on the tensions between Nelson Mandela Bay Metro DA Mayor Athol Trollip and his one-time UDM deputy Mongameli Bobani, who ultimately lost his position.

“People kept on looking at the UDM through the lens of the DA or the ANC, but we are our own as the UDM.”

It was important for media and journalists to understand where the UDM was located ideologically, and to read up on its policies. If journalists had done their work, they would not ask him whether SoEs should be privatised; the answer was no, said Kwankwa.

And now the media was treating Ramaphosa the same way Madiba was treated, said Kwankwa.

“That part of criticising Ramaphosa is cut out (of media interviews), and it happens a lot at the public broadcaster.”

The SABC was on the road to recovery was the consensus, although there were still issues such as the public broadcaster giving air time to ANC president Ramaphosa to address the nation. Van Damme has officially complained to the broadcasting regulator.

But the women politicians, current, former and outgoing, took over when it came to how women are gender stereotyped by the media.

Mazibuko remembered how at one stage her hair became mainstream news – and how she’s taking great exception at women politicians being called “power hungry”.

“Call me when a man is called power hungry!”

For Van Damme, DA women being described as “weak and helpless” was dehumanising and insulting. That’s what happened when she resigned as national party spokesperson; the reports were that her resignation came after she was bullied by male party colleagues no matter how often she publicly stated she stepped down to study, to have a family.

“Women in the DA have our own agency… It’s dehumanising to be told the only reason you are doing well is because you got a leg up.”

De Lille recalled the constitutional negotiations in the mid-1990s when Ramaphosa and SACP leader Joe Slovo were described as “powerful” when they made their points and banged on the table, but when she did it, it was, “Look at how aggressive she is!”

“In the game of politics you don’t have rules for men and rules for women; you just have rules,” said De Lille.

“But politics is not about sissies. If they klap (smack) you, you klap back.” DM