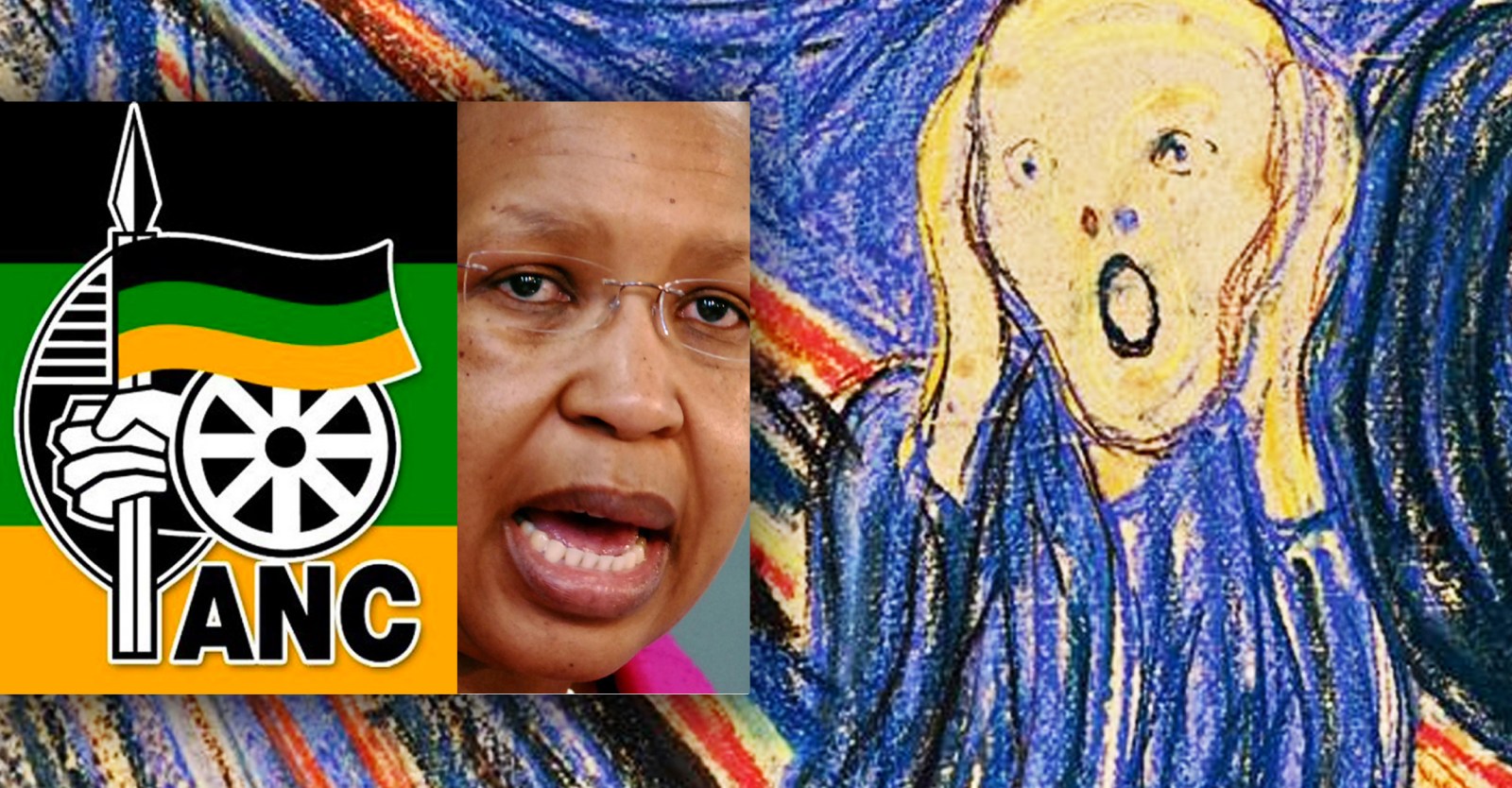 On Monday it was confirmed that the Gauteng ANC had re-elected Qedani Mahlangu to its Provincial Executive Committee. Yes. THE Qedani Mahlangu. THE MEC responsible for the Life Esidimeni tragedy, in which over 140 people died. It is a decision with far-reaching consequences. It is also a decision that says so much about our politics and us, as human inhabiting the lower reaches of the African continent.

South Africa has lost its capacity to be shocked. It is that simple.

Just last week the ANC had to confirm that one of its employees had been fired after it emerged he’d been arrested in connection with not one, but three, cash-in-transit heists. Then, on Monday, it emerged that during the Gauteng ANC’s provincial conference, Qedani Mahlangu had been re-elected to the Gauteng Provincial Executive Committee.

In other words, people who belong to the Gauteng ANC felt that she was a good person to be elected to a senior leadership position. Despite the fact that she is responsible for the biggest government-created tragedy in the province’s history. But ANC members in Gauteng don’t worry, or care, about that. Their (insert a shocked adjective here – insane, crazy, stupid, cold-blooded, blind, unaccountable, blood-curdling, cramp-inducing – could be a good start) decision might have enormous implications for the province. And for Gauteng ANC Chair David Makhura.

Mahlangu had been warned not to go ahead with the transfer of mentally-ill people from the Life Esidimeni Centre to non-governmental organisations. But she did it anyway. The story of the suffering, of the way innocent people died, takes government neglect and callousness to new heights, previously only reached in World War II.

Even the official report by Dr Malegapuru Makgoba could not keep the shock out of its words. People were left to die; cold, hungry and alone. In at least one case a family was lied to – their relative had been dead for months while they were assured he was fine. In another, officials from the national Health Department were told to go to the nearest converted butchery to find the body of their loved one.

And when the moment came for Mahlangu to actually testify about her role in this, she jumped into her history during the Struggle. The reaction of the audience to her comments about how she was taught to disarm a hand-grenade may be one of the key moments in post-apartheid South Africa. On the audio feed there was almost a hiss, a hiss of anger. The audience, made up of people who suffered both during apartheid and during the Life Esidimeni tragedy, were furious. And her excuses about the Struggle were unacceptable. It was the anger of people who were hurt and would not accept just any explanation, no matter how stupid or uncaring it was. They knew that their sisters and brothers and mothers and fathers and sons and daughters had died directly because of Mahlangu’s actions.

She did not accept the blame for their deaths.

But instead of lying low, of trying to atone properly, of simply just leaving the political scene, she stood for election to the Gauteng PEC. It says so much about the ANC that she was elected.

There will be plenty of ANC responses over the coming days, about how this was the will of members, about how anyone in the ANC who is a member “in good standing” has the right to stand for a position. This is not a stance that has to be accepted. Mahlangu could have been dissuaded from standing. Everyone in the party in a leadership position could have said in public that members should not vote for her. Her candidacy did not have to be accepted. There were plenty of avenues available to stop her from running, and plenty of avenues available to stop her from winning a position. None of them was used. There is no record at all of anyone in the Gauteng ANC standing up and saying she is not suitable for election. Why?

Critics of the ANC will have plenty of previous examples to point to. Tony Yengeni has been repeatedly elected to positions in the ANC despite his criminal conviction related to the Arms Deal. Just last month the ANC’s deputy secretary-general Jessie Duarte defended this, claiming that “The conviction of Cde Yengeni worries many in the ANC”. When she was asked about this by EWN’s Clement Manyathela two weeks ago she claimed that the owners of the news organisation were people who “historically hated the ANC”.

No one else from the top brass of the ANC has condemned the decision to elect Yengeni to the position of chair of the Commission of Peace and Stability (which means he will chair discussions about the role of the police service). And no one has quite managed to explain how Nomvula Mokonyane was elected by this national executive committee to be the chair of the National Disciplinary Committee of Appeal. This is despite her promise that the “rand will pick itself up” and after leaving the Ministry of Water and Sanitation in a complete mess.

Mahlangu’s election to the Gauteng PEC could have consequences. First, it will keep her in the limelight when she would be best advised to avoid it. The more attention she garners, the more difficult her life could actually become, if only because she will not be able to get on with her life.

It is obvious that one of the major battlegrounds in 2019 – in fact possibly the battleground – will be Gauteng. Makhura has gone on the record as suggesting that after now-President Cyril Ramaphosa’s victory at Nasrec and the removal of Jacob Zuma from the Presidency, this was a foregone conclusion. The DA and other opposition parties now have something to aim at. And they will not miss in their bid to make sure that Mahlangu is the face of their campaigns.

But for Makhura personally, the stakes are now being raised. Just two weeks ago, in an interview with Daily Maverick, he was asked directly about Mahlangu. It’s worth quoting his response in full:

“Knowing what I know, because the SIU and the SA Police Service have briefed us, I think it is one thing that the citizens will see, things don’t just happen and there are no consequences… I am quite satisfied that they are following through on what came out of the investigation of the health ombud and the arbitration processes, and that is one thing that is not going to disappear.”

I countered “So, there will be justice?”.

“There will be justice,” he promised. “I made a commitment to the affected families, that I will walk all the way with them to ensure that justice is served.”

It is unlikely that the families of those who died in the Esidimeni tragedy, or many voters, will see Mahlangu’s election over the weekend as the “justice” Makhura referred to. His own premiership could actually stand or fall on this issue. If Mahlangu is charged, and if she resigns as a result, and if there is a court process and she and the other people involved are punished, and crucially, seen to be punished, then he will look like a good guy in the midst of bad people. But if she is not, if she is allowed to stay in her position, if nothing happens, and nothing is seen to happen, then he and the ANC could pay an electoral consequence.

There is one last important point to make. The final rebuke to those in the Gauteng ANC who claim that her election is “the result of democratic processes” and therefore must be accepted, is this:

So was the election of Jacob Zuma at Polokwane. And how does the Gauteng ANC feel about that exactly? DM