Riah Phiyega, SAPS cannot be led by a cadre carrying a line of unearned medals on her chest 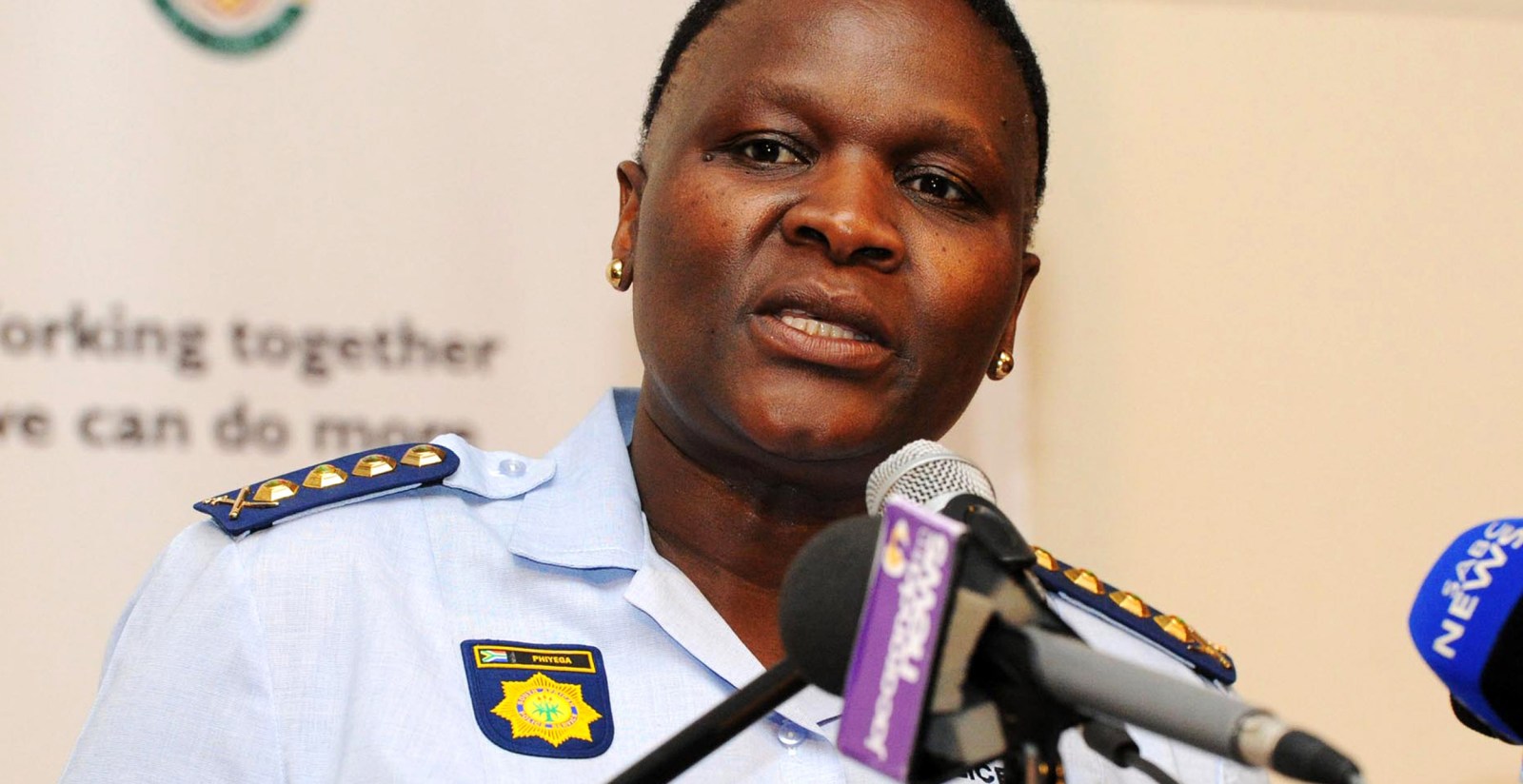 National police commissioner Riah Phiyega briefs reporters on their security plan for the upcoming Africa Cup of Nations at a news conference in Centurion on Thursday, 17 January 2013. Picture: GCIS/SAPA

Riah Phiyega, former and disgraced National Commissioner of Police, has challenged the veracity of a sentence in my critique of the SCA judgment in the Jiba and Mrwebi appeals. I commented: ‘Of his (i.e. Zuma’s) second choice, Riah Phiyega of Marikana mendacity infamy, the less said the better.’ I have been asked by her, in a screaming headline, to furnish the evidence supporting my view. I do so gladly.

This is a response to the article, What is Paul Hoffman’s evidence of my mendacity, deceit and dishonesty?

Mendacity means a tendency to lie.

The Farlam Commission into the tragedy which occurred at Marikana in August 2012 found that Phiyega had precisely such a tendency. Here is an extract from its report:

Inevitably, the Farlam Commission was followed by a Board of Inquiry into Phiyega’s fitness for office. As is her right, she chose not to give evidence in that inquiry. She was probably advised that her evidence could only make matters worse for her, given her poor showing under cross examination and during questions in elucidation while in the witness box at the Farlam Commission. She is now stuck with the consequences of her election not to give further evidence.

The Claassen inquiry found that Phiyega was not fit for office. It accepted evidence led to the effect that Phiyega doctored a report on Marikana by removing, for public consumption, a reference to the killings at the “second koppie” which had been included in her report to the president. This concealment of the fact that police shot and killed striking miners at two different scenes was viewed as misconduct. Correctly so. The Claassen inquiry regarded her attempt to mislead the public as a “breach of her duty to manage and control the police in an honest and transparent manner.”

As Phiyega produced no countervailing evidence, she is stuck with this finding, and no properly conducted judicial review is ever going to reverse it.

While it is so that Phiyega launched two judicial reviews, until such time as the reviews are heard and the findings alluded to above are reversed in a final determination of the reviews, they stand. Two reputable senior judges have created a basis for my comment that Phiyega is mendacious. Their findings are good enough for me. Neither review has been argued, and now that Phiyega’s term of office, much of it spent on fully paid suspension, has ended there is little point, other than attempting to assuage her injured feelings, in enrolling them for hearing.

It gets worse, as a perusal of Phiyega’s rant reveals. Falsely accusing me of all manner of terrible motives, actions and statements is itself mendacious. Phiyega’s assertion that I mention the race of the judges in the Jiba case is false as is her hysterical screeching about corruption, stealing, shooting and giving commands to shoot, none of which are mentioned in the piece that has lodged itself so firmly up her nose as to provoke an intemperate and inaccurate attack on me. It seems that Phiyega was not paying attention in Sunday School when the topic “Thou shalt not bear false witness” came up for discussion.

I do not intend to dignify the playing of the race card by Phiyega with a detailed response. This stratagem is the last resort of scoundrels who have no better argument to offer. Phiyega has obviously not bothered to find out who I am and that I was not born with any silver spoon in my mouth. A brief visit to the Accountability Now website would have spared her the embarrassment of spewing false bile about me in public.

For the record: I am fully in favour of the transformation contemplated by the Constitution and implacably against cadre deployment in the public service as well as all other aspects of the National Democratic Revolution, which is, for now, the policy agenda of the ANC-led alliance.

Upon her appointment Phiyega was asked by a reporter whether she was a deployed cadre. She declined to answer the question.

Phiyega is right in one respect: it is true that other people’s rights, dignity and feelings have to be respected. Would that she had acted on these sentiments in relation to the widows of Marikana. Instead, she publicly congratulated the police on a job well done after the massacre. Her own rights, dignity and feelings have to bow before the public interest in getting a police service that serves the people, not a police force that terrorises, kills and maims them. A functional police service cannot be properly led by a person with no experience of policing who is no more than a deployed cadre carrying a line of unearned medals on her chest and pursuing a revolutionary agenda aimed at making SA into another Venezuela, Zimbabwe or North Korea.

There is huge irony in the fact that Phigeya was propelled into office because her predecessor, Bheki Cele, was found to be dishonest and incompetent by the Moloi Board of Inquiry, which recommended that he be investigated for corruption. Had Phiyega put those investigations in hand, as she should have done, he may not have been appointed as Minister of Police by the new administration.

I will continue my “counter-revolutionary” activities and no amount of noise from Phiyega and her ilk will dissuade me.

As Shakespeare put it in Hamlet: “The lady doth protest too much, methinks.” DM

Paul Hoffman SC is a director of Accountability Now