What is Paul Hoffman’s evidence of my mendacity, deceit and dishonesty? 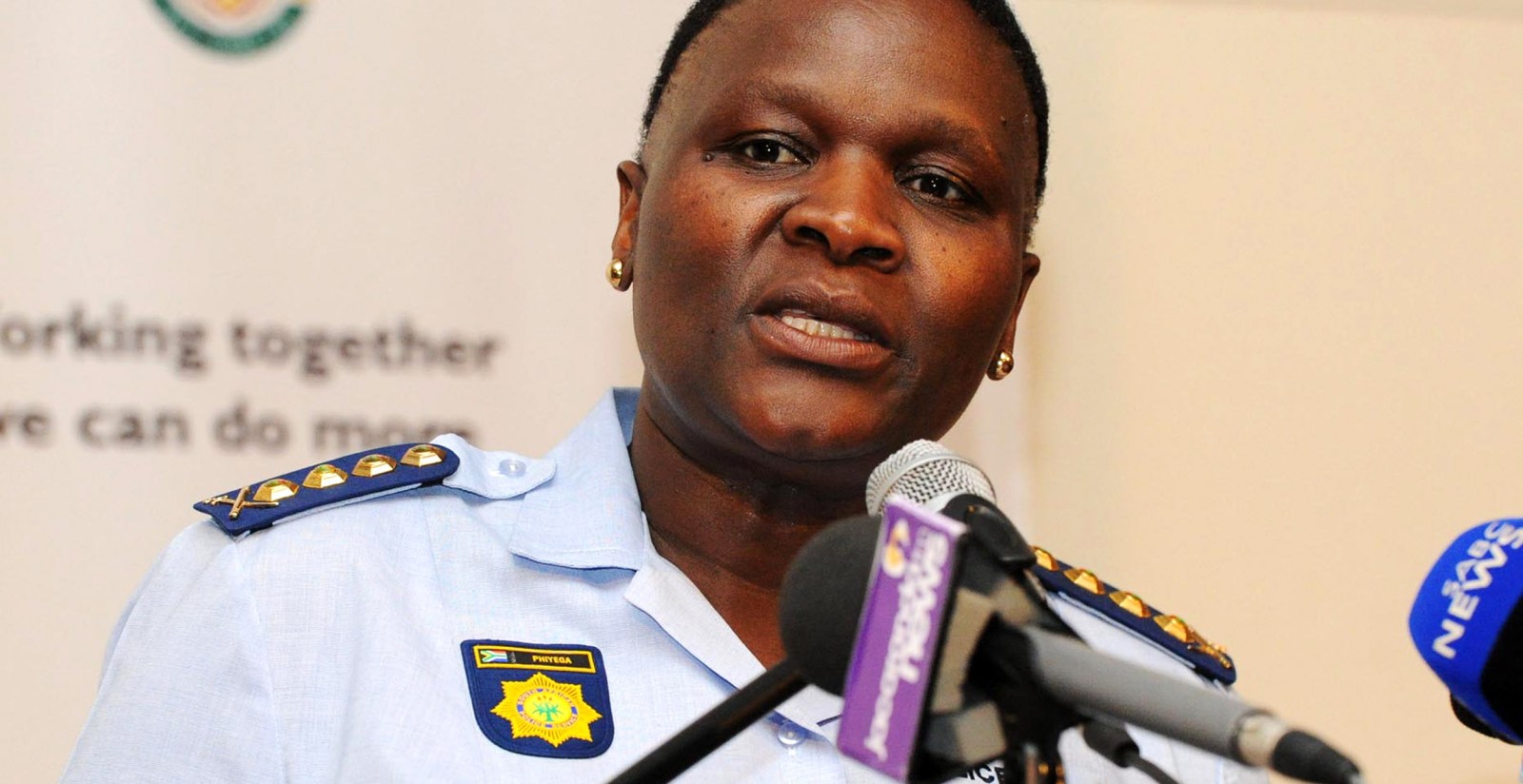 Former national police commissioner Riah Phiyega briefs reporters on their security plan for the upcoming Africa Cup of Nations at a news conference in Centurion on Thursday, 17 January 2013. Picture: GCIS/SAPA

On reading the comments made by Paul Hoffman about me, it immediately dawned on me that he is disrespectful, careless and driven by hatred. He hates transformation with a passion and is driven by deep feelings of racism.

I am writing in connection with an online article titled Jiba, Mrwebi SCA judgment – no need for panic just yet by Paul Hoffman which I read on Friday 13 July 2016, in which Hoffman comments on the judgment of the SCA regarding Advocates Jiba and Mrwebi.

I am in this regard particularly referring to the comment relating to me in the article – “Of his second choice, Riah Phiyega of Marikana mendacity infamy, the less said the better”.

I am not in the habit of responding to every media report relating to me simply because I have made peace with the fact that there is never a short supply of people with an insatiable need to abuse media platforms to malign and denigrate others.

On reading the comments made by Paul Hoffman about me, it immediately dawned on me that he is disrespectful, careless and driven by hatred. He hates transformation with a passion and is driven by deep feelings of racism. I cannot ignore the deep rooted evil intent of Paul Hoffman’s assertions. I am reminded of what in my language such people are called, “makgowa” in plural and “lekgowa” in the singular. The core word in this term is “kgowa” – this means a person who is very arrogant and without reason makes it his business to belittle, malign and denigrate others that he believes are lesser mortals. In short, a bully who does not have an inkling that other people’s rights, dignity and feelings have to be respected.

“Bokgowa” is tantamount to what is known as character assassination which is explained as a deliberate process to destroy the credibility and reputation of others. This is done by publicly raising false accusations, half-truths, manipulating facts and sponsoring falls narratives (sic). It is clear in my reading of his article that Paul Hoffman’s intention is to tarnish my name. Of course he does so in order to sponsor his narrative to tarnish the reputation of the three black Judges as is evident from his allusion to the race of the Judges that delivered the majority decision.

He knows the strength of the media platform. He abuses his access to this platform to advance his “bokgowa” “ agenda. He knows very well that it is very difficult to challenge his narrative and that such narrative, once publicised, is very difficult to reverse. This is why I am responding to him and not keeping quiet. I shall not give legitimacy to the continued “bokgowa” of Hoffman.

Every time we witness an injustice and do not act, we train ourselves to be passive in the presence of “bokgowa ”and thereby eventually lose all ability to defend ourselves and to put the record straight as well as to promote the truth. I write because I do not want to ignore and thus endorse the evil and lies perpetuated by Paul Hoffman using a non-factual narrative that has been peddled in the media for a long time. I am writing because I do not want to become an accomplice to his lies.

Hoffman accuses me of mendacity, deceitfulness and dishonesty. I am sure his list of these deprecating words is endless, but what are his facts? What is his evidence of my mendacity, deceit and dishonesty? It cannot be Judge Farlam’s report because even the venerable Farlam did not heed the evidence, facts and testimony before him when he compiled his report.

One would expect that Paul Hoffman, as Senior Counsel, would have paid particular attention to the facts and their accuracy and would have striven to be fair and unbiased in his writings and opinions. No, not in the case of Paul Hoffman. He believes in not spoiling a good lie by considering facts and evidence. If Hoffman had taken the trouble to read the Farlam report and the Claassen report he would know that Judge Claassen concluded that Judge Farlam was wrong to find that I lied to the Farlam Commission. An honest Senior Counsel would have respected the truth before spewing the bigoted bile that Hoffman is peddling.

As to the first question to be answered, the Board found in favour of the NC (National Commissioner) that she did not mislead the “FCI” ( Farlam Commission of Inquiry) by not disclosing during her initial evidence as to the existence of an extraordinary National Management Forum ( the extraordinary NMF) meeting held after the official NMF meeting in Midrand on July 15 August 2012.

The Board found that she did disclose such fact during her initial evidence and that the “FCI” incorrectly accused her of non-disclosure. Consequently the Board recommends that the NC (National Commissioner) be acquitted of this charge.

To accuse me of mendacity and infamy without supporting facts and evidence is tantamount to a deliberate and sustained process to destroy my credibility and reputation. The misleading half-truths and manipulation of facts is deliberate and sustains the racist narrative of corrupt, incompetent blacks because in Paul Hoffman’s eyes “being black, I must be corrupt, dishonest, incompetent and not reputable and I deserve to be defamed by a holier than thou white male that he is”.

Paul Hoffman covers his half-truths by misleading the reader by saying “Of his second choice, Riah Phiyega of Marikana mendacity infamy, the less said the better”. Indeed he cannot factually tell the world that I lied. He will never find anything about me being corrupt. I do not steal anybody’s thing. I did not kill anybody. I did not lie. I did not command any public order operation sitting almost 200km away from the scene of the Marikana tragedy. The Police Act did not allow me to command Public Order Police by remote control while I was sitting in the office in Pretoria. The power to command a public order policing operation is legislated the and well governed by police standing orders.

If Hoffman as a Senior Counsel had taken the trouble to peruse the SAPS Act he would indeed have known that the National Police Commissioner does not have the power to command public order policing operations unless the powers of those responsible for the operation are withdrawn by the president and re-delegated to the National Commissioner. Perhaps Paul Hoffman would have known that it would have been illegal for me to have engaged in tempering (sic) with the plans that the commanders in charge of the operation in Marikana had made. But of course considering such factual truths would have got in the way of his narrative that I am mendacious.

I am a woman of integrity. I worked very hard in my life to be where I am and I had no luck to have a silver spoon in my mouth. Unlike some people, I did not have the apartheid system to prop me up. I conquered many struggles and this why I shall not allow “bokgowa” to take away my integrity, ability and dignity, all which I have worked hard for.

I feel very strongly about the perpetuation of the Hoffman type narrative. This is why I have approached the courts to challenge the findings of Farlam and the conclusions of Claassen and to have these set aside on review. DM