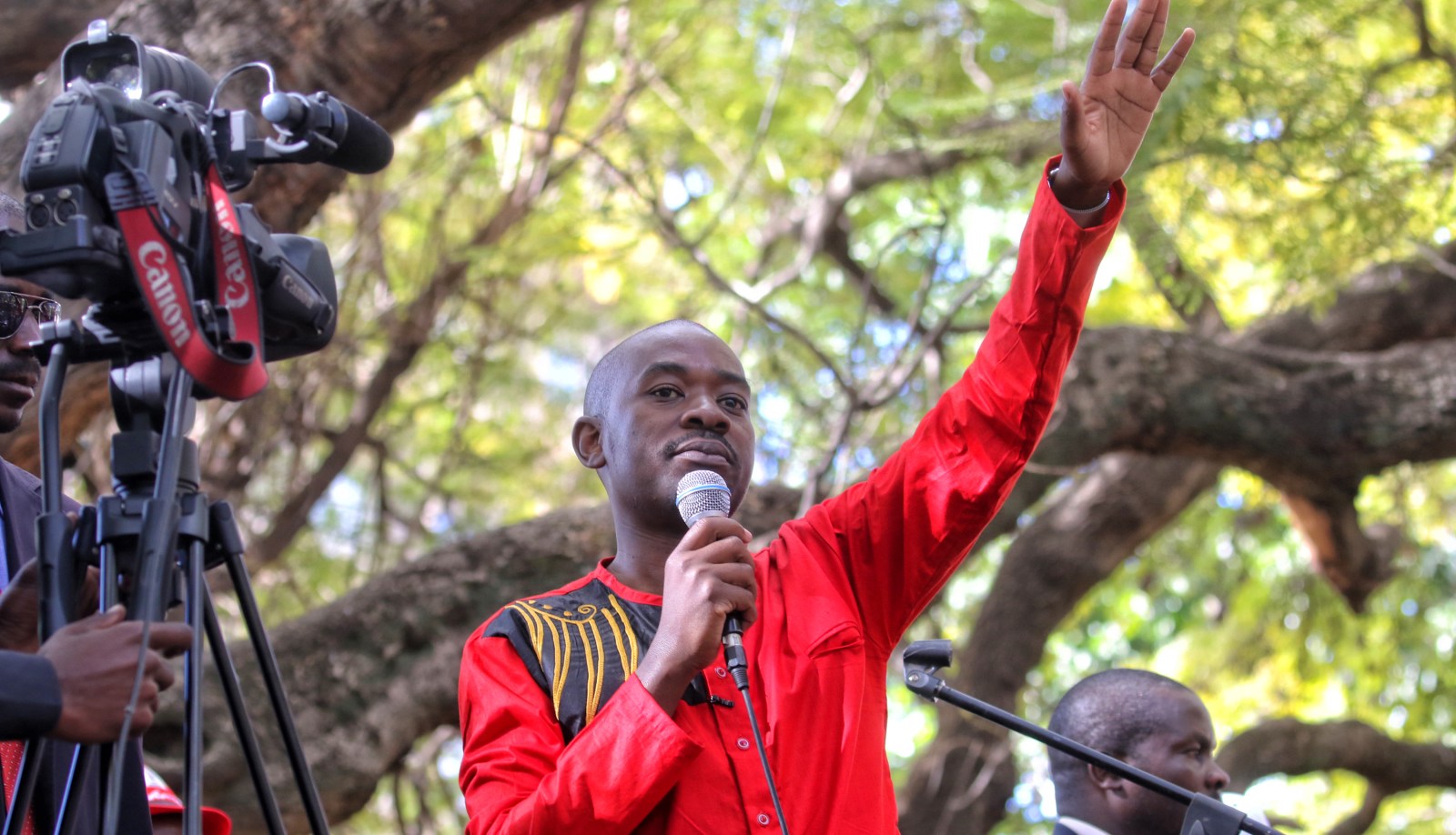 MDC Alliance protesters don’t trust Zimbabwe’s electoral body, want to keep a close eye on the printing and storage of ballot papers and examine the voters’ roll in the run-up to the Zimbabwe election.

Thousands of Movement for Democratic Change Alliance (a coalition of seven political parties) supporters protested in Harare on 11 July 2018 with their presidential candidate Nelson Chamisa threatening they would camp at the Zimbabwe Electoral Commission (ZEC) offices if their demands were not met within a week.

The protesters were demanding that the electoral body allow all contesting political parties and candidates in the elections, slated for 30 July, to be allowed to observe the printing, storage and distribution of the ballot papers to be used in the polls and to be availed with the biometric voters’ roll.

Addressing the supporters at Harare’s Africa Unity Square, where they gathered after the presentation of a petition to the ZEC, Chamisa said the demonstration would be the last from which people would go home without their concerns having been addressed.

Chamisa said President Emmerson Mnangagwa knew he could never win a free and fair election and his only option to retain power was rigging the poll, adding that he (Chamisa) was aware of plots to do this as he had informers in the ruling Zanu-PF party.

“Now we hear there are 64 Russians who are here in Mount Pleasant (a suburb in Harare) who want to change the ballots. We can’t have foreigners coming to interfere with our elections and we are taking that on,” he said.

Chamisa said the alliance would not go into the election until they had agreed on reforms they wished to see implemented but said they were not going to boycott the elections.

The MDC Alliance leader said they would engage the ZEC in the coming week and if they failed to agree, they would “move to gear number two”.

This Flag pastor, Evan Mawarire, who in 2016 called for a national shutdown which brought the country to a halt before fleeing to the US, called on election observers to listen to the people’s views.

“We cannot have a referee wearing the uniform of a rival team, so we are saying to the observers that are here, please look at all these people [demonstrators]; they are saying this process is not transparent.”

Alliance member, Jacob Ngarivhume, who leads the Transform Zimbabwe party, said it was important for the ZEC to be impartial and avail the voters’ roll to all those contesting the elections.

“We want to ensure that the law is applied consistently and we will not go back on the issue of the voters’ roll. Mnangagwa must not be on the top right corner of the ballot paper, it can’t be possible where we have 21 candidates,” he said.

Tendai Biti, the former finance minister in the Government of National Unity and leader of the People’s Democratic Party, said voters were ready to pay with their lives for free, fair and credible elections.

Zimbabwe’s elections have been controversial over the years, with the opposition blaming the Registrar-General, Tobaiwa Mudede – who was responsible for running the country’s elections before the coming of the new constitution – of rigging the election in favour of former president Robert Mugabe.

When ZEC took over the management of the country’s elections, it was also accused of manipulating the electoral process to favour Zanu-PF.

In the 2008 election, it took the electoral body almost a month to release results of the presidential election in which Mugabe contested and apparently lost to MDC’s Morgan Tsvangirai, who later pulled out of a rerun, citing violence against his supporters.

However, speaking at a media briefing on 9 July, ZEC chairwoman Justice Priscilla Chigumba said the printing of the ballot papers was the prerogative of the electoral body as provided for in the country’s supreme law.

She advised aggrieved parties to appeal to the African Union and Southern African Development Community. DM