Zuma’s new lawyer Mantsha was once struck off the roll, and later delivered Denel to the Guptas – basically, he’s ideal for the job 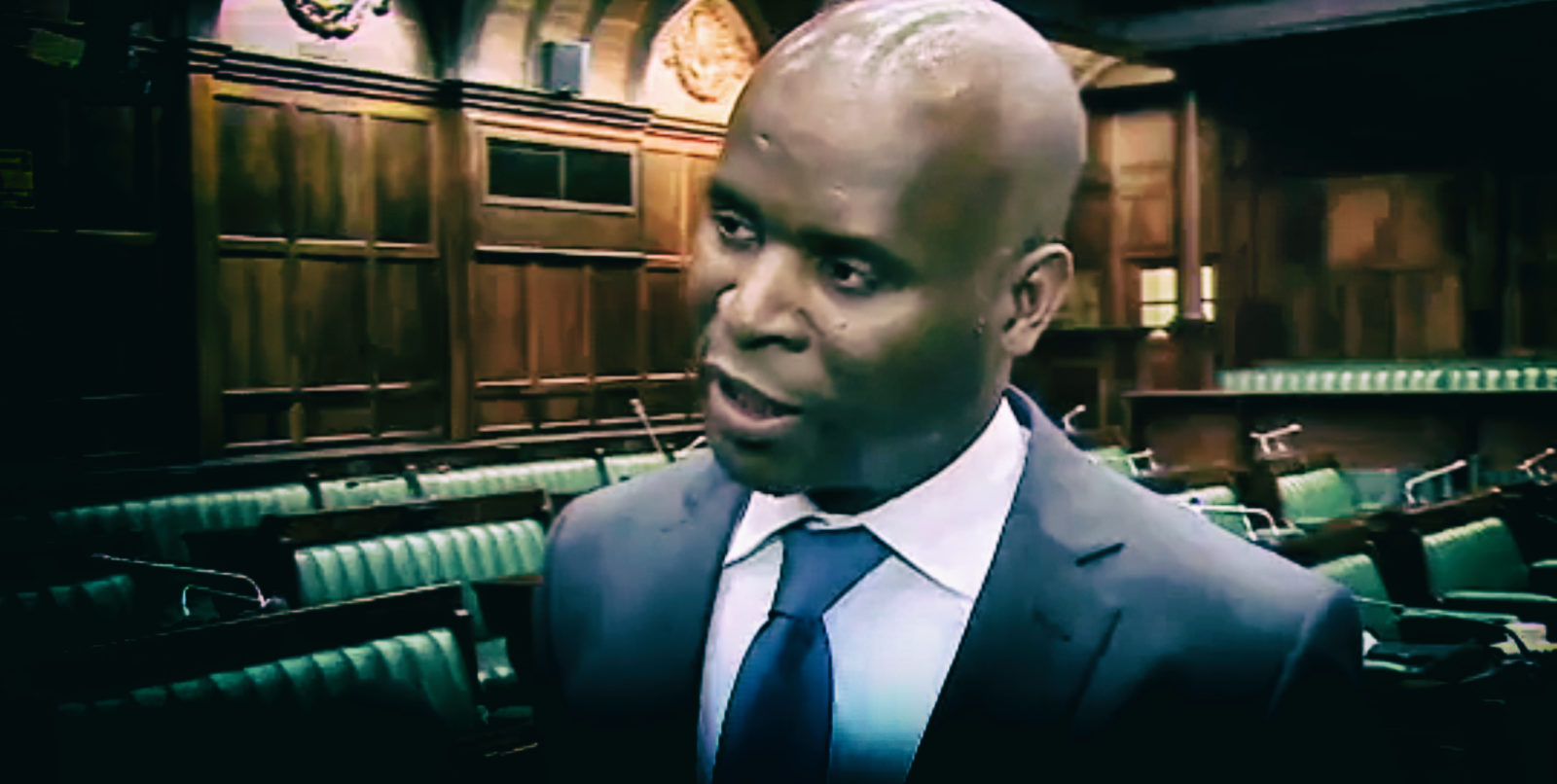 Daniel Mantsha, Zuma's new lawyer, was once Denel Chairperson at the height of State Capture. (A screen grab from ANN7 YouTube video)

Shocking but not surprising: former President Jacob Zuma has appointed a new attorney to represent him – a man who was once labelled dishonest by a court of law and found to have acted in a “deceitful manner”. Lungisani Daniel Mantsha is the new Michael Hulley, after Zuma fired his lawyer of 12 years.

While it is intriguing that former president Jacob Zuma decided to end his relationship with Michael Hulley, a man known to do his legal dirty work for over a decade, it is also interesting to see who took his place.

If there is a State Capture check list for the most captured South African by the Guptas, Dan Mantsha would be high up there – perhaps only beaten by Mosebenzi Zwane. The Gupta emails revealed how this attorney was hand-picked by the notorious family and cultivated into the man who would essentially hand over the keys of a vital state-owned institution-state arms company, Denel, to the Guptas and their associates.

Mantsha appeared on the national stage a while back, in 2007, when a court found that he was not a fit and proper person to practise as an attorney and he was struck off the roll of lawyers. The ruling came after a litany of complaints made against him by clients. In the 2007 judgment, the court went as far as saying that the public needed to be protected from him.

Fast-forward four years to 2011, and Mantsha was readmitted as an attorney. He shot to notoriety when he served as special adviser for former minister of communications Faith Muthambi in 2015, perhaps the time he was baptised into State Capture. When the opposition raised Mantsha’s chequered past, Muthambi was quick to defend him and he gave her advice that perhaps contributed to the decay of governance at the SABC at the time.

On July 24, 2015, then public enterprises minister Lynne Brown (herself a Gupta lackey) announced that Mantsha was “appointed as Non-Executive Director and Chairperson of the Board Denel with effect from 24 July 2015 for a three-year period”. At the time, she didn’t mention that he was barred by the law society and found to have been a liar and a cheat by a court. She only described him as “an attorney who has acquired valuable experience over the years in corporate finance, transactional advising, business management, Commercial Law, media and communication law, administrative and constitutional law”.

Thanks to the #GuptaLeaks, we know that days after his appointment to the board of Denel, Mantsha forwarded a copy of his outstanding municipal account for R14,238 to Gupta associate Ashu Chawla. He then started leaking sensitive and confidential Denel documents and information to the Guptas and their business partners. The emails showed that barely a month after being appointed, the Guptas took him on a trip to India. The next month, in September that year, they took him to Dubai and arranged a special chauffeur to take him to the Guptas’ Dubai mansion. (As a bit of dark humour – despite the five-star trips, in October he still wanted the Guptas to pay his municipal bill).

Can you see why Mantsha ranks high on the Gupta captured barometer?

With Mantsha’s direct control of Denel, he effectively handed over the once thriving SoE to the Guptas who were ready to sell it off to the highest bidder. Despite facing criminal charges, Mantsha stuck around as chairperson of Denel until Pravin Gordhan was announced as public enterprises minister in March 2018. After his appointment, Gordhan laid down the law and Mantsha was soon on his way.

Enter Mantsha Attorneys – a law firm with offices in Craighall, Johannesburg. Mantsha went back to being a practising attorney, specialising in, according to his website, commercial law, property law – basically every type of law besides criminal law. Which is ironic, because on Monday it emerged that Mantsha is now former president Zuma’s lawyer who will lead his defence in his criminal case.

It is unclear whether it was the lack of state funding or a personal fallout over legal strategy that led to Zuma’s firing of Hulley. When Hulley appeared for Zuma in his last court appearance in June in his criminal case, it was unclear who would pay him. Zuma also could not respond to the civil cases around the state’s continued funding of defence because he didn’t know who would foot the bill.

The Presidency only agreed to fund Zuma’s criminal case when and if the trial takes place unless a court orders them not to. They have not given any undertaking to fund his civil cases. This obviously put Zuma in a predicament because the civil cases seem to be a means for him to stall the criminal case.

It may never be known why Zuma parted ways with Hulley and chose Mantsha instead. But those who were once close to him have said Mantsha would represent him for free, “because he already made money with the Guptas”.

Efforts to get clarity on the matter from Mantsha were unsuccessful.

The most pressing case Mantsha has to deal with now is to submit opposing papers to both the DA’s and EFF’s court bids to halt the state from paying any of Zuma’s legal fees. He also has to continue fighting a case where Zuma is personally liable for legal costs. Further, on 27 July, Zuma is expected to appear in the Pietermaritzburg High Court on the 16 charges of fraud and corruption he faces in relation to the arms deal.

Mantsha and Zuma are in many ways alike – they both were found to have misappropriated money, have had their integrity questioned by a court of law and, of course, have both been close to the Gupta brothers.

This move by Zuma to fire Hulley and replace him with Mantsha suggests that the foot soldiers in the State Capture project are banding together for a fightback. It is as if the words of Joel Netshitenzhe are playing out; the beneficiaries of State Capture won’t give up without a fight. DM