Just Fontaine’s World Cup record is safe, but these have been shattered or equalled 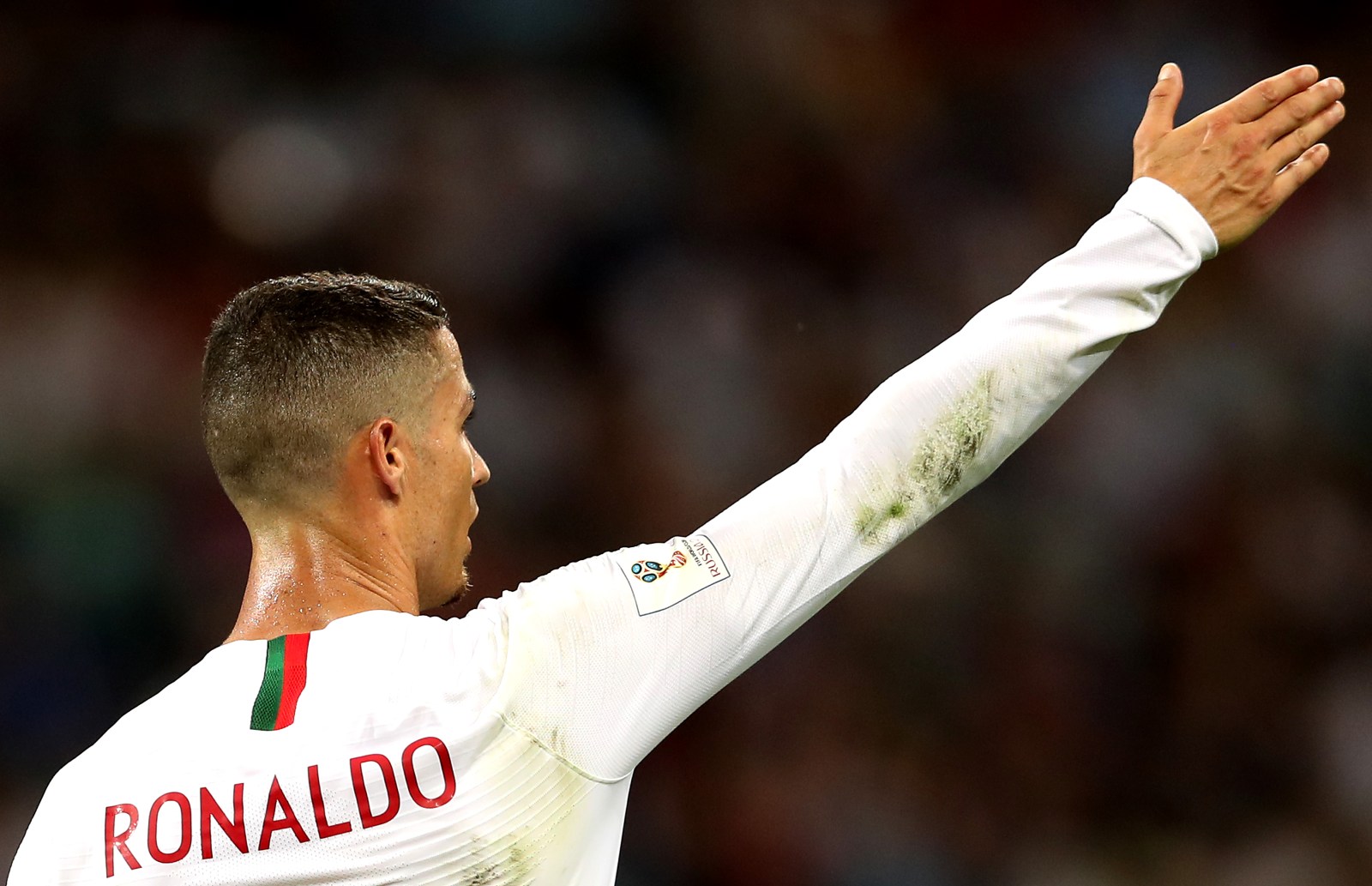 Cristiano Ronaldo of Portugal reacts during the FIFA World Cup 2018 round of 16 soccer match between Uruguay and Portugal in Sochi, Russia, 30 June 2018. EPA-EFE/FRIEDEMANN VOGEL (RESTRICTIONS APPLY: Editorial Use Only, not used in association with any commercial entity - Images must not be used in any form of alert service or push service of any kind including via mobile alert services, downloads to mobile devices or MMS messaging - Images must appear as still images and must not emulate match action video footage - No alteration is made to, and no text or image is superimposed over, any published image which: (a) intentionally obscures or removes a sponsor identification image; or (b) adds or overlays the commercial identification of any third party which is not officially associated with the FIFA World Cup) EPA-EFE/FRIEDEMANN VOGEL EDITORIAL USE ONLY

Put your records on. And break them.

At the 1958 World Cup, Just Fontaine set a record that looks unlikely to be broken any time soon, even with the advent of VAR.

The Frenchman scored 13 goals in just six games. To this day, he remains one of the top World Cup scorers of all time, despite having played in just one tournament.When Cristiano Ronaldo announced his arrival at the Russia World Cup with a hat-trick against Spain, a few anoraks might have started tingling at the thought the record might finally fall. There’d be no such feat from the Portuguese legend.

Ronaldo fizzled, missed a penalty, pulled his shorts up dramatically and packed his bags after a last 16 exit, with just four goals in tow.

While that record looks set in stone for another four years, a few others have already been broken or equalled at the 2018 edition.

Egypt equalled the record for most appearances while never winning a match, joining Bolivia and Honduras with that dubious honour. Poor Mohamed Salah was not only strong-armed into a political sideshow, his team left as one of the biggest losers.

All countries for old men

Keeping with theme of a World Cup country for old men, Ronaldo might not walk away with a golden boot but he is the oldest hat-trick scorer at the tournament, at the ripe age of 33 years and 130 days.

Overall, the average age of the 736 players in Russia – almost 28 – is the oldest in the tournament’s history

Mexico’s Rafael Márquez has the most appearances as a captain (17) and the most tournaments as captain (five) as he carries on his merry way. But he also has a complicated story after being named on a United States Treasury Department blacklist of people that the States says have helped drug cartels to launder money.

He was barred from wearing any sponsored gear at the tournament and is still trying to clear his name.

Neymar holds the record for feigning the most injuries (we made this one up, don’t write in) and scored the latest goal before extra time: the 97th-minute strike against Costa Rica in the group stage.

Croatia’s Danijel Subasic joined Portugal’s Ricardo in making the most saves (three) in a shootout.

As for the men behaving badly, Mexico’s Jesús Gallardo joined two other players in receiving the fastest caution in a tournament (within the first minute). Now-retired Javier Mascherano, meanwhile, holds the record for the most cards of all time. In his defence, red and yellow cards only made their first appearance at the global showpiece back in 1970.

And since this is the tournament of upsets, Germany joined the cursed champions club when they become the sixth defenders of the cup to exit in the first round. Worse still, it was the first time Die Mannschaft had not progressed to the second stage. Ouch.

In the process of that exit, Germany racked up another record. The loss against South Korea was the biggest upset of a defending champion at a World Cup, based on rankings. The Koreans, ranked 57th in the world, beating the number one ranked side.

Russia’s elimination of Spain, meanwhile, was the biggest upset in terms of rankings in a knockout stage, as a team ranked 60th knocked out a team ranked tenth.

Compared to the 2014 edition, there have already been more penalties saved, more penalties awarded (thanks, VAR) and more own goals. Panama, with their goal difference of -9, did worse than Cameroon’s -8 back in 2014 and Argentina have bettered the 2014 attempt for most goals scored by a losing team in a match (two in 2014 vs three in 2018).

More to be broken in the crunch stages of the tournament, surely.  DM