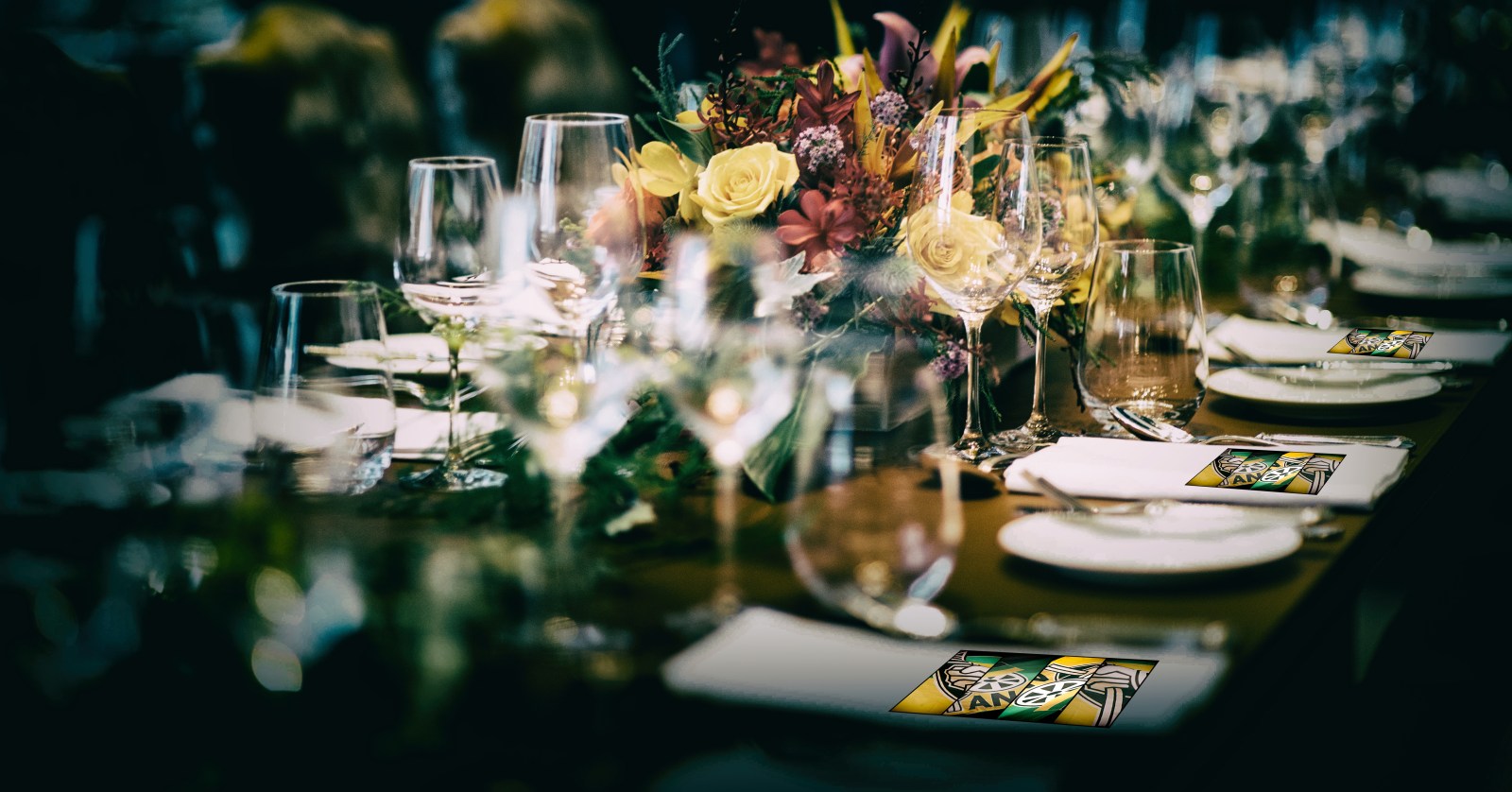 Photo by chuttersnap on Unsplash

‘From the foundation of the city till the reign of the Emperor Gratian, [soldiers] wore cuirasses and helmets. But negligence and sloth having by degrees introduced a total relaxation of discipline, the soldiers began to think their armour too heavy, as they seldom put it on. They first requested leave from the Emperor to lay aside the cuirass and afterwards the helmet. In consequence of this, our troops in their engagements with the Goths were often overwhelmed with their showers of arrows.’

A shortlist of South African truisms:

In government, there is always an act of revelatory overreach, and here it was: how can the agency ostensibly mandated to change the circumstances of South Africa’s 20.1 million people between the ages of 15 and 34 – who face ludicrous rates of unemployment, one of the more inefficacious education systems in the world, a horrific provincial healthcare regime, apartheid-era levels of racial imbalance, and Scorsese-movie amounts of petty and violent crime – improve the circumstances of those they claim to represent by serving dinner to a roomful of ANC insiders?

Questions. Were all the youth invited? If not, why not? And which youth served as their proxies?

“This year marked 42 years since the 1976 Soweto Uprisings and commemorations were held under the theme ‘Live the Legacy: Towards A Socio-Economically Empowered Youth’.”

It is a longish road, apparently.

It’s hardly breaking new ground to say that since the advent of democracy, the ANC has developed an uncomfortable preference for pageantry over substance. The party’s 24-year experience of majoritarianism has only deepened those tendencies, and the bread/circuses ratio has tipped heavily in Boswell Wilkie’s favour.

Under former presidents Mbeki, Motlanthe and Zuma, February’s annual State of the Nation Address devolved into a fashion show that became increasingly garish and pointless, much like South Africa. (Until the 2015 instalment, of course, when the Economic Freedom Fighters transformed the event into a WWE smackdown.) Famously, over the course of his tenure Zuma stole much of the money in the country, and so in service of “austerity” Parliament had no choice but to phase out its traditional post-SONA dinner. But in 2017, a mysterious invitation, designed like a Bloemfontein nite-club flyer from the mid ‘90s, announced a Baleka Mbete-endorsed Speaker’s Ball, and was sent out to baffled “stakeholders, colleagues, friends and comrades”.

Parliament and the ANC scrambled to dissociate themselves from the shindig, insisting that “it would be both unimaginable and improbable for the Speaker’s event to be funded by [Parliament]. Any insinuation to this effect is rejected with the contempt it deserves.”

A month after the party, no one involved had been paid.

In other words, while this may not have been a government or ANC event, it resembled one in almost every aspect.

The reaction to the Speaker’s Ball once again proved that an enraged public wasn’t really down with MPs, party hacks, assassins, business toadies and political blessers dressing up in designer clobber and drinking Rupert & Rothschild Classique until they hurled all over their Taxify BMWs. Still, as far as balls were concerned, 2017 was a bumper year. Many different acronyms held many different events, such as the South African Forum of Civil Engineering Contractors (SAFCEC), which held its 78th (!) Presidential Gala Dinner on 16 October 2017.

Like many such events in the run-up to the 2017 ANC electoral conference, the gala was endorsement of a particular ANC presidential faction – in this case, Team Ramaphosa. Barely a month later, the South African Chamber of Commerce and Industry (SACCI) hosted its “premier Annual Convention and Gala Dinner”, themed “The Role of Social Partners in the Delivery of Radical Socio-Economic Transformation”. (Mainstream association galas came down firmly in favour of the Ramaphosa camp, but the Dlamini Zuma cabal were also gala’d into oblivion.)

The ANC, as ever, goes nuts for shit like this. Galas were a feature of both June’s interminable policy conference, and December’s excruciating electoral conference, both held in the concrete tomb of Johannesburg’s Nasrec compound. Zuma’s final gala dinner, which brought a “Who’s Who” of slavish hangers-on praying that their pet politician would win the electoral conference, was a ludicrously tense affair. But the best, a.k.a. the worst, was the ANC’s birthday gala, which was held in January at the East London International Convention Centre. This was Ramaphosa’s big debut, and a vast amount of money was blown in order to raise money in vast amounts.

The ANC offers a raft of options for those hoping to buy access to politicians and purchase influence with the organisation.

The Titanium package was “individually negotiated”, and got you a seat with the president or some other heavy hitter at the main table.

A Platinum package cost R250,000 and bought you a table of 10, eight seats of which you were free to fill with your crew, while the ANC kicked in a member of the Top Six, and a “distinguished guest”.

A Gold package ran to R200,000 and scored you a provincial premier, while the R100,000 silver packages bought you a lowly deputy minister. A single seat set you back R5,000.

The ANC is for sale. But the price is higher than just gobs of hard currency. First, there are the terrible speeches. Second, there is the excruciating small talk. And then, there’s the food.

“On the menu was smoked chicken and mango with a strawberry salsa to start,” noted a critic of the birthday gala’s repast.

“For the main, a chicken breast and lamb cutlet duo arrived with an awkward side of what was called a vegetable basket, but was really just a hard pastry with barely a teaspoon of gravy and overcooked veggies plopped in the middle.”

The ANC did not, sadly, provide anti-nausea suppositories, and nor did it help guests administer them.

South African gala dinners are held for two main reasons. The first, as we’ve noted, is to buy access. There is no second reason. The National Youth Development Agency dinner fell into the latter category. The agency’s media representative, Lerato Gambu, is an excessively nice person. But he was left juggling chainsaws when asked to explain the reason for the agency’s festivities.

“I can tell you that we spent less than R200,000 on this dinner,” he told Daily Maverick. “And it was a collaborative event between us and the Limpopo government.”

Which is basically broke, no?

“Look, you can say it’s not the best way to spend the money. But we have to report back to our stakeholders, it’s part of the accounting process. This is how we report back.”

Not so ironically, given that we’re the cash-in-transit heist capital of the planet, the worst of these events used to take place in broad daylight. Remember the New Age Business Breakfast, that vast money suck that leached resources from busted state-owned organisations like Eskom, which between 2011 and 2012 paid at R7.2-million for six events, and Transnet, which coughed up R12-million for 12 events that same year? With access to bacon-doped Gupta ministers and other State Capture artistes, and paid for entirely by the state twice over, the breakfasts netted an estimated R1.15-million a pop for the bad guys.

Both the New Age itself, and the breakfasts it underwrote, are now relics of the Zupta-era looting frenzy. What shouldn’t be forgotten is that state agencies, ministries and the governing party itself are still blowing dough on WMC grape juice and “vegetable baskets”.

Plus ça change, and all that shit.

“It is always easy, as well as agreeable, for the inferior ranks of mankind to claim a merit from the contempt of that pomp and pleasure, which fortune has placed beyond their reach.”

He also noted that “a reformer should be exempt from the suspicion of interest, and he must possess the confidence and esteem of those whom he proposes to reclaim”.

If President Ramaphosa really wants to clean things up, he should start by discouraging nighttime bacchanals and bleary-eyed breakfasts. Ask anyone who’s eaten an ANC-branded vegetable basket lately: bad taste is always in bad taste, and democracy flourishes not at the seat of a Titanium package table, but when access to decision-makers is not restricted to the rich and the connected. DM