Fifa allows fan with a blackened face into stadium, despite promises it won’t be tolerated 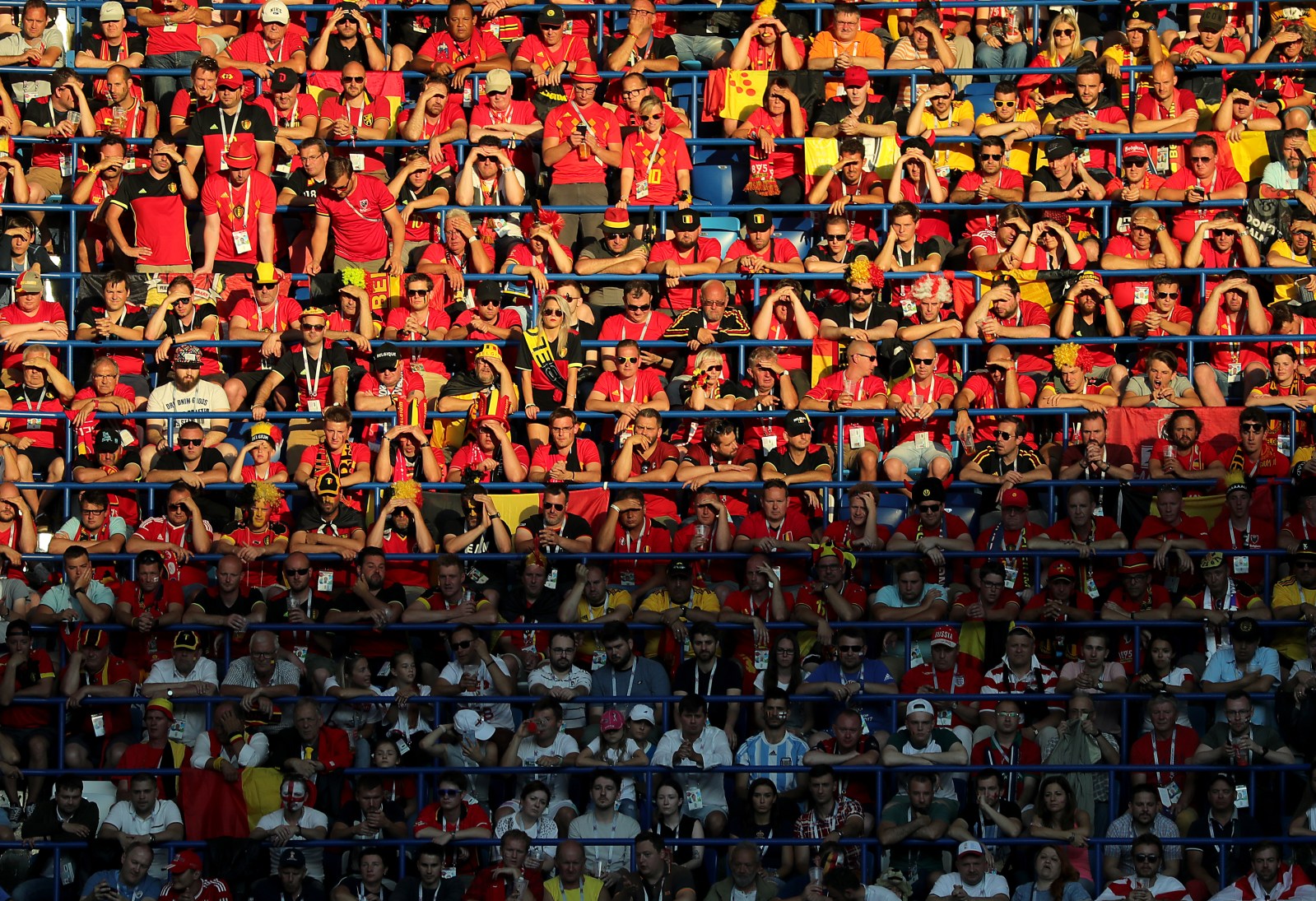 In 2017, Fifa said that "blackening of faces is considered discriminatory and will not be tolerated inside the stadiums". Strange, then, that a Belgian was spotted in the crowd with a black face at the World Cup.

Read our team-by-team guide for the last 16, including fixtures, kick off times and head-to-head stats.

We’ve been here before.

Back at the World Cup in 2014, fans would often appear with their faces painted black in varying “costumes” ranging from team colours of African teams to mocking the Afro-Brazilian and Caribbean religion, Candomblé.

The incidents flew under the radar somewhat, with Fifa saying that it would “investigate”.

“We understand that one of the goals of the parade in Sochi was to celebrate the teams participating in the FIFA Confederations Cup,” Fifa said in a statement. “However, the displays… are inappropriate.”

“Blackening of faces is considered discriminatory and will not be tolerated inside the stadiums.”

Strange then, that when England played Belgium in their final group game of the 2018 World Cup, that’s exactly what happened. A man with his face painted black was seen on TV cameras across the world, first dancing and then, it seemed, trying to hide as soon as he was spotted.

Was he, perhaps, just trying to paint himself as a Belgian flag with his mates painted red and yellow? Well, no.

A few words typed into the internet search machine turned up something that feels so utterly bizarre that it’s hard to believe it’s even real.

The story goes like this, a fan turned up at the airport in Kaliningrad and went over to the make-up counter. Wearing a full Belgium kit and Romelu Lukaku’s number on his back, he asked for his face to be painted black.

The make-up counter obliged. Then posed for pictures with him. Then a friend of his posted those pictures to social media – since deleted. He posed alongside his friends. At no point did anyone think to suggest that something might be wrong.

You’d think, considering Fifa’s lip service to stamping out racism, at some point between the fan leaving that make-up counter and getting to the stadium, somebody might have stopped him. Maybe even asked him to change before being allowed to enter.

Yet, nothing happened. At some point during the Belgium game, the cameras found him. So much for that behaviour not being allowed in the stadiums.

All this while Fifa disbanded its “temporary” racism task force declaring its job done last year.

The silence is alarming, even more so when Lukaku, the player this fan was “representing”, has spoken openly about the racism he has experienced in his country.

While he doesn’t believe anyone is born racist, he has spoken about the discrimination.

In a powerful interview with The Players’ Tribune, Lukaku recently said: “I would be surprised if there was a black man who says that in Belgium he doesn’t experience racism.”

It is possible that the fan was a genuine supporter of Lukaku and entirely misguided. But that this behaviour was at no point interrogated is alarming.

Intent doesn’t have to be malicious for something to be wrong. Black culture, identity and bodies are not costumes. It’s not a performance to be put on when somebody feels like it.

And it’s certainly not a joke when the very person you purport to support has spoken openly and honestly about the pain he has experienced because of the colour of his skin. DM