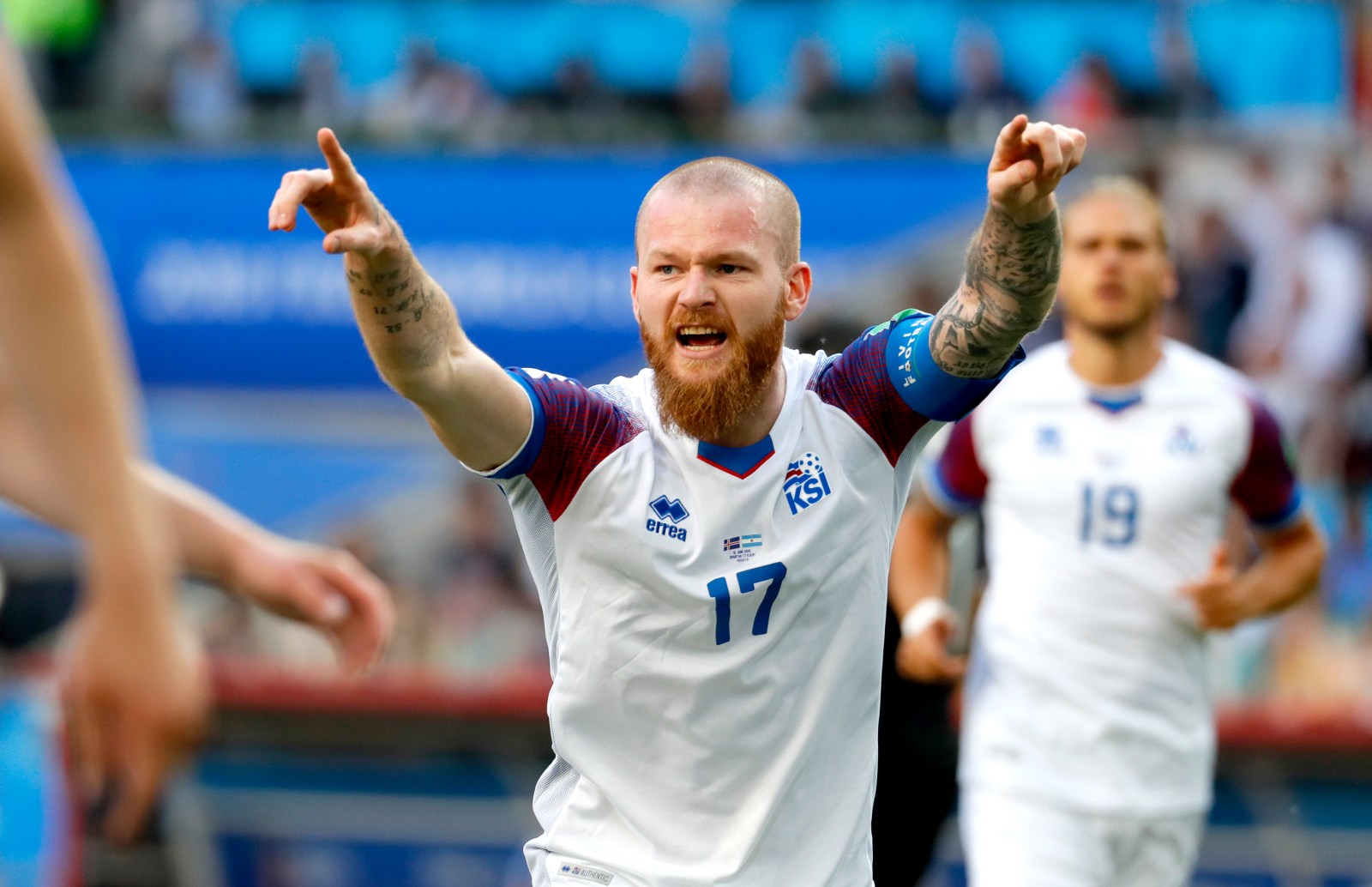 Aron Gunnarsson of Iceland reacts after Lionel Messi of Argentina failed to score by penalty during the FIFA World Cup 2018 group D preliminary round soccer match between Argentina and Iceland in Moscow, Russia, 16 June 2018. EPA-EFE/YURI KOCHETKOV

Despite having numerous attempts on goal, Lionel Messi could not find the back of the net and Iceland held on for a dramatic draw against Argentina.

Argentina were held to a draw by World Cup debutants Iceland Saturday, with Lionel Messi blowing a gilt-edged opportunity for victory when he missed a penalty.

Sergio Aguero scored an eye-catching opener for the two-time world champions in the 19th minute but it was almost immediately cancelled out by Alfred Finnbogason, whose team then held on in the face of immense pressure.

It was a major embarrassment for Argentina and raises questions about their ability to claim football’s biggest prize for the first time since 1986.

As Diego Maradona looked on at Moscow’s Spartak stadium, Messi also failed to respond to his rival Cristiano Ronaldo’s hat-trick for Portugal against Spain a day earlier.

Messi is yet to win a major international tournament and time is running out with his 31st birthday looming.

While the result was not on the scale of that Iceland produced to eliminate England from Euro 2016, it was a major boost for the tiny nation, who retain hopes of advancing from a group that also includes Nigeria and Croatia.

The island nation of 330,000 is the smallest country to ever qualify for the finals but emphatically showed they can mix it with the heavyweights.

In front of a raucous crowd at the 45,000-capacity venue, Iceland launched into some early physical challenges and rattled Argentina.

They hit on the counter and gave Argentina a scare when Bjorn Sigurdarson pounced on a loose ball only to rifle his shot just wide of the post.

Aguero settled Argentine nerves in the 19th minute when he latched onto Marcos Rojo’s pass in the box, turned and hammered home with his left foot.

Argentina continued to press but Messi was subdued in the face of muscular Icelandic defence and the teams went into the break on even terms.

Messi looked furious as he led his team out for the second half but the Argentines still struggled to dominate.

They appeared to have secured a breakthrough when Polish referee Szymon Marciniak pointed to the spot after Rurik Gislason brought Maximiliano Meza down in the 63rd minute.

Messi stepped up for the kick but Hannes Halldorsson guessed correctly and palmed away the Argentine skipper’s side-footed effort.

His free-kick in the final moments of the game was deflected off the Iceland wall and the Barcelona talisman trudged off the pitch dejected.

Argentina must regroup before facing Croatia on Nizhny Novgorod on 21 June, while Iceland face Nigeria in Volgograd on 22 June. DM