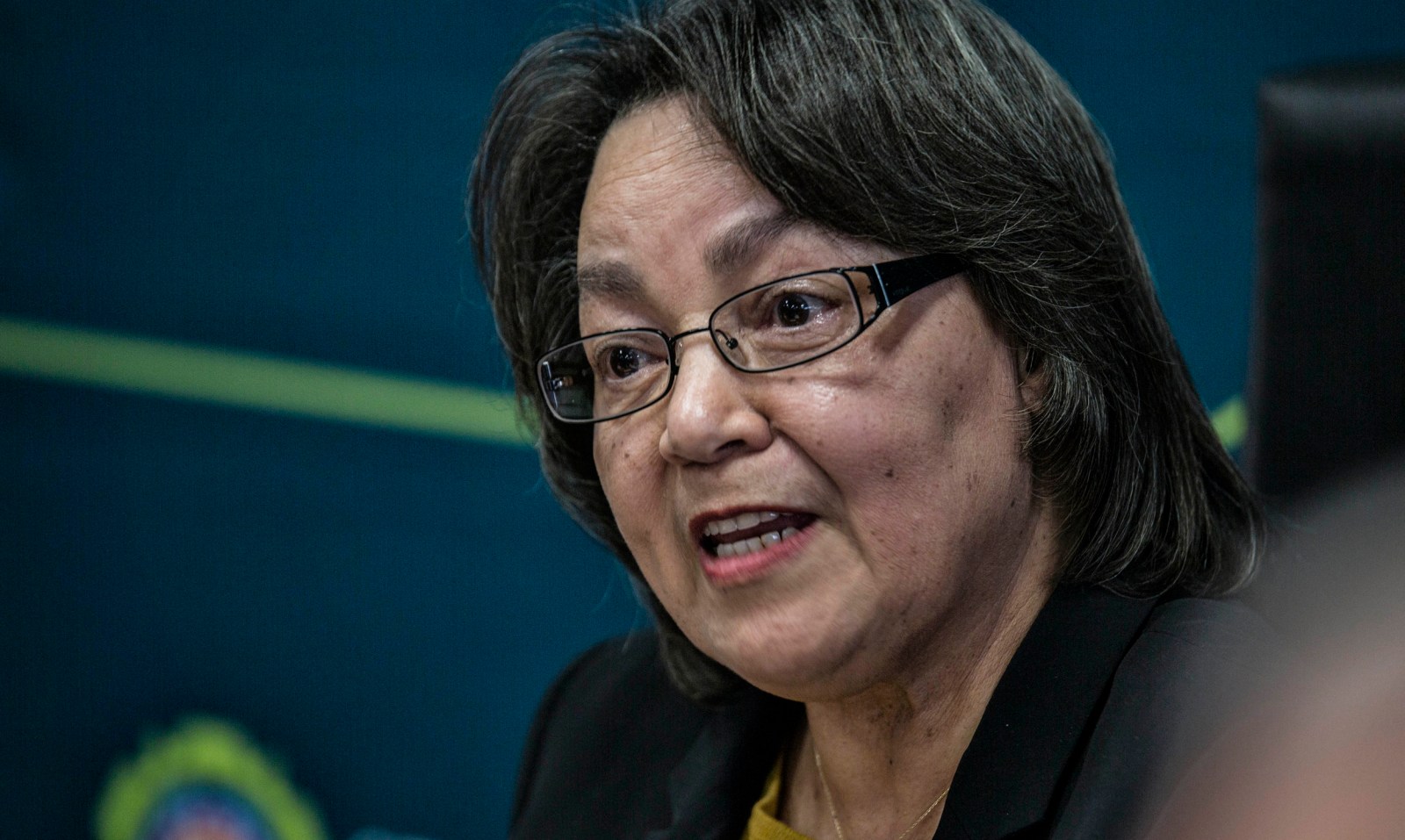 Wednesday was D-Day for Patricia de Lille to submit reasons to the Democratic Alliance’s federal executive to explain why she should not be axed from her post. The embattled Cape Town mayor appears to view the process as containing a foregone conclusion – and says that in the event that she is removed, her next stop is court. A lengthy court battle, however, could hurt De Lille as much as the DA.

At a press conference to be held on Saturday in Johannesburg – far from De Lille’s power base – DA leader Mmusi Maimane is scheduled to announce the outcome of the party’s federal executive consideration of the submissions made by De Lille as to why she should retain her position as mayor.

If the federal executive finds De Lille’s submissions compelling, it can overrule the motion of no confidence brought against the mayor last week by the DA councillors in the Cape Town council.

“We will start a fresh process and look at possible mediation and ways that we could improve the relationship between the mayor and the council.”

Anyone who has been following the De Lille saga closely would have to find this outcome highly implausible, given the amount of vitriol thrown in both directions. From the tone of De Lille’s submission to the federal executive, it is clear that the mayor takes a similar view.

“As you may understand, given the circumstances, I have little faith in a positive result,” De Lille wrote in her submission – which she sent to the media as well as to DA leaders, as has been her wont throughout.

If the DA’s federal executive opts to uphold the motion of no confidence against De Lille, she will be given 48 hours to resign. If she fails to do so, her “membership will cease” – in other words, she will be fired.

De Lille is clearly prepared for such an eventuality.

“An adverse decision will be challenged in court,” she wrote, requesting that the DA leaders communicate the outcome to both her and her attorney, John Riley.

In that case, De Lille’s legal team will spring into action to obtain an urgent stay of execution for the mayor.

“Any attempt to communicate the decision in a manner or at a time which will make it more difficult for me to obtain urgent relief will be pertinently pointed out to the duty judge,” De Lille warned.

De Lille’s legal challenge will be based on the constitutional validity of the recall clause adopted at the DA congress on 9 April to remove recalcitrant leaders. It is the recall clause, rather than the DA’s pre-existing disciplinary processes, which is being used to oust the mayor. De Lille has consistently argued that the fact that the recall clause cannot be applied retrospectively means it is invalid in this instance, while the DA maintains that De Lille has continued to bring the party into disrepute during the period after the adoption of the clause.

There was little new information in De Lille’s Wednesday submission, which included a hefty bundle of annexures recapping the disciplinary process up to now, and also listed her successes as mayor.

Notably, however, De Lille has requested that five senior DA leaders recuse themselves from considering her fate due to “the clear bias that they have displayed publicly”.

De Lille attached media evidence to show that Mmusi Maimane, Natasha Mazzone, Mike Walters, Bongkinkosi Madikizela and James Selfe have all previously made public statements which she perceives as revealing bias against her.

In the case of DA leader Maimane, De Lille presented a comment made to EWN in early May in which Maimane accused the mayor of “never want[ing] to co-operate with the organisation” and of “evading accountability”.

Mazzone told eNCA that “the DA government under the leadership of Patricia de Lille certainly failed to execute their duties in proper manner when dealing with the water crisis in the City of Cape Town”.

DA Western Cape leader Bongkinkosi Madikizela – believed to be the most likely replacement for De Lille as mayor if she is sacked – gave an interview to eNCA in April in which, to quote De Lille, “he says I am facing serious charges and that I do not have to be found guilty because this is a political decision”.

In the case of DA federal executive chair James Selfe, meanwhile, De Lille presents a statement written by Selfe in April in which he suggests that the mayor “seems determined to misrepresent and spread alternative facts relating to her disciplinary hearing in a transparent attempt to garner public sympathy”.

It is De Lille’s assertion that these five figures, who play prominent roles in the DA’s federal executive, cannot be relied on to consider her case dispassionately.

Will the DA comply with the mayor’s request that the leaders recuse themselves?

“It’s certainly one of the submissions that we will consider very carefully, but it is a decision that will be taken by the FedEx as a whole when we meet,” Mazzone told Daily Maverick.

In the interim, the De Lille saga continues to inflict wider internal tensions on the DA.

It was revealed this weekend that DA leader Maimane has gagged DA councillors from speaking to the media in a leaked letter which accuses the DA Cape Town caucus of conducting themselves in a “frankly amateurish” way.

“While the developments surrounding the mayor are understandably unsettling and provoke emotional responses, this cannot stand in the way of your duty to run the City effectively and to deliver proper services to the people of Cape Town,” Maimane wrote.

Social media, meanwhile, has seen an outpouring of support for De Lille – with some going so far as to compare the DA’s recall clause targeting De Lille with the new IAAF testosterone regulations affecting South African runner Caster Semenya.

A high-profile court challenge launched by De Lille might well galvanise further support for the mayor. But with the 2019 elections just 12 months away, both De Lille and the DA will be aware that time is short to pull things together.

As much as the DA wishes to put De Lille behind the party speedily, she will also surely be aware that she needs to leave herself enough time to orchestrate any potential post-DA political move. DM