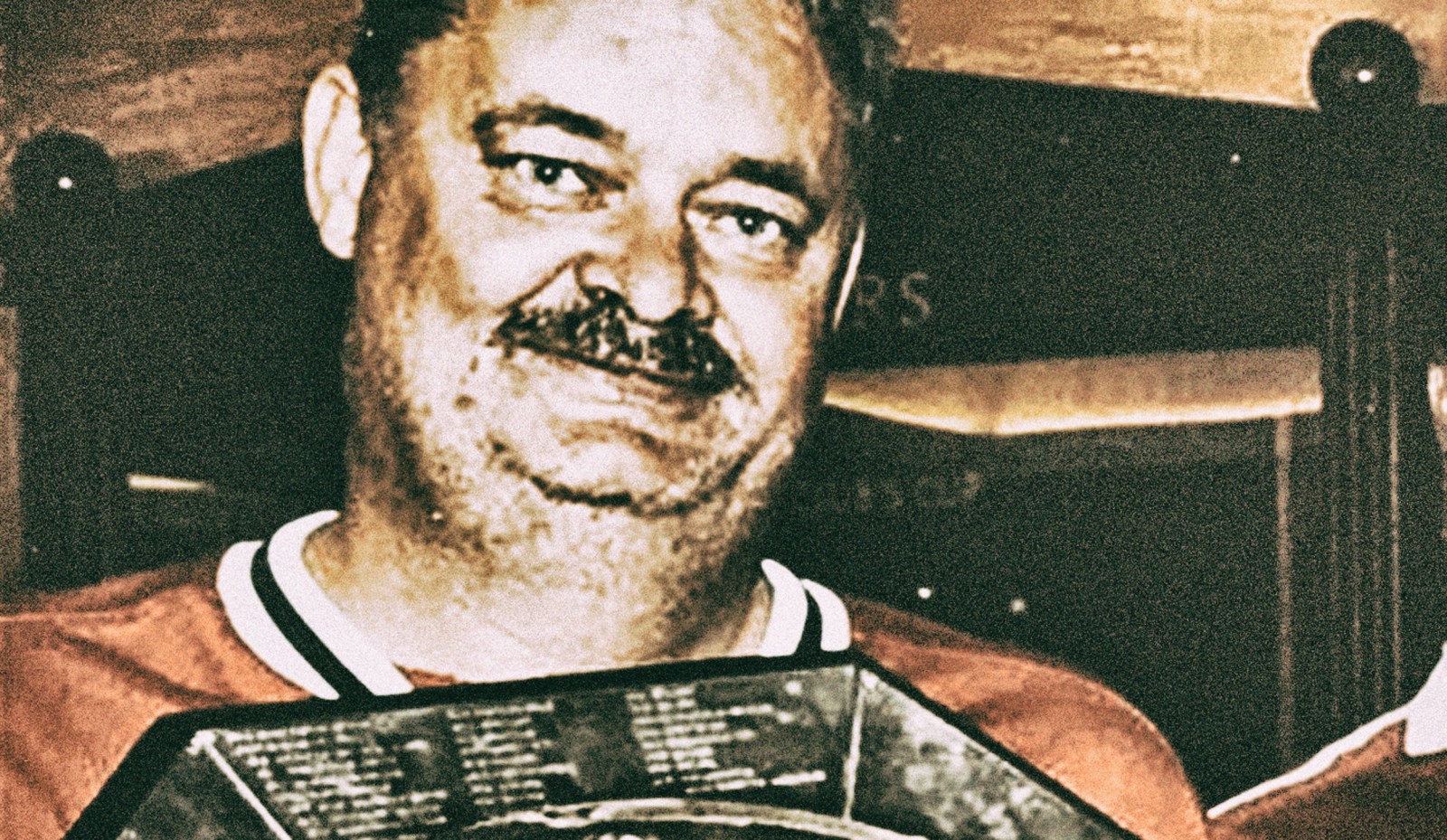 Minister of Police Bheki Cele on Wednesday conceded that the biggest threat to South Africa’s national security emanated from corrupt high-ranking SAPS officials as well as sole suppliers, such as former cop Keith Keating’s Forensic Data Analysts, which in April tripped the switch of critical SAPS IT systems because payments to his company had been halted. The criminal justice system, said Cele, was being eaten from within.

It has been a major victory for the committee chaired by African People’s Convention president Themba Godi and particularly DA MP Tim Brauteseth, a former forensic investigator, who led the charge.

Keating threatened in April to collapse the country’s criminal justice system if an outstanding invoice for almost R11-million was not paid immediately. It was Scopa that instructed the State Information and Technology Agency in November 2017 to halt payments to FDA while two massive forensic investigations, one by IPID and another by Bowmans, into the procurement of sole services by SAPS and SITA from Forensic Data Analysts and its subsidiaries, had been completed.

On 5 April, at midnight, malicious software Keating had “injected” into the PCEM (Property Control and Exhibit Management) system rendered it inoperable. The SAPS Firearm Permit System as well as the Analytical Capabilities and Visualisation System were also disabled by Keating.

However, three days later, after top-level deliberations between the State Information and Technology Agency and SAPS management, and on advice of Senior Counsel, SITA managed to switch the system back on.

In the meantime, on 26 April, FACTT, formerly known as Industrial Fingerprinting, terminated a licence agreement entered into with Forensic Data Analysts in November 2005 and which enabled the company to hold the country to ransom.

“As you are aware, the rights licensed to Forensic Data Analysts in terms of the agreement were limited to SAPS and Law Enforcement Agencies in Nigeria in respect of the following systems; Firearm Permit System, AMS Capture, Config Asset Management, EMS/LETS – Evidence Management System,” FACTT legal representatives wrote to Keating.

FACTT told Keating that it had been “advised” that Forensic Data Analysts had “utilised other systems” including Property Control and Exhibit Management “which clearly falls outside of the defined scope of agreement”.

What this means is that Keating and Forensic Data Analysts no longer control the intellectual property – the source code, programmes or literature – related to the systems sold by a consortium comprising Unisys, Forensic Data Analysts, Waymark and FACTT to SAPS and which was awarded to Unisys in February 2009.

Keating has been given until close of business on Friday to return “all material relating to our client’s intellectual property”.

That, dear reader, is the creaking sound of the tap being shut off, forever.

Investigators found emails between these State Information and Technology Agency staff members, including Banie and Rachel Venter (Banie was an advanced specialist LAN Consultant SAPS LAN and Desktop Service and Rachel was part of SITA’s Infrastructure Provisioning), organising collections for money and other items for Du Toit. The funds were used to buy the convicted terrorist food, clothes and other home comforts, including brandy, while he awaited trial in 2009.

Du Toit, along with his brother Mike, was part of the inner circle of the Boeremag which had planned a coup in 2001 and 2002. The Boeremag’s plans – to create chaos in South Africa through a trigger event – were set out in a marathon trial that took place over 10 years. The white supremacist group also planned to blow up power stations and shoot down a passenger aircraft.

ANC committee member Nyami Booi suggested that the Boeremag “is active in our structures, is undermining the security cluster”. He asked National Commissioner Khehla Sithole whether SAPS had the capacity to deal with the threat. Sithole told the committee that investigations were continuing and that these included looking into the SANDF.

Meanwhile, the committee also learned that Brigadier Beauty Phahlane, implicated alongside her husband, suspended former acting National Commissioner Khomotso Phahlane, on charges of corruption related to payments by the FDA through Pretoria car dealer Durant Snyman, had attempted to undermine the decision to reboot the Firearm Permit System, PCEM and other systems by SITA after these had been disabled by Keating.

Brigadier Phahlane, who is part of the SAPS Supply Chain Management, had, in an email, attempted to discover who exactly it was that had re-enabled the system.

“To our surprise as TMS (Technology Management Services) users, the system has been switched back on,” wrote Beauty Phahlane, adding that she wanted to find out and track “which individual” had been responsible for this.

Beauty Phahlane has since been suspended.

McBride said it was important for SAPS to understand that IPID “is a friend of good policing, and not the enemy” and that resistance to the directorate’s investigations should “end as soon as possible”.

The IPID head said that with the help of IPID, the DPCI and “general assistance from South Africans of all walks of life” the collaboration between criminal elements in SAPS and SITA had been uncovered.

Because of this, said McBride, his team of investigators had faced death threats and fabricated charges. Their bank accounts had also been “gone through” in an attempt to discredit investigators and the directorate.

SAPS had to become accustomed to operating in a constitutional democracy, he said, and to be accountable, even in relation to so-called classified documents.

“Not one of the assertions we have ever made in Parliament has been proven to be untrue or inaccurate,” McBride reminded those gathered.

Asked whether he thought corrupt SAPS officers were a threat to the country’s national security alongside corrupt suppliers who threatened the sovereignty of the state, Cele replied in the affirmative.

“I will simply say, yes, for the fact that last month we arrested 17 of our own in the Eastern Cape. That tells you that there is a problem. These arrests are besides the four we arrested in Mpumalanga and one of our own involved in a shooting at a taxi rank in Durban. Corruption happens across the board when it comes to government matters.”

Cele said that during the past three weeks there had been joint arrests of home affairs officials and correctional services members who had been bypassing systems sending prisoners home.

“I can’t sit here and deny that there is a problem. The system is being eaten from within,” said Cele.

He added that he hoped the filling of acting and vacant posts in the SAPS, including the recent appointment of Major-General Peter Jacobs as head of Crime Intelligence, would begin to restore some stability and help to root out the deep rot that has been allowed free reign.

Sithole reassured the committee that SAPS top management and SITA had set up a multidisciplinary task team that also included Treasury to uncover all possible breaches and corrupt dealings.

“I am leading this value chain and it sits every week on a Wednesday. We no longer write letters to each other. We share info and I make decisions on the spot,” said Sithole.

He also informed the committee that a process of vetting SAPS officials was taking place and that the matter of lifestyle audits for those who were deemed to be living beyond their means would also take place.

Sitlole said if SAPS lost the court action brought by Forensic Data Analysts with regard to its evergreen contracts with SITA and SAPS, it would pay the licence only until June, when it expired. If it won, SAPS would never put the country in the same position again and would arrange for SITA to provide capacity to continue running software.

He said he did not want to “crow” about Scopa’s role in exposing and ending the relationship between “corrupt elements and the SAPS and SITA” and it would continue to do so.

“We are not there yet but the wheels are moving and we can only generate momentum. This Forensic Data Analysts contract, for me, is just an entry point. For us this is the beginning of a process. If Parliament is going to be at the centre of the fight against corruption we need police to assist. But if police are corrupt we have no chance of achieving anything,” said Godi.

Brauteseth said that Scopa needed to be congratulated for making the matter public.

“Thanks to the cleansing light of Scopa, whistle-blowers and the media, we can move on. If we can’t put people in jail, then at least we can limit their room to move and make them so toxic that no one wants to employ them,” said Brauteseth. DM