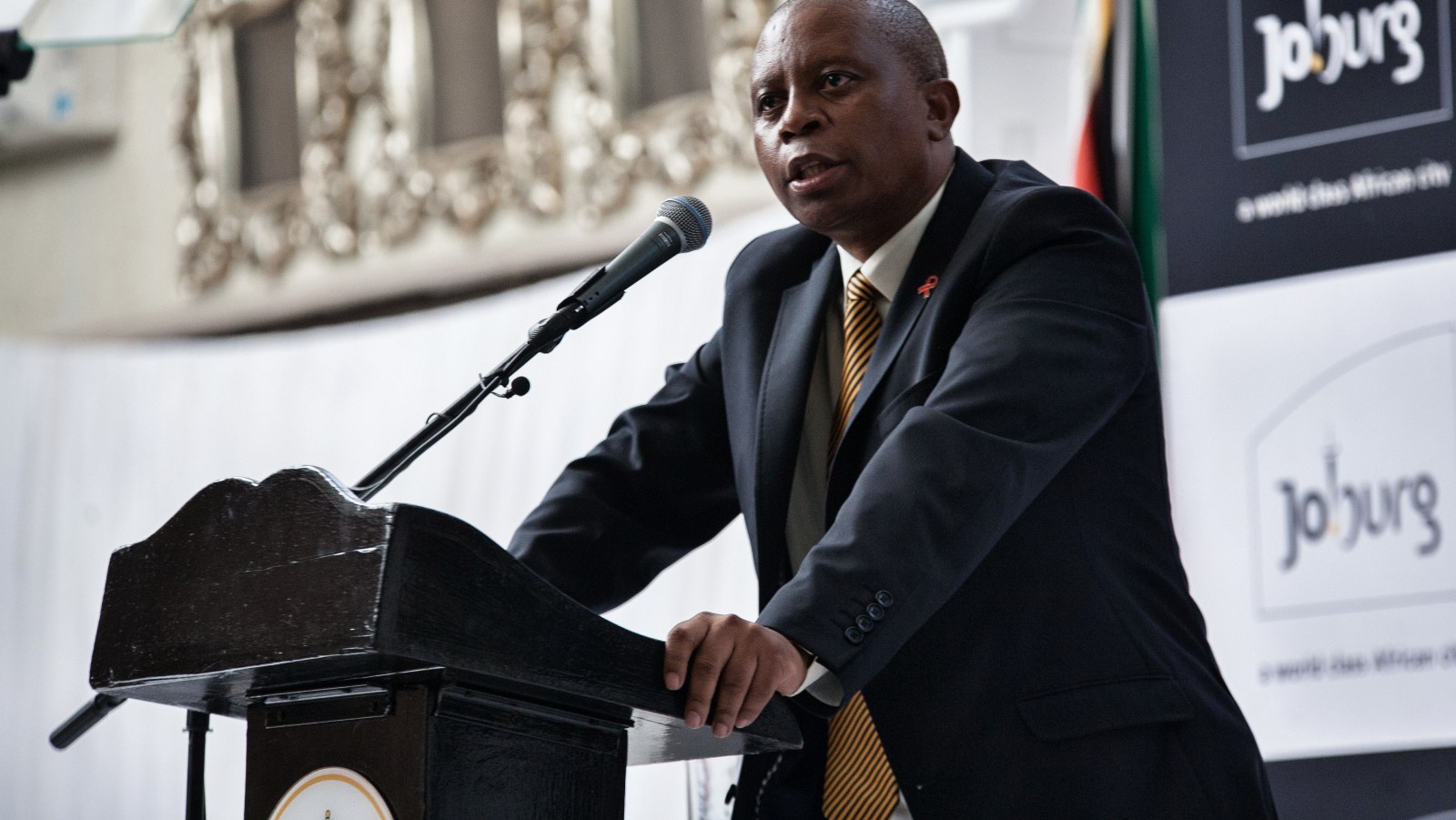 Joburg mayor Herman Mashaba flew all the way to Rwanda – where a fairly hassle-free visa was granted to him upon entry – to tell fellow Africans they must get all their documents in order before entering South Africa. And when they’re in, they should please refrain from being criminals. His comments didn’t go down so well.

It’s not the first time that Joburg’s mayor, former businessman Herman Mashaba, said anything about illegal immigration. In fact, his previous harsh words on immigrants are so well-known that, even as he was on a panel at The Ibrahim Forum (during the Mo Ibrahim Foundation’s Governance Weekend in Kigali) this weekend to talk about public servants, an Ethiopia-based Kenyan researcher, Michelle Mendi Muita from the Institute for Peace and Security Studies at the Addis Ababa University, asked him about it.

Referring to the Tana Forum the weekend before, which she helped organise, Muita quoted former Ghanaian president John Dramani Mahama as saying that Ghana has not had a massively increased influx of Africans since it abandoned visa requirements in 2016 (something he initiated). The most radical change has been that travel to his country was now hassle-free.

Is there a disconnect between genuine local sentiments (i.e. a fear of being overwhelmed by illegal immigrants) and aspirations for free travel and trade in Africa?

She noted that South Africa was not one of the 44 countries that signed the Africa Free Trade Area agreement in this same city last month. (It was also not among the 27 countries signing the Protocol on Free Movement of People – President Cyril Ramaphosa said local red tape had to be cleared first.)

It wasn’t clear from Mashaba’s speech whether he’d really heard of debate around an African passport or the need for visa-free travel, or even about how difficult it is for perfectly legal people to get into this country. One of the high flyers at the event has previously privately expressed his relief at getting an African passport, primarily because this makes getting into South Africa for frequent work trips less of a painful heap of paperwork.

Mo Ibrahim himself remarked to Rwandan president Paul Kagame, during their public conversation on Saturday afternoon, how good it was to have the foundation’s conference in a country where not one attendee experienced visa problems. Getting the $30-visa-on-arrival to Rwanda is a fairly painless process, yet Kagame did not indicate that the fears which keep South Africans from simplifying its visa procedures have come true in this small, rapidly-developing country in the heart of Africa.

Mashaba, however, launched into a somewhat tone-deaf response to Muita’s question at the forum, saying he raised the matter of illegal immigrants in his speech in December 2016, after 100 days in office. Amongst others, he was quoted as saying at the time: “Anyone who’s been in the city illegally must be prepared to face us. We are not going to tolerate illegality in our city… I’m actually declaring war against illegality in our city.”

There were fears that Mashaba’s comments could encourage targeted xenophobic attacks already happening in the city and other places in South Africa.

Mashaba continued his response at the forum by saying: “I made it very clear South Africa is open to business, is open to the seven billion people of the world. I want them to come to South Africa, particularly Johannesburg, because Johannesburg for the past 106 years was built on the back of immigrants and people coming into South Africa.

“But firstly they have to come into our country legally, and when they are in, they must respect the laws of our country. That’s all I’m asking. I’m not asking for anything where people can’t come in. We sit with a massive number of undocumented people where Home Affairs are actually failing to ensure that, when people come into our country, they have the necessary documentation because, South Africans, by law, when a child is born, immediately they must get a birth certificate. When a child turns 16, immediately they must get an identity document, so therefore I cannot accept that anyone from the world can come into South Africa and not have documentation.

“Unfortunately for me this is not negotiable. When you come into South Africa, please come in legally, and respect the laws of our country.”

In the course of the discussion, Mashaba saw it fit to make some comments about his battle with crime caused by foreigners. “We’ve got the most porous borders in the world,” he explained about his country. He went on to talk about drugs, saying: “Because of our open, porous borders, criminal syndicates are coming into our country to destroy or communities.”

This is a message tailored more to please Mashaba’s domestic electorate than a continental audience.

Some Africans, who were not from South Africa, just shrugged when asked about Mashaba’s comments, although a Zimbabwean who has lived in South Africa was overheard jokingly being asked by a friend after the session whether she did, in fact, refrain from crime.

Some South Africans, like the African Peer Review Mechanism’s CEO, Eddy Maloka, however, were cringing. “I wanted to hide under my chair,” Maloka said, adding that “the audience was shocked that such comments could come out of the mouth of an African brother”. He confronted Mashaba about his sentiments after the session.

Maloka, in anger, also posted on his Facebook page that listening to Mashaba “with my eyes closed, I thought it was the infamous Donald Trump on the floor, defending the Great Wall project”.

He said this was an opportunity for Mashaba, on a pan-African platform, to clarify South Africa’s position, to clear misconceptions and misunderstandings.

“But the Mayor did exactly the opposite – spitting fire, speaking Trump, against criminals, against illegals, against the undesirables from across our borders, who cause trouble to our beautiful country. Through his choice of words, he was armed to teeth, with the necklace and panga. He was a warrior on a warpath on the streets of Johannesburg, fighting for a cause known only to himself.”

Maloka said South Africans should educate each other not only to see immigration primarily as a safety and security issue, but as a pan-African dream of a united and integrated Africa, and a “vehicle to be harnessed for development”.

To be fair, however, the DA’s Mashaba isn’t the only one in a country considered by much of the rest of Africa as of a somewhat insular mindset, who considers immigration as a safety and security issue. In the ANC-led South African government, which Maloka himself has previously served as a civil servant, the Home Affairs Department was, in 2016, fully integrated into the safety and security cluster – in an effort to prevent a small number of potential terrorists from entering the country.

Mashaba’s words may, therefore, be politically incorrect and undiplomatic, but his thinking isn’t entirely out of line with national government policy. Ramaphosa has recently announced that his team would travel the world, including Africa, to lure $100 billion of investment to the country. Perhaps a more visa-friendly regime might follow in the wake of his new dawn – and Mashaba would either update his rhetoric or risk becoming an anomaly. DM

This article was updated with additional comment on 1 May, 2018