Op-Ed: How about analysing race and the DA congress in another way? 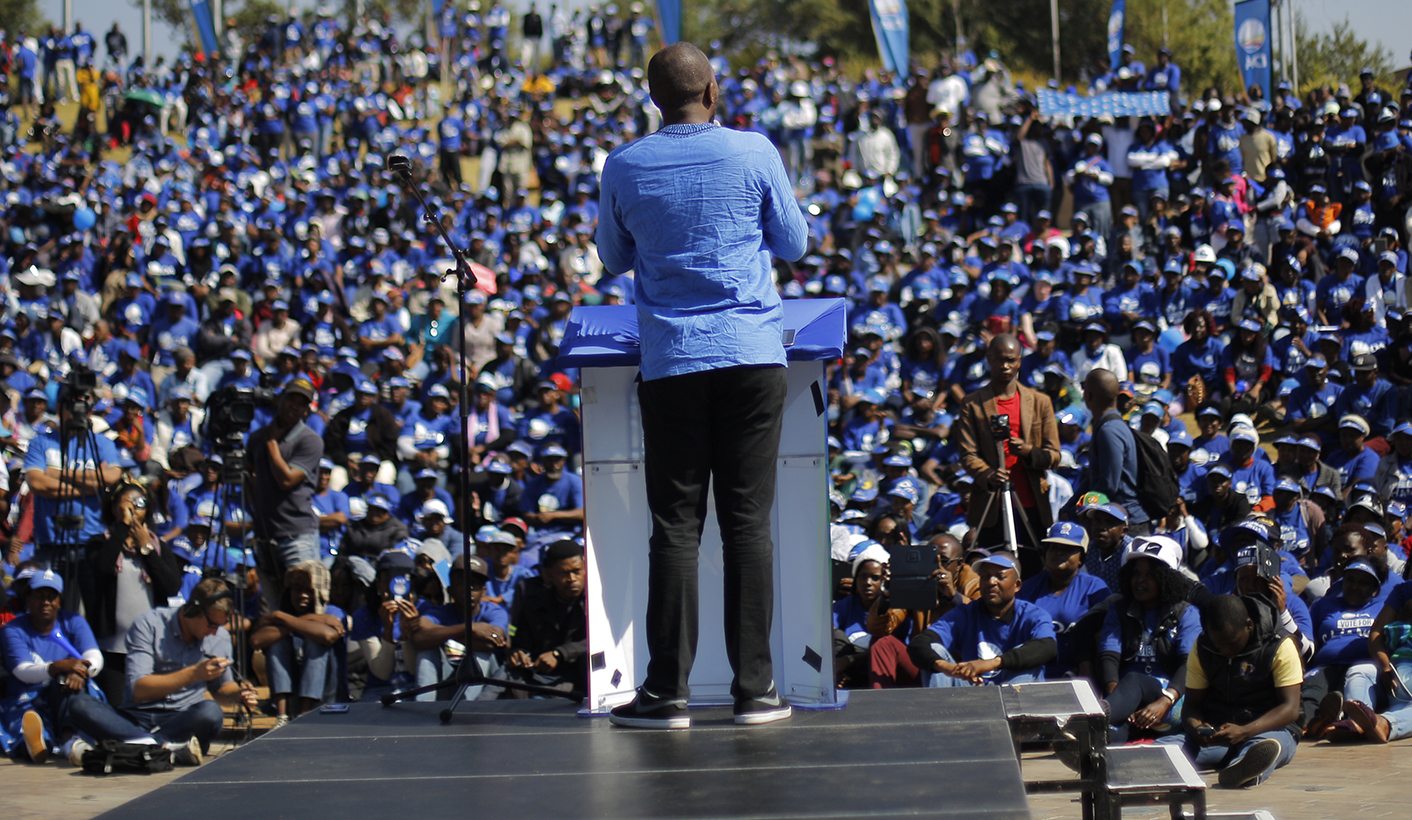 Some of the comments from the media on the Democratic Alliance’s congress over the weekend show how fragile our democratic instincts are. By SARA GON.

Many South Africans and many in the media seem to believe that there are some inviolable principles by which we all have to conduct our political lives.

This reflects the tenor of the political discourse that has evolved over the past 24 years: the demographics of the country must be reflected in every field of endeavour at all times; transformation can only be measured in terms of a black economic empowerment model that has its origins with “white monopoly capital”; the DA is still perceived as a white party, and so on.

What this illustrates is that an environment has been created which reflects the fraught and often destructive nature of our race debate. Politics cannot be transacted unless we all conform to the illiberal terms set by those in power.

“The party is, however, still pretty white at the top, where it matters. The constitutionally mandated members of the national management committee, which takes the day-to-day decisions in the party, still consists of seven white men and Maimane.” (DA Federal Congress: DA not for racists, says Maimane, as he vows to win votes door to door, Daily Maverick, Carien du Plessis 8 April 2018).

So what if it’s still white at the top? In light of a significant black interest in the DA having only occurred in about the last 10 years, the white men may well have more experience as they have been in politics for longer. Experience does have value. The fact they are white doesn’t automatically mean that they don’t have anything to offer black voters.

It was noted that the congress saw the biggest proportion of black faces yet among the 2,000 delegates – fewer than half were white.

“Trollip and Msimanga,” we read, “were split over the proposal to amend the party’s constitution to include its commitment to diversity. While Msimanga said it was crucial for the party to strive to reflect the country’s demographics, Trollip claimed it would amount to introducing gender and racial quotas.”

The tone of the paragraph, intentionally or otherwise, sets the “white” man against the “black” man. Msimanga’s take on a “commitment to diversity” was a striving to reflect the demographics. Trollip’s view was that the phrase amounted to introducing gender and racial quotas.

How about looking at it another way? There is a plurality of views on the issue and it didn’t tear the party asunder. Anyway, a “commitment to diversity” is a phrase of little substance. It can mean whatever one wants it to mean. In practice, the DA has already illustrated a degree of diversity that no other party has.

The phrase was inserted because of what has become the traditional cap-doffing to political correctness and transformation. The ruling party, and the media, shall determine what everybody else does or thinks.

“Out of eight officials elected on Sunday,” the report went on, “Refiloe Nt’sekhe is the only woman. She was re-elected as federal deputy chair along with Ivan Meyer and Mike Waters. Waters replaces Desiree van der Walt.”

So a man replaced a woman. And sometimes women replace men.

“Even though Maimane said he’d like to see more women leaders, he knows well it’s race, not gender, that matters most to the South African electorate,” the report said.

Maybe it’s neither; maybe it’s jobs and education. If voters are unhappy with the party’s composition, or don’t like what they see or hear, they won’t vote for it. Finish and klaar!

Du Plessis describes the apparent awkwardness of the unity.

“Kurt Darren’s rendition of his song Kaptein span die seile saw Afrikaans delegates sing and dance along while some of the black delegates were seen dancing and singing along, perhaps without quite knowing the Afrikaans words.

“On the other hand, when black delegates sang struggle songs appropriated from the ANC, many of the white delegates either danced along awkwardly without singing, or stared unseeingly into the distance, going about their business, pretending not to notice the song.”

So what? Isn’t that what diversity is? Or is the only acceptable political expression the sameness of the chronically disunited ANC?

At the end of the congress party leader Mmusi Maimane said: “We have also resolved this weekend that getting South Africans into jobs will be the first priority of our economic policy, and our singular obsession in government. This is what being in government is about for us. Expanding opportunities for people to work. Jobs, jobs, jobs.”

Hallelujah! Now, it’s up to the DA to flesh out the detail, put it out there clearly and do so with conviction. DM