Parliament: Balancing politics and schedules while the House takes an extended break 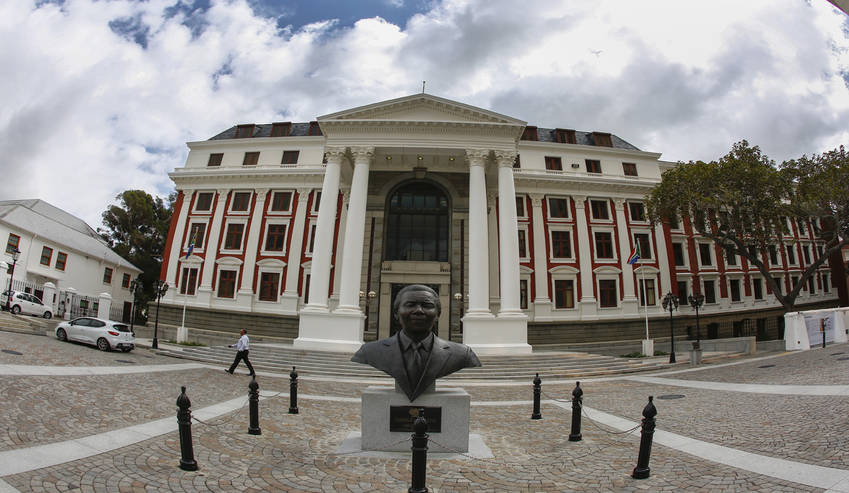 With about a year before the 2019 elections, Parliament on Wednesday decided it would go on a two-month mid-year recess, officially described as an “extended constituency period”. Elections or electioneering were not words used as the ANC argued that it wanted to interact with people and that constituency work was part of oversight. Most opposition parties were not quite convinced. But what is unclear is the impact on an already heavy legislative workload – 47 Bills are currently before the national legislature and 22 more are expected in 2018. It’s a case of balancing politics and parliamentary schedules. By MARIANNE MERTEN.

If Cabinet did not submit the draft laws by the end of May, those would not be dealt with, said Deputy Speaker Lechesa Tsenoli at Wednesday’s joint programming committee.

Or as ANC Chief Whip Jackson Mthembu put it:

As the executive has now tabled three of the 22 draft laws it wanted to bring to Parliament in 2018, this end of May deadline already has been relayed through the leader of government business, or the liaison between the executive and Parliament, Deputy President David “DD” Mabuza.

It’s one way of dealing with the legislative pressure as elections 2019 loom large.

The updated parliamentary calendar and legislative tabling deadline has left it unclear how any possible constitutional amendment of Section 25 to allow for expropriation without compensation would be dealt with. The constitutional review committee, which is overseeing this process following the recent National Assembly resolution that saw the ANC and EFF join forces, has a deadline of 30 August 2018.

But the parliamentary process may yet provide a fall-back position on a topic set to be a hot electioneering and election subject. It unfolds amid seemingly contradictory government messaging on this. Speaking at a national land forum, Rural Development Minister Maite Nkoana-Mashabane argued that current provisions should be used – “We cannot wait for Parliament” – while Deputy Public Works Minister Jeremy Cronin said a task team was looking at amendments to the current Expropriation Bill to specify four types of land the state could expropriate without compensation, including abandoned or unused property or land actively farmed by labour tenants without a title deed holder.

There are questions about other draft laws, not least of which the Mineral and Petroleum Resources Development Amendment Bill, long touted as needed to give policy certainty to the mining sector. Returned to Parliament in 2015, it has missed previously publicly announced deadlines for adoption, the most recent in December 2017. In late February President Cyril Ramaphosa during his State of the National Address said that Bill “was at an advanced state, with an indication by Parliament that the Bill will reasonably be finalised during the first quarter of 2018”.

That quarter has come and gone. Parliamentarians are on a two-week recess from Thursday, and get back on 17 April. The focus then will be on Budget votes and passing February’s Budget.

Also pending before Parliament are draft laws such as the 2017 Traditional Courts Bill and a bundle of land tenure and transport-related Bills that have been before the national legislature for up to two years. New before Parliament are the Prevention and Combating of Hate Crimes and Hate Speech Bill, including the use of racial slurs, the Airports Company Amendment Bill and the Animals Protection Amendment Bill.

A snapshot of Parliament’s legislative capacity indicates it took an average of two years to process a piece of legislation. The exceptions are finance related laws to give effect to February’s Budget and adjustments related to the October Medium-Term Budget Policy Statement (MTBPS) for which there are statutory deadlines.

In 2017 Parliament was able to pass 18 laws, according to an official statement.

The time crunch not only affects law-making, but also a series of State Capture inquiries.

The public enterprises committee’s Eskom State Capture inquiry which started in late 2017 is heading towards closure: 14 April is the final day for submissions, while subpoenas are being pursued against the Gupta brothers, their business partner Duduzane Zuma and former SAA board chairperson Dudu Myeni. The committee this week said it was looking to finalise its report in June.

But there is a question mark over whether any of the other planned probes would get off the ground, now that MPs have finally decided on these in recent weeks. This includes the mineral resources committee into the role of former mineral resources minister Mosebenzi Zwane in the Gupta-linked Vrede farm project, the home affairs inquiry into the early naturalisation of several Gupta family members during Malusi Gigaba’s previous stint at the portfolio, the transport committee’s probe of the locomotive tender at the Passenger Rail Agency of South Africa (Prasa) and the trade and industry committee looking into localisation in the Transnet locomotive acquisition, also involving Gupta-related companies.

Like law-making, oversight is part of Parliament’s constitutional mandate. With a two-month recess other parliamentary oversight and accountability tools such as question sessions for the president and his ministers fall by the wayside during this period.

But Parliament is also a highly political institution. And so it was the IFP which at Wednesday’s Chief Whips’ Forum just ahead of the joint programming meeting proposed a two-week committee period be included in Parliament’s updated programme. This effectively reduced the initially proposed two-and-a-half-month recess from the end of May to mid-August – the draft programme seen by Daily Maverick confirms this was the plan – in what DA Chief Whip John Steenhuisen described as “cosmetic”.

One consideration for the IFP could well be that it wants to benefit from its resurgence, particularly in KwaZulu-Natal, where it clinched several municipalities including Nkandla in the 2016 local government elections. That came on the back of an unravelling of the National Freedom Party (NFP) and contestation among the ANC.

IFP Chief Whip Narend Singh told the joint programming committee it was important for parliamentarians to hit the ground in communities rather than “get constipated in the corridors of Parliament”.

And that opened the door for the ANC to argue against the DA and Freedom Front’s opposition for the extended recess starting 18 June to 14 August.

“Let’s have more time for Parliament, as an activist Parliament, to discuss with our people. So what we discuss here is not a figment of imagination, but comes from our villages…” said Jackson Mthembu.

Earlier, his deputy Doris Dlakude argued that constituency periods are part of oversight as holding the executive to account did not just mean asking them to come to Parliament.

“Following the money on the ground is part of our work. That’s what we’ll be doing.”

“If people want to do election work, it shouldn’t be done at the expense of the South African taxpayer or Parliament’s ability to do its work,” he said.

The United Democratic Movement (UDM) was not present at the joint programming committee, nor was Cope or the EFF, whose leadership was in Nelson Mandela Bay Metro for the motion of no confidence it brought against Mayor Athol Trollip.

The ANC on Wednesday argued that committees such as the constitutional review committee and the labour committee would sit during the recess. And if there was an urgent need, a plan could be made to hold plenary sittings.

“We are always open for a plenary if there’s a need,” said Mthembu, adding that space could be made on Tuesday mornings or Fridays.

In 2017, Parliament’s programme came under pressure as the traditional week or two-week breaks were extended to month-long recesses amid ANC lobbying, jockeying and campaigning ahead of its December 2017 national conference. A look at parliamentary programmes of even just two or three years ago reveals that. Now the pressure is ratcheted up again.

The year or so before those 2019 elections seems a tricky balancing act of party-political demands and Parliament’s constitutional obligations. DM