Eco Film Fest Review: Plastic, plastic, everywhere – and not a drop to drink 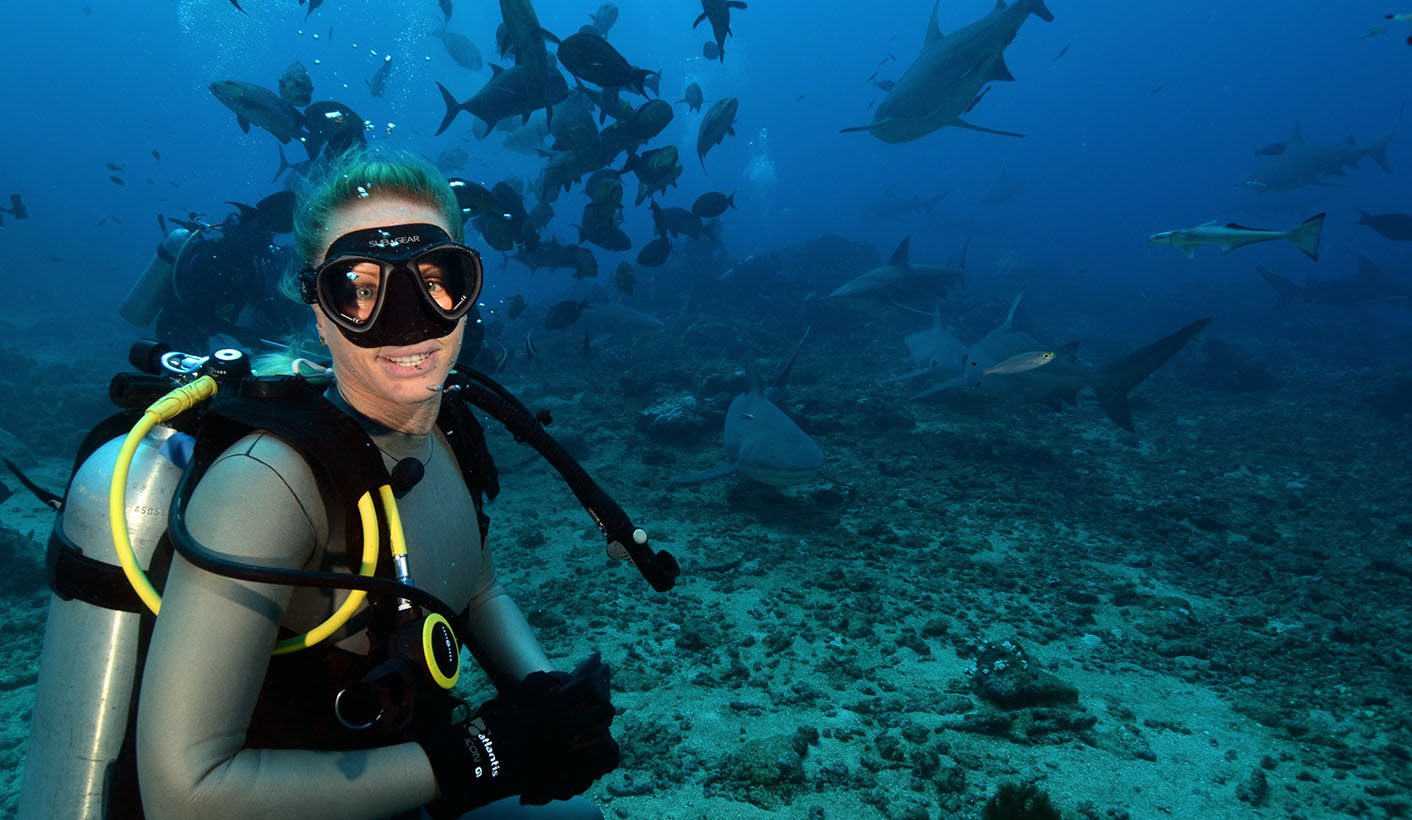 Journalist Craig Leeson was planning to film blue whales when he instead encountered a soupy mess of microplastics in the deep sea. What followed was the documentary A Plastic Ocean, screened at this year’s Eco Film Festival. By MARELISE VAN DER MERWE.

In the same week that Australia announced a pending ban on plastic bags, Indian media reported that the Maharashtra government had imposed a ban on plastic carry bags and thermocol cutlery – the 18th state in the country to impose a similar ban. Meanwhile Health-e News has reported on the dangers of microplastics in water, saying “microplastic is everywhere – from the fish to our water supply”.

Enter the documentary A Plastic Ocean. It began when Australian journalist Craig Leeson was on the lookout for blue whales. Except he didn’t find majestic creatures frolicking in pristine waters. Instead, he found a polluted soup of degrading plastics. So he and free diver/ environmental activist Tanya Streeter began investigating the extent of the problem, and what they found wasn’t pretty.

“How do we call something disposable,” asks Streeter, “when it’s indestructible?”

The film does not only make the case for saving marine life. Many will be familiar with the so-called Great Pacific Garbage Patch; what A Plastic Ocean does is lay out in bite-size chunks what happens to the entire food chain when rubbish floats about in what appears to be clean water. There are, it argues, some five trillion pieces of plastic afloat in what’s more like a “plastic swamp”. When plastic is dumped into the sea, salt and UV light degrade it into smaller pieces which then make their way across the ocean as shards and microplastics. And then there are the worse culprits: the already tiny microbeads in toothpastes and facial scrubs.

Once plastics start breaking down, argue numerous researchers interviewed in the film, they absorb other chemicals that are already free-floating in the ocean. In this way, they form small, toxic tablets that enter the food chain – and eventually our bodies.

Marine researcher Bonnie Monteleone told Leeson there were some 3,440 metric tonnes of microplastics alone – that’s not counting larger plastics – in the North Atlantic.

Plastic, Monteleone argues, doesn’t break “down”. It breaks up. In other words, it proliferates. Once it starts degrading, it is able to spread further, reach more bodies, human and animal.

And to put the scale of the problem in perspective, we are using more plastic than many of us can conceive of. Two million plastic bags are used per minute worldwide.

Make no mistake: A Plastic Ocean does what it does well. It aims hard for all its target markets. Animal lovers? Check. Heart-breaking footage of dying wildlife, with conservationists telling the camera there are days they struggle to continue. The health conscious? Check. Scary explanations that it’s more than BPA (bisphenol A) we have to worry about. Families? Check. Footage of Streeter with her children, explaining:

“As a mother, I care deeply about the effect of plastics.”

Heart of stone? None of the above got you? Well, then there are the economics of it.

At the precise moment one feels just about ready to stop the bus and get off, there is, thankfully, a change in tone. Solutions are suggested: successful bioremediation sites are investigated; questions are posed around behavioural change. Individuals are encouraged to minimise use of plastic in their everyday lives and to demand the use of recycled materials from corporations. (Some are already ahead of the curve: the film notes that BMW air vents are made from recycled plastic, though there are many more companies catching on.)

Examples are listed of countries with progressive legislation, and the impact this has had.

Rwanda was one of the first countries to ban plastic bags, and is now home to the third-greenest city in the world. (What the film doesn’t mention is that the country has also made headlines for its smuggling, public shaming and imprisonment relating to the same.)

Germany has introduced deposits for plastic bottles. Across the globe, pyrolysis, where single-use, non-recyclable plastics are converted into diesel, is gaining traction.

Perhaps best of all is Haiti’s Plastic Bank, where plastic can be exchanged for money and goods – creating a poverty alleviation and recycling scheme in one.

A Plastic Ocean is an environmental documentary that – though at times repetitive – does the job. It drives home its message, hard, and suggests a way forward. If you’re drinking a coffee out of a takeaway cup or getting your lunch in a Styrofoam container, watch this film. It may change your consumption habits tomorrow, for the better. DM

The Eco Film Festival runs until Friday 30 March 2018. Though Daily Maverick is a proud media partner to the Festival, the content of reviews remains the opinion of the reviewer. If we’re critical of the film, we’ll still tell you. Promise.

For a screening schedule or to book tickets, visit http://saecofilmfestival.com/