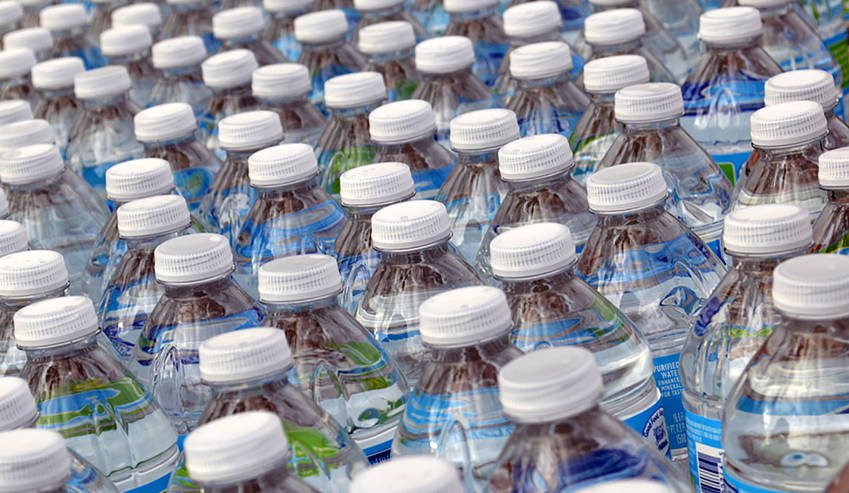 Every human who drinks water from a tap or bottle is exposed to tiny pieces of plastic, but no one knows yet what effect this has on our health. A recent study found high levels of micro-plastic in bottled water. Should we be worried? HEALTH-E’s Kerry Cullinan reports.

There is bad news for health-conscious consumers and drought-conscious Capetonians, who spend their days swigging water from plastic bottles. Recent testing of bottled water randomly collected from 12 different countries worldwide found high levels of micro-plastic. But experts don’t yet know what effect this has on our health and say there is not enough evidence to blame the plastic bottles themselves for the particles.

The tests, on more than 250 bottles from 11 different brands found an average of 325 particles per bottle. The plastic included polypropylene, nylon, and polyethylene terephthalate, according to the non-profit Orb Media, which had the bottles tested at New York State University.

The bottled water had around twice the plastic particles of tap water tested in other studies.

Professor Sherri Mason and her colleagues used a red dye that binds to plastic, an infrared laser and a special blue light, and this made the particles light up like glowing red stars.

“What worries me is that most people who are drinking bottled water are doing so because they believe it is healthier than tap water,” said Professor Mason in a recorded interview.

“Multiple studies have shown that bottled water is not cleaner than tap water. Some of these particles are so incredibly small that they might be making their way through the gastro-intestinal tract and being spread across our bodies, and having direct impact from the plastic itself but also the chemicals that are absorbed onto the surface of these plastics.”

While the bigger plastic pieces are likely to pass through the body without being absorbed, the pieces that are tinier than the diameter of a human hair are the dangerous ones.

“Some particles might lodge in the intestinal wall,” according to Orb Media. “Others might be taken up by intestinal tissue to travel through the body’s lymphatic system. Particles around 110 microns in size (0.11 millimeters) can be taken into the body’s hepatic portal vein, which carries blood from the intestines, gallbladder, pancreas and spleen to the liver.”

Meanwhile, the really tiny bits of plastic – in the range of 20 microns (0.02 millimeters) – have been shown to enter the blood and lodge in the kidneys and liver, according to a 2016 report by the UN’s Food and Agriculture Organisation.

Swiss-based scientist Jane Muncke, who has a doctorate in environmental toxicology, said that, as “micro-plastic particles have also been found in tap water, we must assume that the whole (global) population is exposed, but we don’t know what the particles are doing to us”.

“There are different effects of toxicity. We are not seeing an immediate or acute effect with microplastics. There may be chronic effects from long-term exposure, particularly during sensitive windows of development, such as in the womb and during the first 1000 days of a child’s development,” said Muncke, who was particularly concerned about the effects of the chemicals contained in plastic.

“Plastic can act as vectors [carriers] for persistent organic pollutants, including PCB and dioxin, and pesticide,” said Muncke. “These chemicals are very persistent and can linger for a long time in the environment.”

As far as the Orb study was concerned, Muncke said it was “well conducted but the result does not provide scientific evidence that the source of the microplastic is the packaging. Micro-plastic is everywhere.”

Muncke believes that the particles probably got into the bottled water at various stages of processing, including while being bottled at source, in factories and through packaging.

“My money is on a combination of different sources. Plastic is everywhere. Twisting the cap off the bottle is just one plausible source of the particles,” said Muncke.

The WHO (World Health Organisation) said it was aware of the study but that “currently there is no evidence on impacts to human health”, according to Nyka Alexander, a WHO communication officer.

“For WHO to make an informed risk assessment, we would need to establish that microplastics occur in water at concentrations that would be harmful to human health. Information on occurrence in water is very limited and there is no information on the impact on human health,” said Alexander.

Alexander said that while the WHO would continue to prioritise addressing “known significant waterborne risks to health, we are aware that microplastics is an emerging area of concern for consumers and Member States”.

As a result, the WHO would “review the very scarce available evidence with the objective of identifying evidence gaps, and establishing a research agenda to inform a more thorough risk assessment”.

The UN (United Nations) has been concerned about micro-plastic in the sea for some time now. In December, UN ocean head Lisa Svensson told a UN environment summit that plastic contamination was a “planetary crisis”. Various researchers have found high levels of plastic in fish, which poses a danger for people who eat fish.

However, it is evident that micro-plastic is everywhere – from the fish to our water supply. And we should be worried. DM