Cricket: Proteas deliver us from the tamperance movement 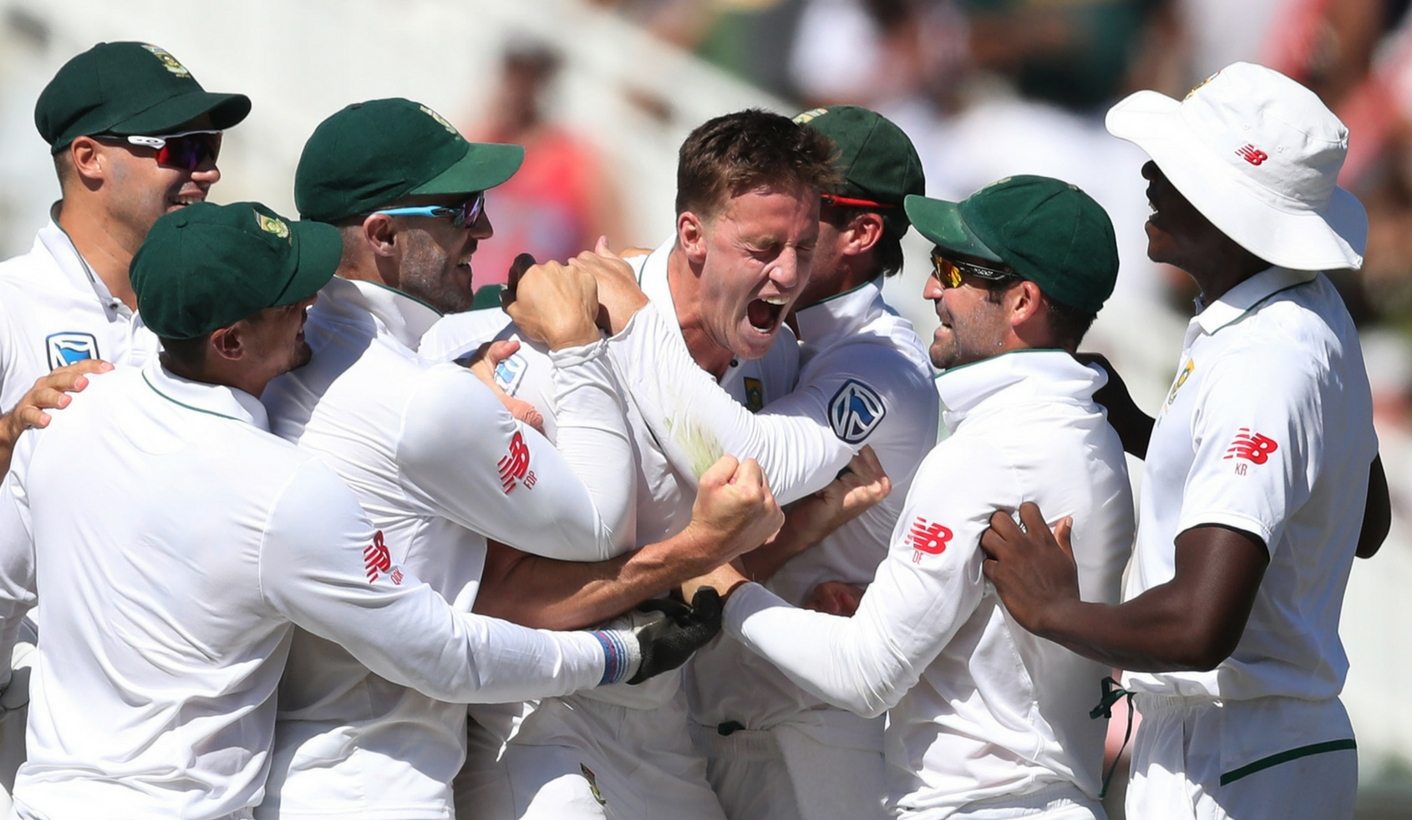 In a series that was dangerously close to being overshadowed by persistent controversy, it was going to take something special to claw back the reason why Australia are visiting these shores in the first place. By ANTOINETTE MULLER.

In a Test series that was edging ever closer to being remembered more for its controversy rather than the actual cricket played, some brilliance was needed to help the players recalibrate.

The series has given a whole new meaning to “resume hostilities”m with everyone from players to fans getting involved.

In a weird way, it has been tremendous for cricket. When was the last time everyone was so interested in the longest format of the game – even if the reasons are somewhat contrary?

Pantomime villains in this year’s Christmas play will struggle to live up to the same lunatic standards witnessed in this series, but it has villains who have cult followings – and drama to boot.

On Saturday, it reached such a climax of ridiculousness that conspiracy theorists might be wondering if this was all some great big plan to let everyone forget that England had just been bowled out for 58.

Steve Smith and Cameron Bancroft were hung out to dry after admitting to ball tampering, not that they had a choice. It was captured on HD cameras for everyone to see. It was the most blatant attempt to disregard the unspoken “ball management” laws since Shahid Afridi bit into a ball (against Australia) back in 2010.

Every Test in this series has had an incident that has overshadowed what has been achieved, and the tamperence movement was threatening to do the same again.

But, at Newlands, in the shadow of righteous indignation, South Africa managed to remind everyone that the reason Australia is here is not to be as unbearable as possible: it’s to play cricket.

The Proteas had other ideas.

Having plodded along to 57-1 at tea, it took just 13 overs for Keshav Maharaj, Morne Morkel and Kagiso Rabada to start ripping out whatever tiny remnants of dignity might have remained in that Australian side.

The undoing started with Du Plessis effecting a brilliant run-out of the rabbit-caught-in-the-headlights – Bancroft – and whizzed into the ever excellent Kagsio Rabada, sending David Warner on his way. Maharaj’s mesmerising spin (with some help from fine fielding) and Morkel’s nagging consistency saw the visitors stumble to 86-7.

It all happened faster than you can say “yellow tape”.

From there, it was a case of going through the motions. By the time Sunday’s roast dinner was being popped in the oven, it was all over.

Make no mistake, Australia will come back hard in the fourth and final Test. And they might have been a bit disorientated after what transpired, but the visitors have been outplayed throughout this Test.

It has been an extraordinary comeback from the first match, where the South Africans looked out of sorts. The response to that loss started in Port Elizabeth. It arrived with gusto in Cape Town with a solid team effort and moments of individual brilliance like Dean Elgar’s hundred and Morkel’s almost-last hurrah.

For a South African side that has often struggled to finish off a flailing opponent with a coup de grâce, the ruthless win will go a long way to reinforcing their cut-throat culture that’s been growing steadily under Du Plessis’ tutelage. DM