SARS Wars: End of the road for Tom Moyane, one of State Capture’s most loyal foot soldiers 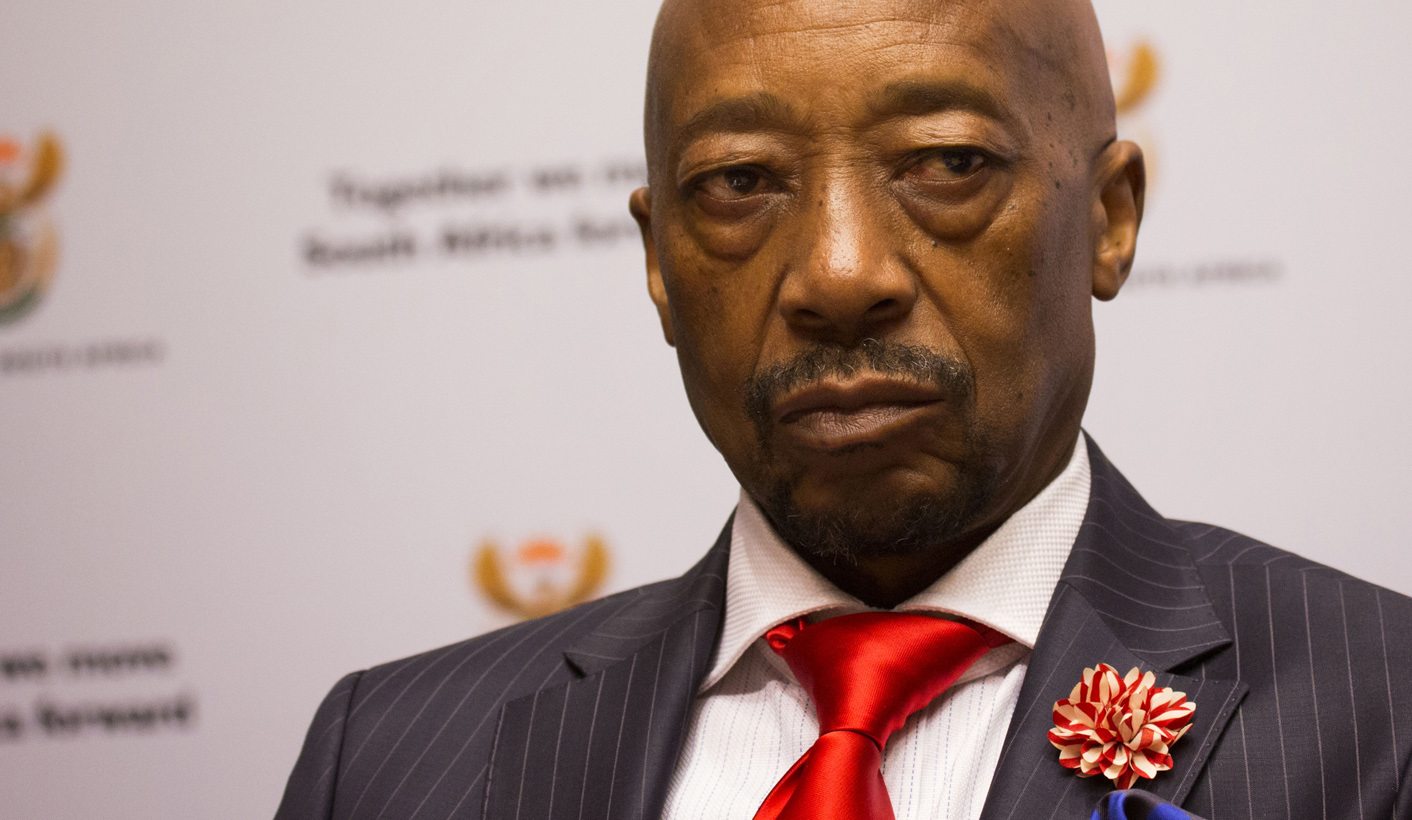 The suspension by President Cyril Ramaphosa of SARS Commissioner Tom Moyane on Monday night brings to an end a 42-months’ long reign of terror which not only saw the haemorrhaging of skilled staff and the relentless persecution of senior executives, including former finance minister Pravin Gordhan, but also the reduction of the once-formidable revenue service to a hollow shell. Under Moyane, one of Jacob Zuma’s most loyal pawns, SARS became a key and vital player of the State Capture project. By MARIANNE THAMM.

On Monday night, behind the scenes, an unholy battle of wits played out as SARS Commissioner Tom Moyane clung to his job for dear life.

You have to give it to the man. Nothing so far has shamed this Zuma loyalist.

From massive revenue collection shortfalls to the exposure by the FIC of his right-hand man Jonas Makwakwa’s own suspicious list of payments to his private account as well as links to a money laundering debt collection firm, to an expedited, and unlawful, VAT payment to the Guptas, Moyane has behaved like a man who believes he is untouchable.

On Monday night, after being asked to step aside earlier, Moyane even attempted to threaten President Cyril Ramaphosa with an interdict. His “deadline” to the President was 21.30 on Monday night.

At 10:00 the Presidency issued a statement that Moyane had been suspended “with immediate effect pending the institution of disciplinary proceedings”.

It was in the public interest to restore the credibility of SARS without delay, the statement said, adding that in a letter to Moyane, Ramaphosa had said that developments at the SARS under his leadership “have resulted in a deterioration in public confidence in the institution and in public finances being compromised. For the sake of the country and the economy, this situation cannot be allowed to continue, or to worsen”.

The President raised concerns about the manner in which Moyane had handled the Makwakwa matter, his treatment of the report given to him by the Financial Intelligence Centre, and his failure to immediately report this to the Minister of Finance.

Another concern was the management of VAT refunds (including a R70-million repayment to the Gupta family) which Ramaphosa said had “brought the SARS into serious disrepute and potentially jeopardised the integrity of the SARS as collector of revenue and adversely affected tax morality among taxpayers”.

Mark Kingon, who replaces Moyane in the interim, is currently Acting Chief Officer: Business and Individual Taxes with SARS – in other words, he is the man who also replaced Joseph Makwakwa late last week… There must be a message in there somewhere.

The decision to suspend Moyane followed a meeting in which Ramaphosa had informed Moyane that he had lost confidence in his ability to lead SARS and had offered him an opportunity to resign with immediate effect, which Moyane had declined.

Ramaphosa said that as SARS Commissioner, Moyane held a “high position of trust” in the management of the country’s public finances, and it was necessary, therefore, “to act urgently and immediately to protect the institution and place it on a path to stability and recovery”.

The appointment of Tom Moyane as SARS Commissioner by Jacob Zuma in September 2014 took everyone by surprise at the time. His appointment was announced to senior staff only a few hours before the decision was made public.

The purge by Moyane had been orchestrated after a series of stories had appeared in the Sunday Times alleging that a “rogue unit” had existed in SARS. But even before the series of articles, which the Press Ombudsman later ordered the newspaper to retract, SARS had been under threat from underworld figures and politically connected individuals who were being investigated and brought to book.

What followed was an attack on SARS through abusing state resources in Crime Intelligence, the State Security Agency, the Hawks and SAPS.

In his book The President’s Keepers – Those Keeping Zuma in Power and Out of Prison, investigative journalist Jacques Pauw exposed how Moyane has protected Zuma in his bid to quash the R63-million tax bill as well as the former president’s failure to submit tax returns for the first five years of his presidency.

Moyane and Zuma’s friendship dates back to their days in exile in Mozambique. Moyane said Zuma had been the first to receive him in Mozambique in 1976 and that he had worked “under his leadership” when Zuma was the Deputy Chief Representative for the ANC.

While Moyane clung to his powerful position as scandal after scandal broke around him, it was Daily Maverick’s Pauli van Wyk’s in-depth investigative dossiers on the SARS commissioner’s lies, cover-ups and fake investigations into Makwakwa that proved to be his final undoing.

And in a week when rumours circulated that former acting commissioner Ivan Pillay and former deputy finance minister Mcebisi Jonas were headed to SARS, the NPA’s Priority Crimes Litigation Unit was suddenly and coincidentally roused to action, recycling an old case number to come after Pillay and Co. The same case number was used by Hawks boss, Berning Ntlemeza, to pursue Pravin Gordhan.

Moyane, like many in the machinery of the state, threw his lot fully and completely in with former president Jacob Zuma. While Cyril Ramaphosa has had to act swiftly with regard to the massive clean-up, there are many ghosts still left in this machine. Moyane is not likely to go down quietly. But for now he is out of the picture and away from causing further damage to the engine that drives the Treasury and the country’s economy – SARS.

There will be, on many levels, a collective sigh of relief from many at the SARS headquarters in Pretoria (and beyond its walls) on Tuesday as a man whose actions have severely compromised the service will be barred from wreaking any more damage.

From the moment he was appointed SARS, Tom Moyane featured in newspaper headlines almost daily and always for the wrong reasons. Hopefully, much of the chaos he caused will be quietened down and the most extreme of the damage reversed.

For South Africa to exist, SARS must work. As a country, we toyed with the suicide button for way too long. It is now time for the grown-ups to come and help SARS serve the people of South Africa once again. DM