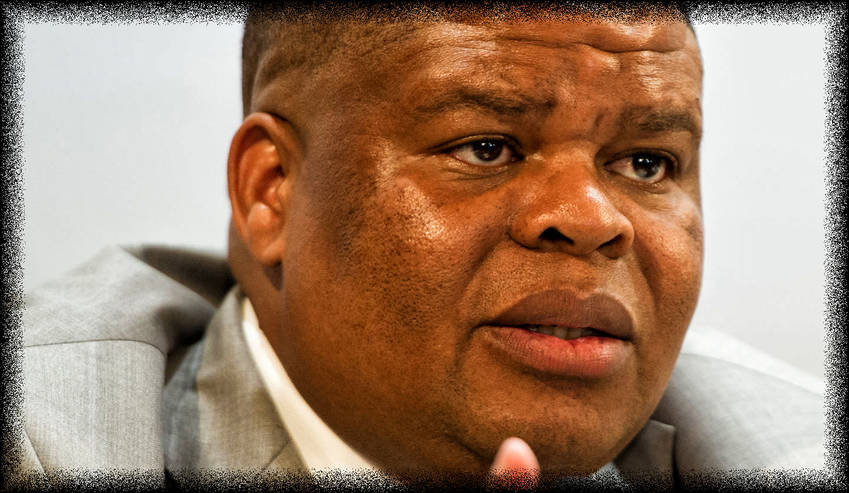 Former spooks boss turned energy tsar David Mahlobo already traded his front row parliament bench seat held as a Cabinet minister for one further back, but now must get to grips with a new portfolio – trade and industry. That’s the committee he’s been assigned to by the ANC in Parliament, in a reshuffle of committee membership to take in those who lost their jobs in the recent executive re-organisation. It’s an interesting allocation that emerged from Thursday’s Announcements, Tablings and Committee Reports (ATC), or Parliament’s record of work. By MARIANNE MERTEN.

Aside from ex-police minister Fikile Mbalula, who resigned his parliamentary seat to be the full-time ANC elections boss at Luthuli House, only former public enterprise minister Lynne Brown has officially departed from public office. Brown resigned earlier this month after a controversy-ridden stint at the helm of the public enterprises portfolio, which includes Eskom. The fall out of State Capture there, and other State-owned Entities (SOEs), continues. Enough said.

Controversies also trailed former mineral resources minister Mosebenzi Zwane, from the Mining Charter debacle to State Capture claims regarding the facilitation of the Gupta-linked Tegeta-acquired Optimum coal mine, now subject of a parliamentary inquiry by the mineral resources committee. But Zwane decided to stay put, and now represents the ANC in the water and sanitation committee, and as an alternate on the human settlements committee.

ANC MP Des van Rooyen, once finance minister for a few days in December 2015 before his redeployment to co-operative governance, may be able to draw on his background as uMkhonto weSizwe Military Veterans Association (MKMVA) treasurer in his new role on the parliamentary defence committees.

It was in his capacity as MKMVA moneyman that he met the Guptas in early December 2015, according to his response to a public protector investigation into whether he misled Parliament when he told MPs he never had met that family. The recent public protector report found Van Rooyen had misled Parliament in terms of the Executive Ethics Code and asked President Cyril Ramaphosa to take the necessary steps. In a letter dated 1 March, the president told National Assembly Speaker Baleka Mbete he had relieved Van Rooyen of his ministerial duties.

Aside from the defence committees, Van Rooyen also serves on the justice committee.

Meanwhile, Mahlobo’s successor in the spooks portfolio, Bongani Bongo, is also back in Parliament, just not in his previous justice committee post held before former president Jacob Zuma elevated the backbencher to Cabinet. Now he’ll apply his skills in the committees of communications and small business development.

Co-incidentally, it appears Bongo finally has ditched his bodyguard who still accompanied him last week. It’s one of the perks of ministerial office, for which a month’s grace is given before its end. Ex-public enterprises deputy minister Ben Martins, now on the labour committee, was spotted in the parliamentary corridors still being trailed by a protector earlier this week.

The finance committee’s new members include former public works and police minister Nkosinathi Nhleko, who was sworn in as ANC MP following Ramaphosa’s Cabinet reshuffle. The president needed to ditch one of the two ministers whom according to the Constitution can be drafted into the executive without being MPs, so ANC National Chairperson Gwede Mantashe could be appointed as mineral resources minister.

Nhleko is joined on the finance committee by ANC colleague Peggy Nkonyeni, the former KwaZulu-Natal legislature Speaker and Education MEC, who resigned from that post in mid-2016. She twice faced fraud and corruption counts that were ultimately withdrawn by the prosecuting authorities, most recently in August 2012 in the Intaka, or so-called “Three Amigos”, case involving the purchase of water purification equipment at inflated prices.

The ANC has not filled the third and its final vacancy on the finance committee. Watch this space.

Meanwhile, former Northern Cape MEC Alvin Botes, who was acquitted in the fraud and corruption case that saw ANC provincial chairperson John Block convicted in October 2015, will now serve as ANC MP on the basic education and sports and recreation committees.

Former communications deputy minister Tandi Mahambehlala goes to the public enterprises committee, which has spent much of the past four months on the Eskom State Capture inquiry. There the ANC has two spots to fill following the appointment of Pravin Gordhan and Mondli Gungubele to the executive as public enterprises and deputy finance minister respectively.

Mahambehlala doubles this job up with the energy committee, where she previously served as backbencher before being appointed to the executive in Zuma’s controversial Mach 2017 midnight reshuffle that saw Gordhan and his deputy Mcebisi Jonas booted from the finance portfolio.

Also replaced in the arts and culture and small business development parliamentary committees is the spot vacated by Nkosazana Dlamini Zuma, who is now Minister in the Presidency for Performance Monitoring and Evaluation. And former transport minister Joe Maswanganyi has been allocated to the Standing Committee on Appropriations.

ANC MP Nic Koornhof takes over from Chana Pilane-Majake, now Deputy Minister of Public Service and Administration, in the constitutional review committee, which from next week will start moving on Parliament’s motion to amend Section 25 of the Constitution to make land expropriation without compensation possible. That EFF motion, supported by the ANC after some amendments, has stirred a lively public debate to say the least.

Mabuza as deputy president is also leader of government business, or the link between the executive and Parliament, and has come under sharp criticism for last week’s failure by several ministers to be present in the House for questions, including Home Affairs Minister Malusi Gigaba who claimed illness and a last minute doctor’s appointment. The DA has complained and asked the matter be referred to the parliamentary powers and privileges committee for censure.

But newly-minted Communications Minister Nomvula Mokonyane stood up for Mabuza at Thursday’s media briefing on this week’s Cabinet meeting. There’s already been two meetings held as leader of government business. And Mabuza chaired the Cabinet meeting as Ramaphosa was preparing for his first presidential Q&A in the House on Wednesday. “He (Mabuza) is hard at work in the spirit of thuma mina (send me),” Mokonyane added.

It’s Mabuza’s turn at the podium for the deputy president’s question time next week. DM

Photo: Then Minister of State Security, David Mahlobo chairing the Justice, Crime Prevention and Security (JCPS) cluster about the implementation of the cluster programme of action for the year, following the 2017 State of the Nation Address at a briefing held at Tshedimosetso House in Pretoria. 05/03/2017. By Ntswe Mokoena (GCIS).