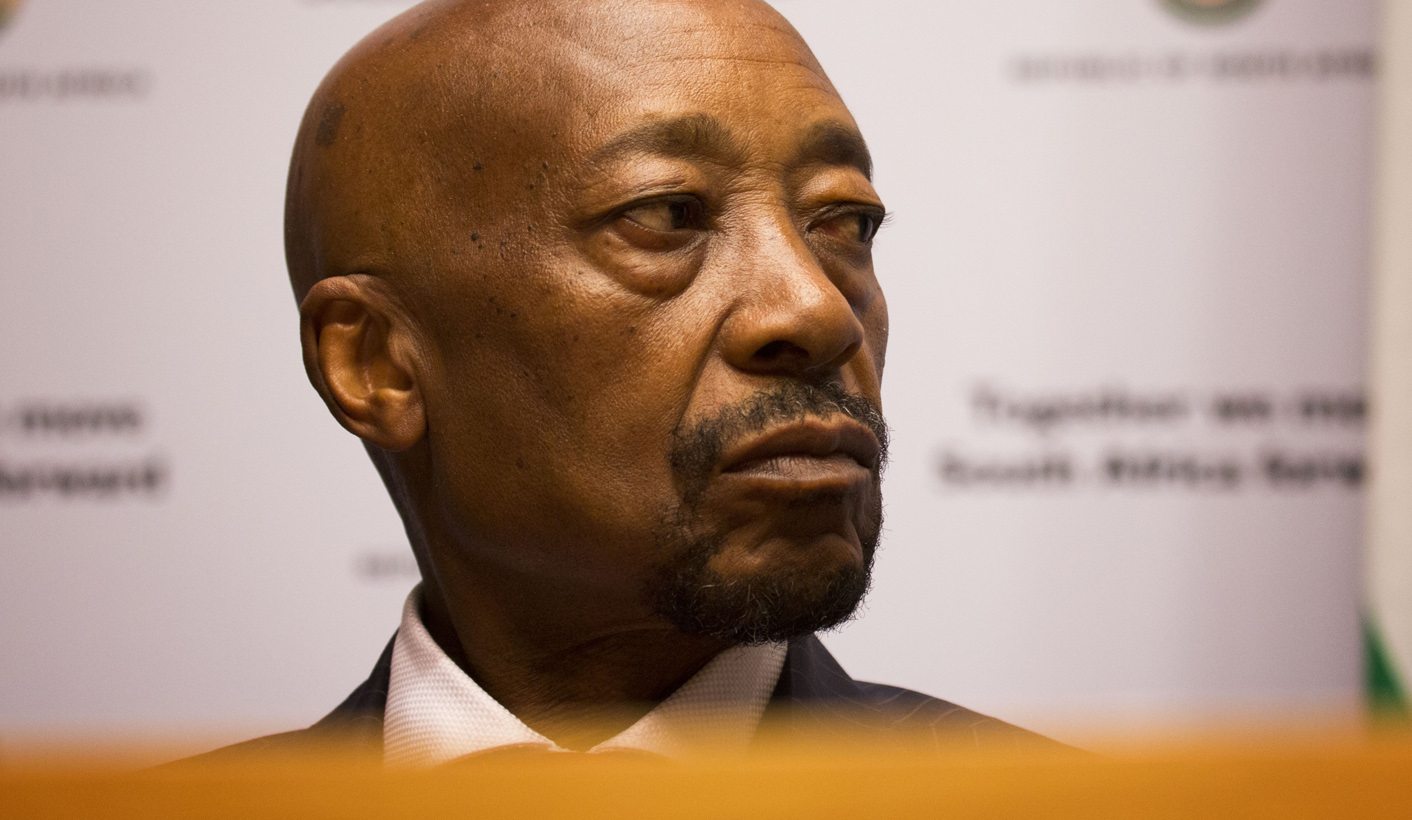 SARS Commissioner Tom Moyane tailored the now defunct KPMG report in 2015 into the “rogue unit” that never was, seemingly to bolster evidence in the “Project Sunday Evenings” case. This is what Ivan Pillay, Johann van Loggerenberg and Andries Janse van Rensburg have told the National Prosecuting Authority. The trio want the right to make proper representations. By PAULI VAN WYK.

Tax boss Tom Moyane instructed a SARS employee in 2015 to “feign illness” so as not to pitch for his scheduled interview with KPMG investigators who looked into the “rogue unit” saga. The result was a tailored version of events being included in the KPMG report into SARS that ultimately cost CEO Trevor Hoole and eight others their jobs.

These are the damning allegations made by the lawyer of Ivan Pillay, Johann van Loggerenberg and Andries Janse van Rensburg in an eight-page letter addressed to the National Prosecuting Authority (NPA), demanding their right to proper representations.

SARS could not immediately comment on the letter. Daily Maverick will publish their reply in full once we received it.

Pillay, Van Loggerenberg and Janse van Rensburg were this week summoned “out of the blue”, their lawyer says, to appear in court in April on two counts relating to a decade-old intelligence exercise dubbed “Project Sunday Evenings”.

The accusations of SARS officials spying on the NPA were investigated by KPMG, who later highlighted material deficiencies in their own report and said the “recommendations and legal opinions should no longer be relied upon”.

In the letter drafted by attorney Bernard Hotz from Werksmans Attorneys, Pillay alleges that Moyane instructed one of the witnesses in the NPA’s case, Helgard Lombard, not to meet with KPMG investigators. The letter does not detail how this is known, but a source close to proceedings alleged the group is in possession of irrefutable evidence.

Says Hotz in his letter:

“Mr Pillay notes with grave concern that Mr Lombard, who it is understood will be seeking indemnity from prosecution in terms of Section 204 of the Criminal Procedure Act, was instructed by none other than the complainant in this case, Mr Moyane, not to avail himself for a scheduled interview with KPMG in 2015 and to ‘feign illness’.”

The result was that “material facts known to Mr Lombard were omitted in the KPMG report”, Pillay says, including facts relating to Project Sunday Evenings.

“In this regard, Mr Pillay places on record, without any reservation, that co-accused, Mr [Johann] van Loggerenberg, had nothing to do with this matter.”

Pillay further alleges a “conspiracy between former and current SARS employees” that resulted in two fake intelligence reports code-named “Project Broken Arrow” and “Operation Snowman” so as to “destabilise” SARS, and “ultimately create havoc and damage to the reputations and stability” of Pillay, Van Loggerenberg and SARS as a state institution.

They are scheduled to appear in court on 9 April and asked to make representations to be considered before their appearance. DM