Scorpio: Pillay, Loggerenberg and Janse van Rensburg back in the dock over SARS ‘Project Sunday Evenings’ 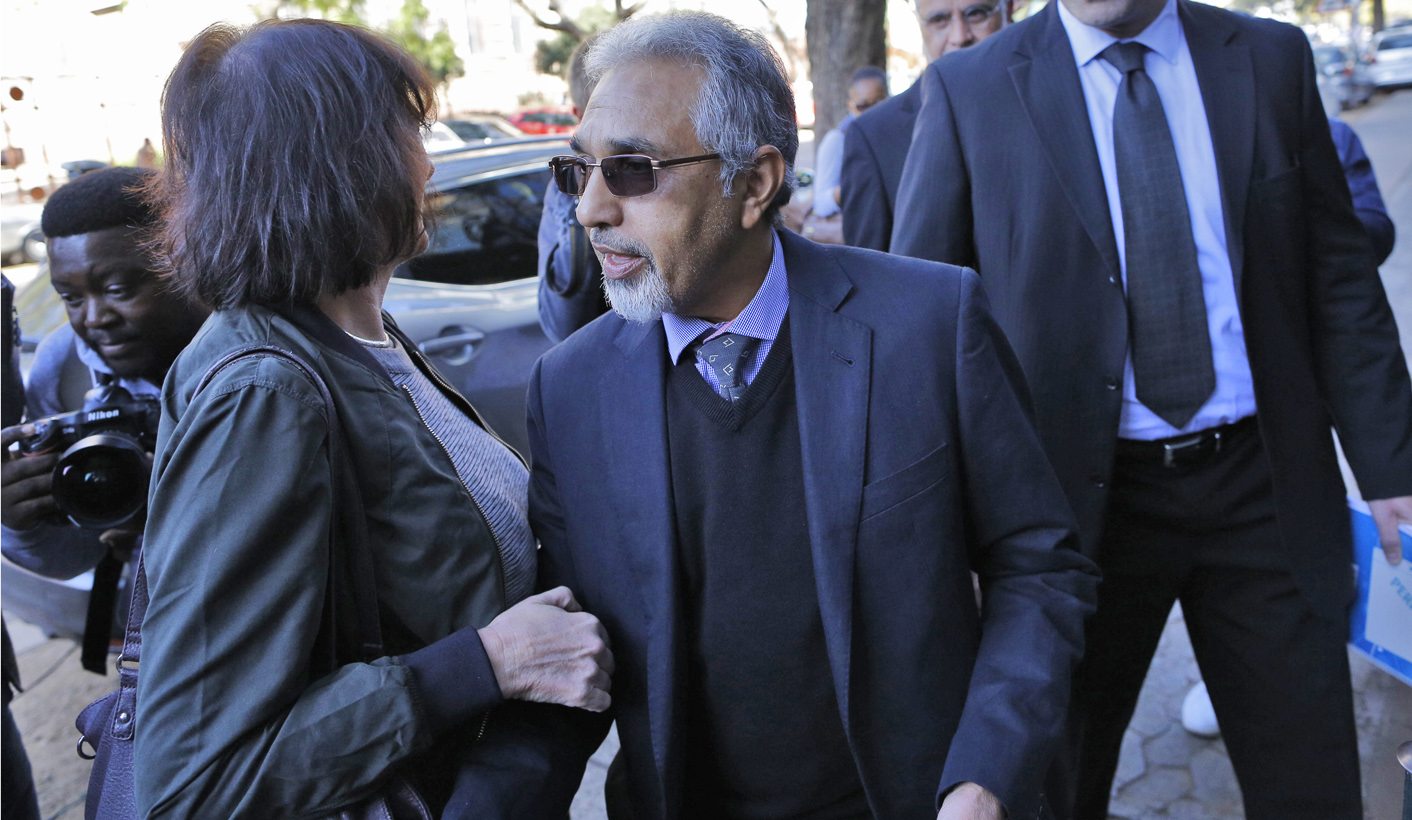 Ivan Pillay, Johann van Loggerenberg and Andries “Skollie” Janse van Rensburg have been charged anew for their alleged involvement in a decade old SARS intelligence exercise code named “Project Sunday Evenings”. Newly appointed minister of public enterprises, Pravin Gordhan is not off the hook either. This is what we know so far. By PAULI VAN WYK for SCORPIO.

In the past three weeks Ivan Pillay, the former deputy SARS commissioner, has been touted to return to his position. Pillay resigned in May 2015 after a protracted and acrimonious disciplinary process that emanated from a botched KPMG investigation into a “rogue unit” in SARS that was “revealed” by Sunday Times in around 2014. The newspaper later had to apologise and retract their stories relating to the unit. The plan to get Pillay back in SARS forms part of a bigger “SARS rescue mission” and includes president Cyril Ramaphosa being lobbied to give current SARS Commissioner Tom Moyane the choice to either resign or be suspended for his handling of the Jonas Makwakwa debacle. Despite Moyane’s vehement protestations, evidence points to serious mismanagement at SARS, triggering the announcement of a commission of inquiry into the service.

They have been charged under Brooklyn case number 427/05/15. This is the same case number generated when Moyane laid charges at the Brooklyn police station in 2015 and accused Pillay, Van Loggerenberg, Janse van Rensburg and others of running a “rogue unit” in SARS. It is unheard of for a person of Moyane’s position to personally lay a criminal case at a police station. This, coupled with a highly publicised purge of Gordhan-loyalists from SARS and news about an allegedly illegal R70-million VAT refund paid to the Guptas created the perception that Moyane had an agenda. Moyane has always vehemently denied these allegations.

As it stands now Pillay is the co-accused in two cases, along with Van Loggerenberg and Van Rensburg in one case each. The charges relate to “Project Sunday Evenings”, an opaque and secretive intelligence exercise allegedly run by SARS in 2007 in order to spy on the National Prosecuting Authority (NPA) who were busy prosecuting then Police Commissioner Jackie Selebi.

Pillay and former SARS head of investigations Van Loggerenberg are charged with:

“Contravention of section 10(b) read with sections 1, 2, 24, 25 and 26(1) of the Prevention and Combating of Corrupt Activities (POCA) Act 12 of 2004. (Unauthorised gratification by a party to an employment relationship”).

Both are  alternatively charged with general corruption by offering a bribe.

Scorpio is told the NPA is also strongly considering recharging Gordhan and Pillay for the aborted pension debacle.

But NPA spokesperson Luvuyo Mfaku said Pillay’s pension matter cannot be dug up from the grave. “The pension charges are dead, it cannot be resuscitated. When NDPP Shaun Abrahams reviewed the matter, he is the final arbiter, the apex in prosecutorial decisions. It cannot be reviewed again by anyone else.”

Gordhan was accused of having breached the Public Finance Management Act and the Prevention of Corrupt Activities Act when he approved, as finance minister, Pillay’s early retirement in 2010.

The pension matter and Sunday Evenings triggered the Hawks in February 2016 to send Gordhan the infamous “27 Questions”. In October prosecutions boss Shaun Abrahams with bluster announced that Gordhan and others will be charged for alleged irregularities around the pension payout for Pillay. At the time Abrahams wagged his finger Groot Krokodil-style at the media about how the “days of disrespecting the NPA is over”.

Twenty days later, Abrahams backtracked, tail between his legs, and announced the withdrawal of all charges.

In President Cyril Ramaphosa’s first cabinet announcement Gordhan was appointed minister of public enterprises to replace the highly criticised Lynne Brown. Brown has since resigned as MP from parliament. Gordhan’s brief is to clean up the country’s struggling state owned enterprises, riddled with corruption and nepotism as repeatedly proven by the #GuptaLeaks.

In 2015 the Afrikaans newspaper, Beeld and amaBhungane broke the story about “Project Sunday Evenings”.

This came after KPMG’s forensic investigation at the time found “evidence” that SARS was spying on the NPA. KPMG was later forced to retract this SARS report. KPMG CEO Trevor Hoole along with eight colleagues resigned in the wake of the drama over the company’s dodgy auditing job on the Guptas and its hack job on the SARS report.

Beeld and amaBhungane revealed evidence that Janse van Rensburg along with another SARS official Helgard Lombard installed secret cameras in selected offices and boardrooms at the NPA headquarters in Pretoria. Lombard turned state witness (204) and alleged that Pillay and Van Rensburg told him to keep the R100,000 NPA bill for the surveillance equipment.

The project was sanctioned and signed off on from the NPA’s side, but no evidence could be found that the NPA knew they had contracted SARS officials. There is also no evidence that the SARS officials were instructed by SARS management to conduct the operation.

Nevertheless, Janse van Rensburg and Lombard allegedly gained illegal access to the video footage, transcribed it and gave it to Pillay.

What happened to the surveillance footage and transcriptions remains unclear.

The NPA will however hit one snag in charging Van Loggerenberg over Sunday Evenings – in 2007  he was not managing the unit headed by Van Rensburg.

In a statement released by their attorney Bernard Hotz from Werksmans Attorneys Pillay and Van Loggerenberg said they are “disappointed but not surprised by the latest behaviour of the NPA in this matter as they have consistently demonstrated clear bias and malice, which appear to have been driven by the concerns of Moyane”.

“At no point during the process of taking their warning statements were Pillay and Van Loggerenberg questioned on any allegations or facts which speak to the latest charges. On the contrary, they offered to make representations to the DPCI and the NPA which were ignored. The process of concluding the warning statements at that time was never perfected because the docket was handed over to the NPA by the DPCI before Pillay and Van Loggerenberg were given a chance to be heard.”
The statement further highlights that Project Sunday Evenings emanates from the “thoroughly discredited” KPMG report, of which the auditors are now the subject of investigations by IRBA and SAICA. DM