Warlords, warriors and the systemic threat to the SAPS and South Africa: Just another day in life of Scopa 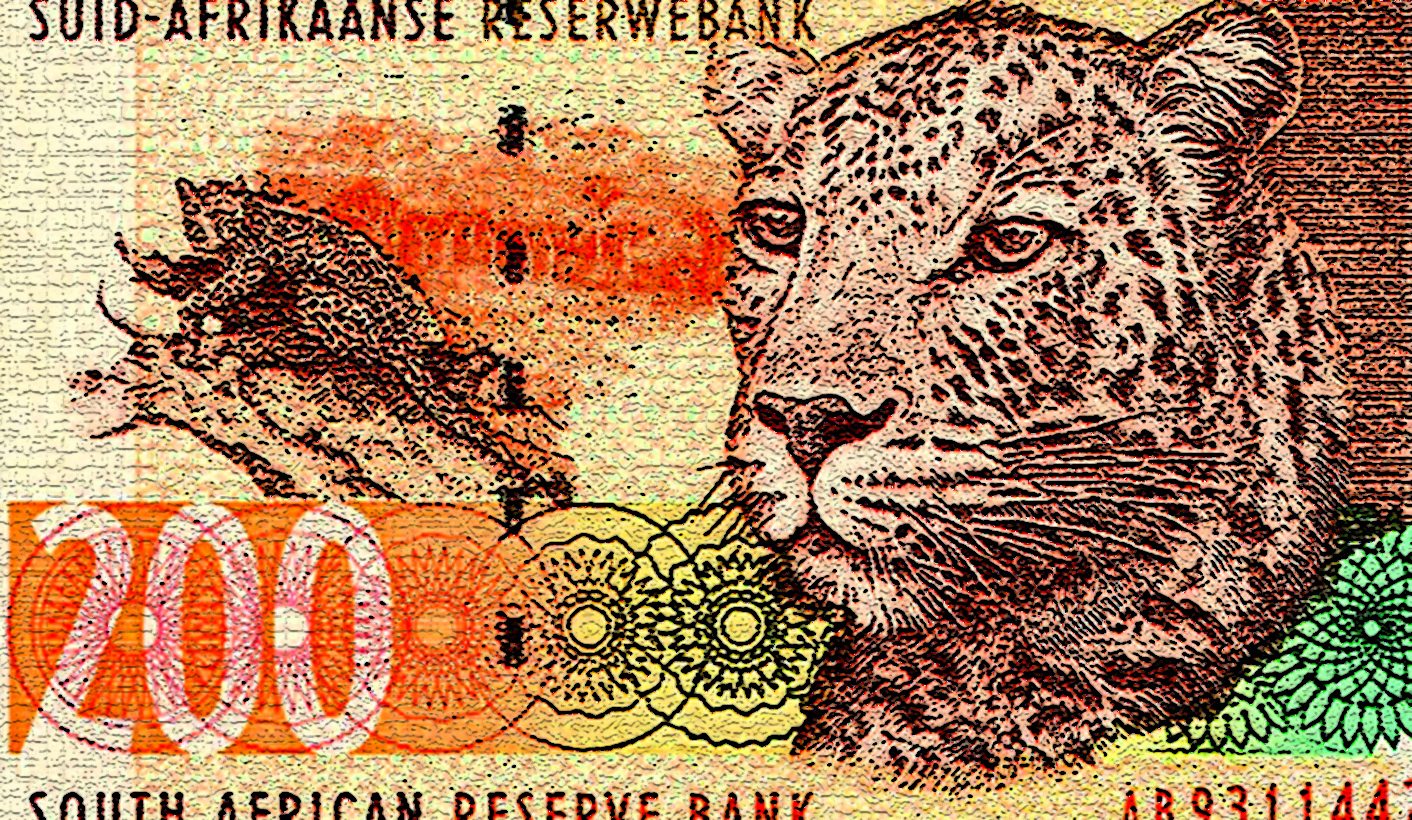 Wednesday’s Scopa hearing into alleged corruption in SITA and SAPS involving an estimated R5.1-billion revealed how a single supplier, Forensic Data Analysts, has the potential to cripple the state’s entire IT infrastructure, which is licensed to the private company. SITA has been locked into a more than decade-long relationship with FDA, paying millions for the maintenance of forensic supplies and IT services procured by SAPS. The debt is so large that SITA was unable to pay its own salaries when FDA presented it with an almost R11-million bill in December, threatening to suspend services if it went unpaid. By MARIANNE THAMM.

This article, as well as a preceding one, has been the subject of a press ombudsman complaint.

Forensic Data Analysts (FDA) and its director Keith Keating, complained about several statements in the articles and added that the journalist should have asked them for comment on those issues; he complained that the reportage has resulted in defamation and has caused unnecessary harm to their reputation and interests.

Daily Maverick responded to the complaint indicating that the reporter had accurately reported on information that emerged during a Parliamentary Standing Committee on Public Accounts hearing.

It argued that the information in the article:

The press ombud ruled that “the complaint is dismissed in its totality”, save for where the texts portrayed as fact that “ever-green contracts” had been awarded to Keating; and implied that he had grown fat on corruption, while no such finding had been made; and possibly unnecessarily harming his dignity and reputation.

He ordered Daily Maverick to apologise to Keating for those infringements.

Daily Maverick accepts the ruling, which can be read in full here, and apologises to Keating. DM

‘The word ‘corruption’ derives from the Latin corrumpere, which can mean to bribe, but also to mar or destroy.’ Patrick Radden Keefe – New Yorker

At the end of the bruising four-hour Scopa grilling attended by the senior management of the State Information Technology Agency (SITA), SAPS (including Criminal Intelligence), IPID and Treasury, it felt as if a 10-ton garbage truck had slalomed its way through committee room V454 in the National Assembly, leaving behind it a fetid and overwhelming stench of corruption.

This involved the repurposing of state institutions by unscrupulous public officials in order to benefit private business interests, and in so doing ultimately hollowing out and destroying the state institution. In the case of SITA, the demands had become so onerous that the agency was unable to meet some of its own financial obligations.

At the start of Wednesday’s hearing, Scopa Chair Temba Godi said Keating had made a submission in which he denied all allegations of corruption and impropriety, claiming he had secured all contracts with SAPS and SITA legally. The submission was not read out to the meeting however.

That, compatriots, is the utterly cheerless news.

The minuscule glimmer of hope is to be found in the warriors who are pushing back against the corrupt SAPS officials who ANC Scopa committee member Vincent Smith described on Wednesday as “warlords” overseeing personal fiefdoms.

“We are dealing here with the rands and cents of South Africa. This is not your money, not my money, it is South Africans’ money,” a clearly angry Smith said at some point.

One of the warriors is SITA CEO Dr Setumo Mohapi, who since his appointment in 2015 has attempted to clean up the colossal mess at the state IT agency. Before his tenure, SITA had had 18 CEOs in 15 years and it is in this chaos that the deep-rooted corruption thrived, Mohapi told Daily Maverick on Wednesday.

Other warriors are IPID head Robert McBride, IPID chief of investigations Matthews Sesoko, as well as Scopa committee members across political parties who have fearlessly confronted hugely powerful figures in SAPS, reduced them to gibbering wrecks and commanded them to abide by the rules of Parliament or face dismissal.

Mohapi and CFO Rudzani Rasikhinya have both received death threats after uncovering at least 108 cases of corruption in SITA. Several staff members have been fired, while others are in the process of being disciplined.

Those who have grown fat on the corruption are not going down without a fight and continue to work in the shadows to scupper or discredit investigations.

In November last year Scopa ambushed senior SAPS and SITA members who had arrived to provide a briefing which instead turned into an inquisition, led by DA Scopa member, Tim Brauteseth. The Scopa probe was into the legality of around R6-billion worth of SAPS and SITA contacts, many of them awarded to Keating’s company over several years.

Keating has been linked to former acting National Commissioner Khomotso Phahlane as well as his wife Brigadier Beauty Phahlane, with regard to alleged fraud and corruption related to the supply of millions of rand worth of forensic equipment – including cameras – to SAPS. Phahlane (a former head of SAPS forensics), his wife and Pretoria car dealer, Durant Snyman, have been charged in the Specialised Commercial Crimes Court in Pretoria.

On Wednesday IPID director Robert McBride told Scopa that Keating would soon be added as an accused in the matter. It is alleged he funnelled funds to Phahlane through Snyman’s car dealership.

At the conclusion of the November grilling, Scopa had ordered SITA to immediately halt any and all payments to Keating’s FDA until two investigations, one by IPID and another by Bowman Gilfillan (contracted by SITA to root out corrupt tenders and contracts), had been completed.

On Wednesday Mohapi and Rasikhinya informed Scopa committee members that they had both felt pressured by SAPS to pay an almost R11-million invoice sent to SITA by FDA.

Mohapi said he had originally taken legal advice as to whether SITA should pay the amount before the agency had satisfied itself that FDA had, in fact, provided the services it claimed. Mohapi found out two weeks after FDA had been paid but the verification of FDA’s services had not been done.

He said that SAPS senior officers including deputy commissioner for resource management, Lieutenant-General Stefan Schutte, had informed SITA that if FDA suspended services to SAPS, SITA would have to carry the responsibility.

Mohapi told the committee that Schutte had told him if SITA did not pay for the maintenance of SAPS forensic equipment supplied by FDA “it would affect the criminal justice system”.

He added that Schutte had said high-profile cases like those involving Reeva Steenkamp and Oscar Pistorius as well as the botched forensics of the Shrien Dewani murder case would become the norm.

Brauteseth read out a letter to the committee that Keating had sent to SITA in January notifying the agency that if it did not pay an invoice for R10,840,091.49 FDA would no longer be “obliged to render the services in question. It is self-evident that if FDA were to suspend the rendering of services, then SAPS, the criminal justice system and ultimately the public at large stand to suffer grave prejudice.

“The Attorney General has raised the issue of who owns the proprietary rights to the IT system used by SAPS. Now we have a situation where Keith Keating has the ability to turn off the system. Here we have an individual who has captured the security cluster. In the light of this information it is incredibly shocking,” said Brauteseth.

Regarding other investigations into corruption in SAPS, IPID head Robert McBride reiterated that the directorate was not receiving co-operation from SAPS, particularly with regard to former head of Crime Intelligence Richard Mdluli.

National Commissioner Sithole said he had discovered, that when he had asked for Mdluli’s classified file, it was missing.

“I discovered it had been taken to the DPCI,” he said.

McBride also said that he was having trouble getting information from Criminal Intelligence with regard to Captain Morris “KGB” Tshabalala, a convicted criminal who later became an agent.

Tshabalala was allegedly deployed to Mangaung with R50-million in cash to allegedly buy votes for a faction – we will leave you to guess which one.

DA member David Ross said the fact that Tshabalala had had access to such a large sum of money that had been used for party-political purposes was also an issue that needed further probing and explanation in the public interest. Ross said Scopa needed to “rope in” the State Security Agency, to explain the remarkable career of one Morris “KGB” Tshabalala.

Commissioner Sithole told Scopa members that he would ensure that the Mdluli file would be declassified and handed to IPID.

Smith, speaking to the threat by FDA that it would “pull the plug” on SAPS, said that this alone was a violation of the Scopa bible, the Public Finance Management Act, in that this huge risk was not taken into account when Keating’s company had been appointed, for years on end as a sole provider.

Mohapi said the issue was not only about SITA and the SAPS IT system.

“It affects the entire government IT system. It is not just about paying FDA on the back of forensic systems. It is about our entire relationship with SAPS, the entire fabric of the operation of the state system,” he told Scopa.

The “skills” provided by FDA should, in fact, be available in SITA and SAPS and not be outsourced, particularly not to a single individual or company, said Godi.

SAPS and SITA will have to report back in detail in their next presentation on contracts with FDA and how these came about.

While the deep rot in SAPS (particularly Criminal Intelligence) and SITA might have been allowed to flourish and fester over the years, the new sheriff in town, President Cyril Ramaphosa, is clearly having a detergent and inspiring effect on those who are determined to restore legitimacy to government.

So much so that Brauteseth, introducing himself as a DA member, remarked that the president had “sent me” to do this work. DM