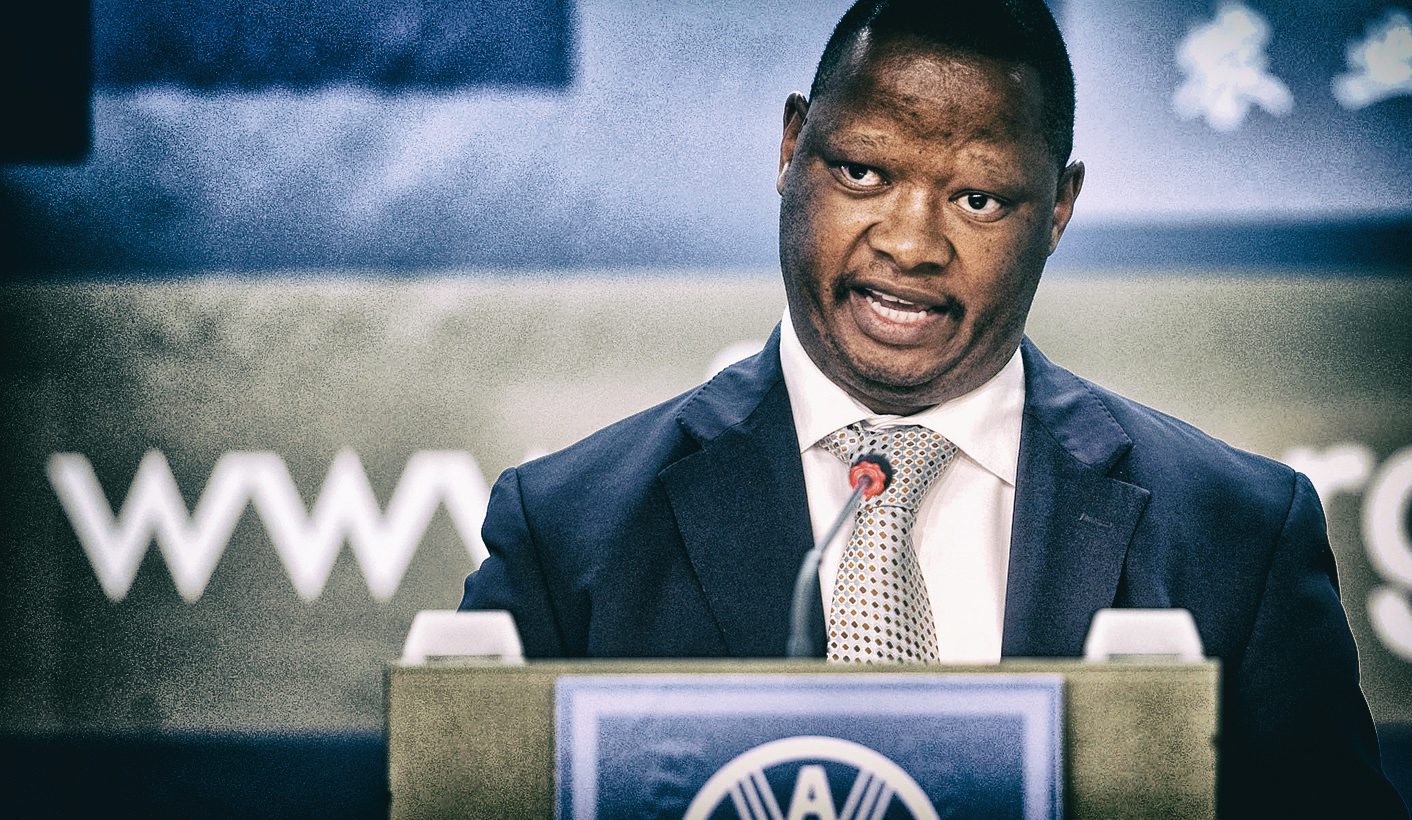 Suspended Secretary to Parliament Gengezi Mgidlana’s disciplinary hearing seems scheduled for April. This emerged in Wednesday’s debate on the joint standing committee on the financial management of Parliament’s report to the House. Mgidlana, who went on special leave in June 2017 at his own request, was in November put on precautionary suspension after Parliament’s audit committee, which had investigated “allegations of maladministration and abuse of power”, determined he should face disciplinary proceedings. By MARIANNE MERTEN.

The workings of Parliament can be curious at times. Daily Maverick for about two weeks repeatedly, but unsuccessfully, requested comment from Parliament’s spokesperson Moloto Mothapo on the disciplinary proceedings against suspended Secretary to Parliament Gengezi Mgidlana, and since late last week also from his legal representative. There were no responses. Instead, Wednesday’s parliamentary debate brought at least some of the answer.

“We are now told his disciplinary hearing will only start commencing in April,” said DA Chief Whip John Steenhuisen, adding that Mgidlana was “found wanting with regards to the use of blue lights, abusing the travel policy, abusing the bursary policy”.

Mgidlana was being paid “close to R2.1-million to sit at home”, said Steenhuisen. “Draw the line under Mr Mgidlana’s tenure” (as Secretary to Parliament).

EFF MP Veronica Mente also did not mince her words, saying Mgidlana had been “a law onto himself and disregarded workers in Parliament”. When MPs had requested documentation relating to Parliament’s administration in October 2017, none could be found by the acting Secretary to Parliament.

“No golden handshake for uMgidlana. He must pay back the money,” Mente demanded.

At this stage it’s unclear exactly what charges Mgidlana is facing, who will head the disciplinary proceedings, what the costs are expected to be, or even what time frame for this disciplinary process is set aside, if any.

The last official communication from Parliament was on 8 November 2017. That statement said how on 25 May Parliament’s presiding officers – National Assembly Speaker Baleka Mbete and National Council of Provinces (NCOP) Chairperson Thandi Modise – had requested the audit committee to “investigate allegations of maladministration and abuse of power against the Secretary to Parliament, Mr Gengezi Mgidlana”.

These included an R71,000 ex-gratia payment and the “improper allocation of a study bursary, improper travel management and irregular procurement of services”.

While Mgidlana was “innocent until proven otherwise by a due process”, according to Parliament’s statement, the audit committee report to the presiding officers was deemed serious.

“After applying their minds to the report, the presiding officers have decided that the recommendations and allegations made are serious and warrant that Parliament institutes a disciplinary process against Mr Mgidlana.”

At the time, Mgidlana’s lawyer Kevin Kiewitz issued a statement saying, “We look forward to a fair process that will allow my client to clear his name.”

In an earlier statement dated 9 June 2017, Parliament said Mgidlana was granted the special leave he had requested effective from that date pending the official investigation of Nehawu’s complaint against the Secretary to Parliament.

“The presiding officers wish to state that, consistent with the principles of natural justice, the Secretary to Parliament remains innocent until proven otherwise. All parties have been urged to cooperate with the audit committee process, which it is hoped will scrutinise these allegations and put the matter to rest,” Parliament’s statement said.

The audit committee investigation took place behind closed doors, but Daily Maverick was able to confirm at least some of the issues up for scrutiny in June 2017. Mgidlana, who throughout has dismissed wrongdoing in a series of statements issued by Parliament and at least two media briefings organised by Parliament, again dismissed any wrongdoing in a right of reply to that article.

The claims against Mgidlana were not new by then. They had arisen soon after his appointment as Parliament’s top official, the accounting officer, from 1 December 2014.

They were intermingled with Nehawu’s wildcat strike in late 2015 over performance bonuses and conditions of work – that unprotected strike saw police called to the precinct, using smoke and stun grenades, on 11 November 2015 – and also formed part of a complaint lodged by the union with the Public Protector on 18 July 2016.

The allegations, and related tensions, previously filtered into debates in the House, including Parliament’s 2017 Budget vote debate when Nehawu picketed in the public gallery.

What exactly unfolded between November 2017, when Parliament said Mgidlana had seven working days to say why he should not be placed on precautionary suspension, now remains unclear.

“We expect to be called to testify before the disciplinary hearings. We are ready.”

The first SMS request for comment with regards to the disciplinary counts and proceedings was sent to Mothapo on 12 February. No response was forthcoming, despite several follow-up requests.

Last week a request for comment was emailed to Mgidlana’s legal representative – there was also a telephonic conversation – and although the initial reply indicated there would be a reply by Monday, this did not materialise. Follow-up emails had not solicited a response by Wednesday afternoon.

And so it was the debate on what the Order Paper described as “Consideration of Report of Joint Standing Committee on Financial Management of Parliament on Parliament of Republic of South Africa’s 2016/17 Annual Report (Announcements, Tablings and Committee Reports, 1 December 2017, p 17)” that brought some light on this matter. DM