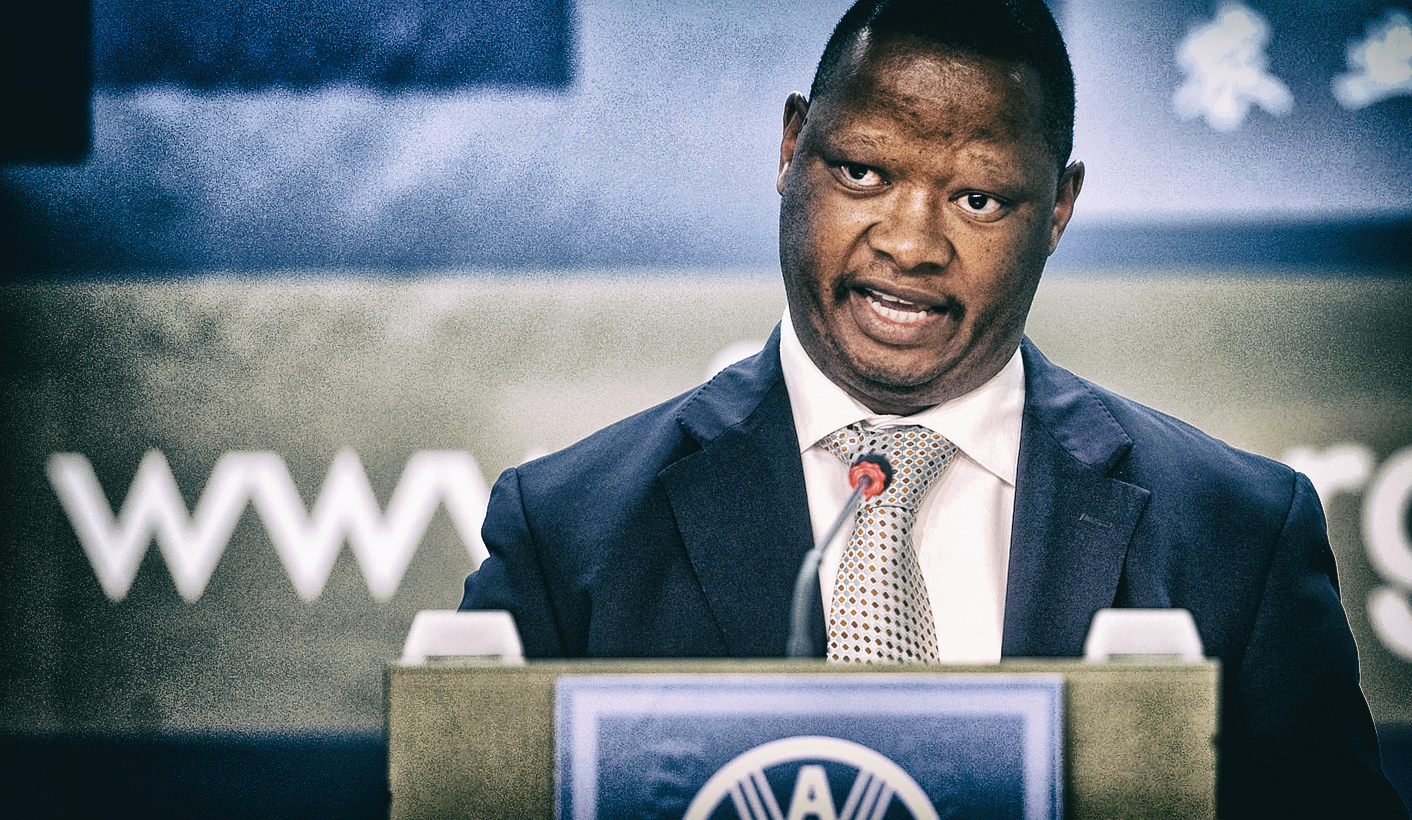 Studies in experimental psychology tell us about a phenomenon known as the illusory truth effect. This is the idea that if you repeat something often enough, people will slowly start to believe it is true. This mantra epitomises Marianne Merten’s journalistic work. As a parliamentary reporter, Merten dedicates her precious energy and time in her articles about Parliament to repeat rumour, innuendo and allegations, which are usually creatively dressed up as absolute truth or facts. By GENGEZI MGIDLANA.

In her most recent article, Marianne Merten continues to ride roughshod, for the umpteenth time now, over the Secretary to Parliament’s character and integrity. The article comes fresh after the Press Ombudsman’s finding of serious breach of the Press Code by Merten and Daily Maverick. Among others, the Ombudsman found that Merten was biased and unfair in her reporting against Parliament in that she did not follow the journalists’ code of conduct that requires that she provide the other party with a fair platform for comment in her article.

(Note: The Secretary to Parliament in his right to reply makes reference to a recent Ombud ruling. Marianne Merten and Daily Maverick have applied to appeal that ruling, and the matter is still pending. The full ruling does not make findings of bias.

For the article to which the Secretary to Parliament is replying – Daily Maverick readily and willingly accords the right to reply – reasonable opportunity was given to respond to each and every issue raised. That this was not done is a decision beyond the control of either reporter or publication.

A simple Google search will show that 12 articles the Secretary to Parliament cites in his right of reply are but a tiny proportion of articles written by Merten on Parliament, its committees, its sittings, its events and related matters such as party politics unfolding at the national legislature. That these articles are written is because the running of an institution, be it Parliament, the presidency or a government department, is a matter of strong public interest. – Editor)

On the face of it, it seems that the Ombudsman’s findings, and sanction, did little to rehabilitate Merten. She continues to sacrifice balanced reporting at the altar of expediency. To be sure, in the article in question, Merten not only played her usual rhetorical chord – which is sensationalism – but she also drifted far from noble moorings or canons of journalism (truthfulness, accuracy, objectivity, impartiality and fairness).

By her own account, Parliament has started a process investigating the allegations that Merten herself and her friends have reported on for several months – writing no less than 12 articles repeating the same allegations. Responses were provided repeatedly by Parliament previously on the issues raised that were not contradicted, instead for some reason such responses are ignored and seem not to be acceptable to Marianne and her confidants.

Her usual source, Nehawu, the main source of the allegations, has been provided a platform by the Audit Committee to engage and present evidence as part of due process. Merten reports that the Audit Committee has requested confidentiality. Clearly, she (as a voice of those resisting change) has been granted a front seat, provided with privileged information and primed properly to launch yet another offensive. This is abetted by participants in the process, her usual sources, who decide as their first action to break the rules aimed at ensuring that the process is fair. Ms Merten not only turns a blind eye to that but provides a platform to these sources to continue their vilification of the Secretary to Parliament without providing him an opportunity to respond. So much about objective, balanced reporting that respects due process, rule of law and our constitutional democracy.

Just to set the record straight: the Audit Committee has not communicated or met with the Secretary to Parliament, nor has it indicated how they will conduct the investigation, outline the procedure and rules of the investigation. On the contrary, I have written through my legal representative seeking such clarity and we have not been responded to yet. It seems that some people, the likes of the union and Ms Merten, are given special treatment and licence to do as they please, irrespective of the impact of their actions on the fairness of the process. I sincerely hope that order will prevail over anarchy; that the culture of impunity will end through this process and the integrity of Parliament’s administration and its accounting officer will be reaffirmed. This is necessary in order to ensure that we have an effective administration that is able to properly support the Members of Parliament and ensure that Parliament meets its constitutional obligations and developmental mandate.

I hope that Merten will report on the ongoing processes based on accepted and high ethical journalistic standards characterised by a higher degree of fairness, clarity and rigour. Guided by media ethics, it goes without saying that Merten needs to fulfil a public role and to be of service to the country first and to its people – as opposed to being a mouthpiece or conduit for certain individuals or political actors. Throughout the investigation process, instead of preoccupying herself with weaving together different strands of half-truths in the hope that they will become truthful – Merten needs to remain objective, ethical and professional as required by the Press Code.

In her article, Merten quotes a statement attributed to Honourable Floyd Shivambu of the Economic Freedom Fighters that makes extremely disparaging and defamatory remarks against myself. Needless to say such statements cannot remain unchallenged as they are without any base or substantiation [and] would never pass any legal or judicial test as presented. Concerning that, I have written to the Speaker of the National Assembly in terms of section 25 of the Powers Privileges and Immunities Act requesting that statements by Member Shivambu be reviewed as they are nothing but unfounded, unsubstantiated and defamatory statements against myself. I am awaiting the Speaker’s response and for the process to unfold as contemplated in the Act.

It is best to leave the allegations contained in Merten’s article to the Audit Committee’s investigation process. However, it is very important to note that in her more than 12 articles where she writes negatively about the Secretary to Parliament, Merten and her friends point to no violation of any policy, regulation or Act. On the other hand, Merten seem to be willing to embrace a fallacious notion that the actions of the Secretary to Parliament as an Accounting Officer must be adjudged, authorised and approved on the basis of what Nehawu approves. This view erroneously usurps the role and responsibility of Executive Authority to a union, Nehawu, something that wholly violates the principles of good corporate governance. I look forward to these distortions, malicious actions and flagrant violations of basic principles of governance being dealt with properly. This should facilitate an end to a sustained which hunt perpetuated by Nehawu, with Merten as their most valuable tool, against the Secretary to Parliament and management in general.

Collective bargaining matters belong in the chamber and they cannot be replaced by petty politics, innuendo and slander. The work that my colleagues and I do, which you unfailingly turn a blind eye to, will in the end be on the right side of governance and history of Parliament. South Africa needs a parliamentary administration that is up to the task of supporting its members to address the complex and demanding challenges of our nation. We cannot afford to render a premier institution like Parliament dysfunctional, ineffective and incapacitated by virtue of the fact that we have an administration that is invariably captured by certain elements.

I believe that South Africa expects that when managers are appointed to lead administrations as tools of delivery they must be allowed to do their jobs without undue influence and provided with the necessary support; if they fail in this responsibility, definitely, they must be held to account. Any other route will compromise governance and produce bad outcomes, not just for Members of Parliament, but for institutions and for the country as a whole. This is not desirable for the advancement of our constitutional democracy. DM