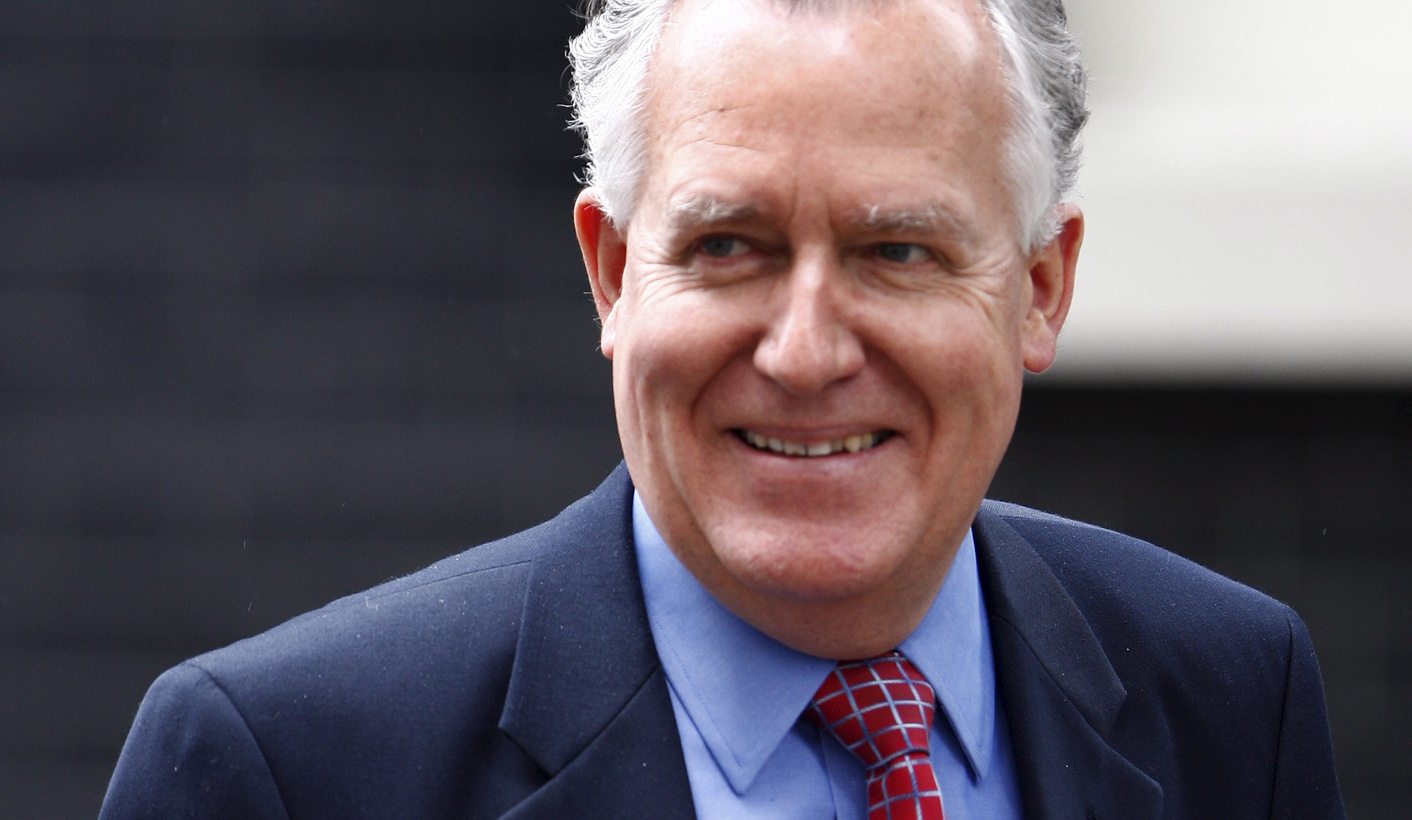 Lord Peter Hain has called for a multi-pronged investigation into the London-based Bank of Baroda by UK authorities – and has promised to “press the government on this matter”. He also wants the looted funds to be returned to SA’s Treasury. By MARELISE VAN DER MERWE.

Following reports on how the Guptas allegedly used the Bank of Baroda to move money out of South Africa for around a decade, Lord Peter Hain has called for a fresh, parallel investigation into the London-based Bank of Baroda.

He has written to the Chancellor of the Exchequer, Phillip Hammond, asking for a multi-pronged investigation involving the FCA, the National Crimes Agency and the Serious Fraud Office, and for the UK Bank of Baroda’s operating licence to be reviewed. He also asked UK officials to make contact with new Finance Minister Nhlanhla Nene to discuss how looted funds can be returned to South Africa.

Moreover, he says, “I will be pressing the government on this matter in the House of Lords.”

Hain specifically refers to a report by the Organised Crime and Corruption Project which alleges that India’s state-owned Bank of Baroda “played a crucial role in the financial machinations of South Africa’s politically influential Gupta family, allowing them to move hundreds of millions of dollars originating in alleged dirty deals into offshore accounts”.

According to the report, interviews and documents obtained by the OCCP show that the bank’s South African branch “issued unapproved loan guarantees, quashed internal compliance efforts, and prevented regulators from learning about suspicious transactions in a way that benefited the Guptas’ network”.

amaBhungane, Hindustan Times and Scorpio previously reported that, among numerous other possible violations, the Bank of Baroda helped to bankroll the purchase of a luxurious house – bought in the name of then-president Jacob Zuma, but paid for by the Guptas via Bank of Baroda accounts and operated through secretive trusts.

Lord Hain, for his part, in November 2017 sought the help of the Chancellor to help track down billions of South African Rands suspected to have been laundered through Gupta networks as far afield as Dubai and Hong Kong.

He also called for British authorities to investigate Standard Chartered and HSBC in connection with links to state capture.

Now, in a follow-up letter to the Chancellor, he has given his reasons for requesting “fresh and parallel investigation into the London-based Bank of Baroda”.

Referring to the OCCP as “reputable corruption investigators who demonstrate conclusively that Baroda has been a conduit for money laundering by the Gupta brothers”, Hain adds:

“The Guptas are now being pursued by SA prosecutors for arrest for corruption, and also for what is known as ‘state capture’, resulting in billions of SA Rand (hundreds of millions of UK sterling) being looted from taxpayers and laundered abroad through Dubai and Hong Kong (and possibly routed via London including through Baroda accounts).”

Baroda have confirmed they were major account holders for the Guptas, Hain adds, “and now allegations I passed to you in November 2017 that they were also conduits for money laundering have been confirmed by this authoritative report”.

Hain has asked that the FCA, the National Crimes Agency and the Serious Fraud Office immediately investigate “with a view to prosecuting Baroda Bank for financial crime and contravening UK money laundering laws”. He has also called for their operating licence within UK jurisdiction to be reviewed.

“New South African President Cyril Ramaphosa has pledged to root out widespread state corruption in the SA public sector and I ask that UK financial regulatory and investigatory authorities now make contact with and his SA Treasury Officials,” he wrote.

Lastly, he called for the Chancellor to speak to new Finance Minister Nhlanhla Nene “to establish how UK authorities can assist in returning the looted money to the SA Treasury”.

“In this way, the UK government can assist President (Cyril) Ramaphosa and his ministers in making a clean break with the last ten years of debilitating government in South Africa.”

Lord Hain, an anti-apartheid activist and House of Lords peer, has been no stranger to State Capture and corruption investigations. He has previously delivered stinging reviews of SARS and international law firm Hogan Lovells’ handling of Jonas Makwakwa’s alleged money laundering.