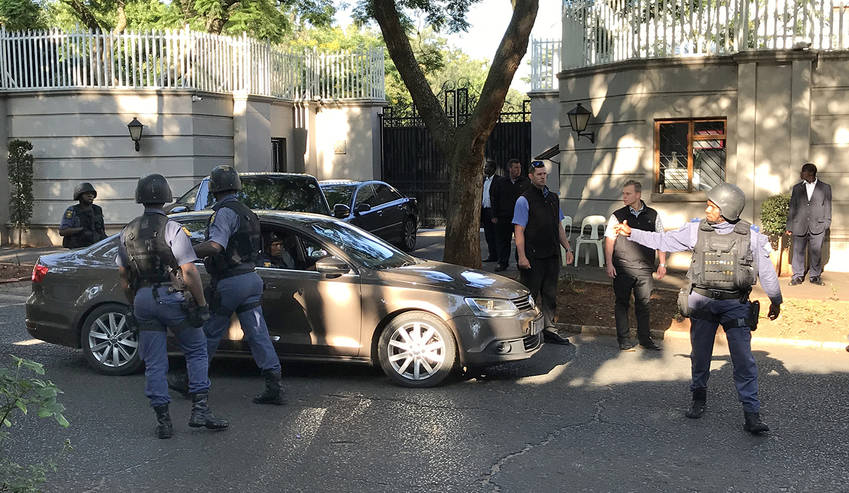 Appearing before Parliament’s police committee on Wednesday, Hawks boss Yolisa Matakata told MPs that the National Prosecuting Authority was delaying justice being done in the State Capture investigation. Matakata said that the Hawks completed their work in November 2017 – and the fact that state prosecutors dragged their heels until February 2018 is probably what permitted the Guptas to escape the country without being arrested. By REBECCA DAVIS.

The Hawks finalised their investigation into the Estina dairy matter in November 2017.

“We were only given the go-ahead now in February to arrest (suspects),” Yolisa Matakata told Parliament on Wednesday. “It so happened it was a day when there was a change in terms of President.”

Matakata said she did not know why the NPA had taken so long to draft charges against the suspects in the State Capture investigation.

“Maybe they were still applying their minds,” she said.

But the Hawks’ frustration on this score was made clear in the course of further questioning from MPs about the delay.

“The time they took is a concern to us,” admitted Matakata. “We are also affected by them not taking a decision timeously. So it is in a way hindering (our work) in terms of taking the matter expeditiously to court.”

DA MP Dianne Kohler-Barnard put it to Matakata that the NPA was “deliberately blocking” the State Capture investigation, and asked if the NPA was being investigated by the Hawks in this regard.

“I can’t say (the NPA is) captured,” Matakata demurred, but said that she had raised concern about the delays. She said that the NPA was not currently in the Hawks’ sights for the State Capture matter.

The Hawks boss also indicated that the delay between the police completing their investigation and arrests being issued was probably why the Guptas were able to leave the country and evade arrest. This was in response to a suggestion by Freedom Front Plus MP Pieter Groenewald that Ajay Gupta may have been “alerted” beforehand.

“Mr Ajay Gupta is a fugitive,” Matakata reiterated. “There is a warrant of arrest for him.”

She said that Gupta’s lawyer was attempting to negotiate with the police, but that the Hawks were not interested.

“We are not going to be held at ransom by the lawyer,” Matakata said. “We are not having negotiations.”

The Hawks’ head’s response was open to interpretation.

“If Duduzane Zuma is wanted,” she said, “we have never made that pronouncement.”

Matakata did clarify that there is currently no warrant of arrest out for Zuma junior. DM