Explainer: The eight Gupta-linked suspects who appeared in court 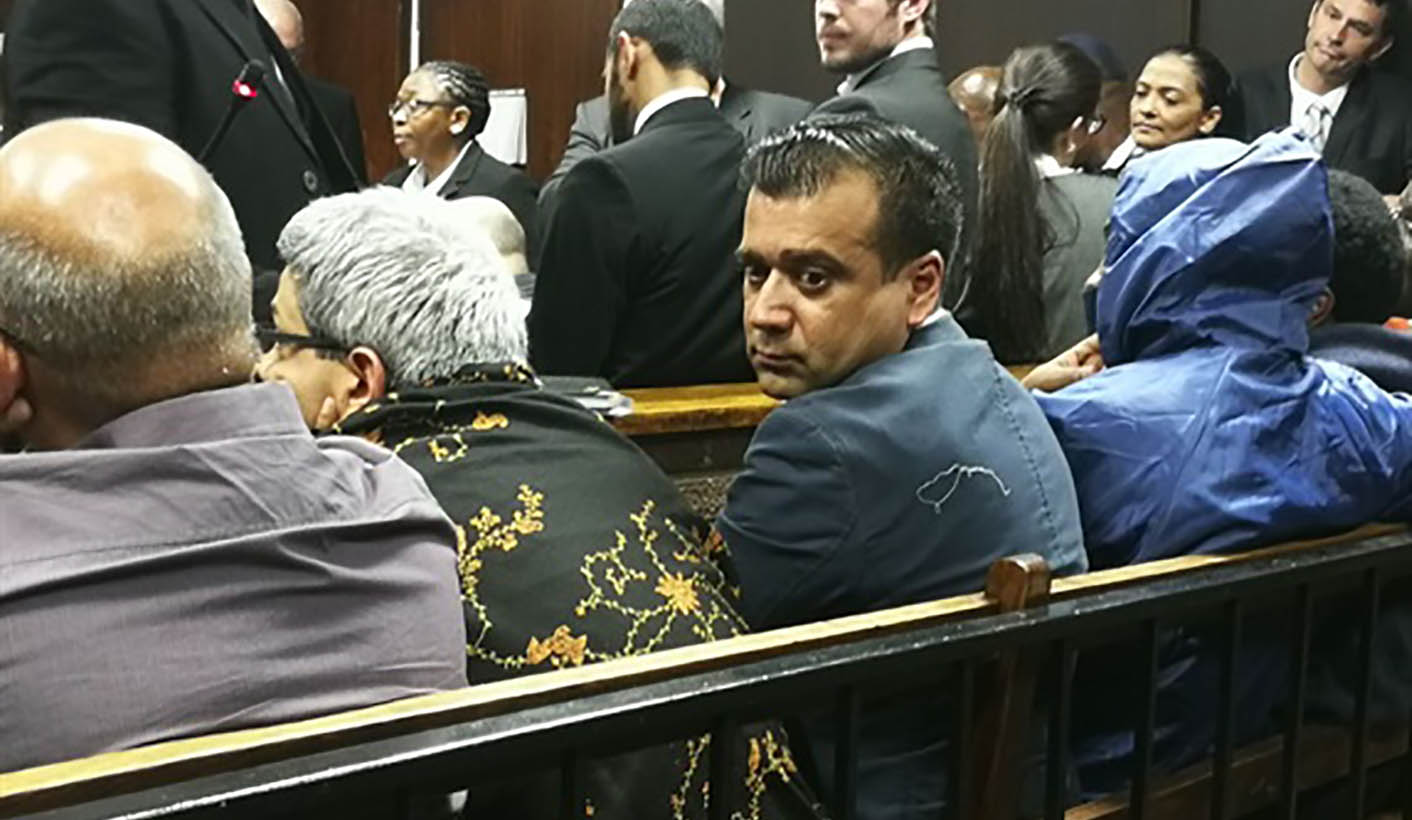 When the first eight suspects in the Hawks’ Vrede Dairy Farm investigation appeared in the Bloemfontein magistrates court on Thursday morning, the Gupta brothers were not among them. It is believed that Atul, Ajay and Tony Gupta are still being sought by the Hawks, as police indicated that a further five warrants are out. But the suspects in court included some big fish regardless: local media veteran Nazeem Howa was among them, as was a top mineral resources official closely allied to Mining Minister Mosebenzi Zwane. By REBECCA DAVIS.

Eight people appeared in the Bloemfontein Magistrates Court on Thursday after being arrested by the Hawks as part of the ongoing investigation into state capture and the infamous Vrede Dairy Farm.

A statement from the Ministry of Police said: “A total of eight (8) suspects have been arrested during the take down operation; of which two (2) of the suspects are still being sought while three (two of Indian nativity and one of Chinese nativity) are believed to be outside the republic and assistance on them will be sought.”

The eight in court on Thursday will be charged with fraud and money laundering, as well as a number of other charges related to financial crime.

While the Hawks continue to hunt the three Gupta brothers, and possibly President Jacob Zuma’s son Duduzane, here’s a look at the suspects in the dock on Thursday:

Thabethe, the former agriculture accounting officer for the Free State government, was singled out by Public Protector Busisiwe Mkhwebane in her report on the Vrede Dairy scam.

When the Vrede dairy agreement between government and the Gupta-owned Estina company was implemented, the report states, Thabethe “knowingly signed an authorisation to deviate from the correct supply chain management process” and “was not clear on the grounds that justified him deviating from the prescribed process”.

Chawla is the CEO of Sahara Computers, the Guptas’ tech supply company.

The #Guptaleaks emails revealed that Chawla was, simply, the Guptas’ main man. Despite his job description ostensibly being limited to Sahara, very little went on within the Gupta empire without Chawla knowing about it.

He was tasked with a great deal of the administrative responsibility of organising the Guptas’ 2013 Sun City wedding – which Vrede Dairy funds seem to have largely paid for.

Undoubtedly the most powerful woman within the Gupta empire, Ragavan is the CEO of Oakbay, the Guptas’ South African holding company. She is a true Gupta loyalist, having been with the Gupta family for 17 years.

Ragavan is another top Gupta lieutenant who was also required to carry out a wide range of tasks beyond her job title. She corresponded with KPMG advisers; helped to expedite visas for Gupta pals; and served as wedding planner for Duduzane Zuma’s nuptials in 2015.

Howa’s fall from grace is, of all eight, the most startling – since Howa is the best known of the bunch. A veteran of the South African media scene, Howa has held top editorial positions at publications including the Sunday Times, The Star and the Sunday Independent. He left the Independent media group in 2011 to become chief executive of the Guptas’ media holdings, The New Age newspaper and ANN7.

The #Guptaleaks emails show that he served, at times, as de facto spin doctor for both Duduzane Zuma and Mining Minister Mosebenzi Zwane: drafting statements for both men to offer to the press.

In October 2016, seeing the way the wind was blowing, Howa quit his job at Gupta media.

The only Gupta family member to appear in court on Thursday, Varun is the Gupta brothers’ nephew – the son of their sister Achla.

Masiteng is another top official in the Free State government, having served as chief director of agriculture. Little is known about Masiteng. In court on Thursday it was revealed – during discussions of bail amounts – that she earns R1,3-million per year.

Sylvia Dlamini is better known as Seipati Dlamini, and holds an extremely powerful position in the Department of Mineral Resources. A long-time ally of Mineral Resources Minister Mosebenzi Zwane, she was appointed deputy director general of mineral regulation in 2016 – in other words, responsible for the granting of mining licences.

Zwane did not follow proper government procedure to hire Dlamini in this role. The two have been closely linked for a while – before that, she was chief financial officer in the Free State department of agriculture while Zwane was MEC.

Dlamini, like Thabethe, is accused of having flouted government regulations to enter into the Vrede project with Gupta-linked company Estina.

Vasram is squarely implicated in the Vrede Dairy scam, as the sole director and shareholder of Estina – the company with which the Free State agriculture department partnered for the dairy farm. The papers filed by the NPA’s Asset Forfeiture Unit in January showed that R4-million of government money for the farm made its way to Vasram’s bank account.

Vasram formerly worked at the Guptas’ Sahara company. With a background in IT, Vasram seemingly lacked any agricultural experience whatsoever. DM