Right of Reply: President Kenyatta has a viable plan for Kenya 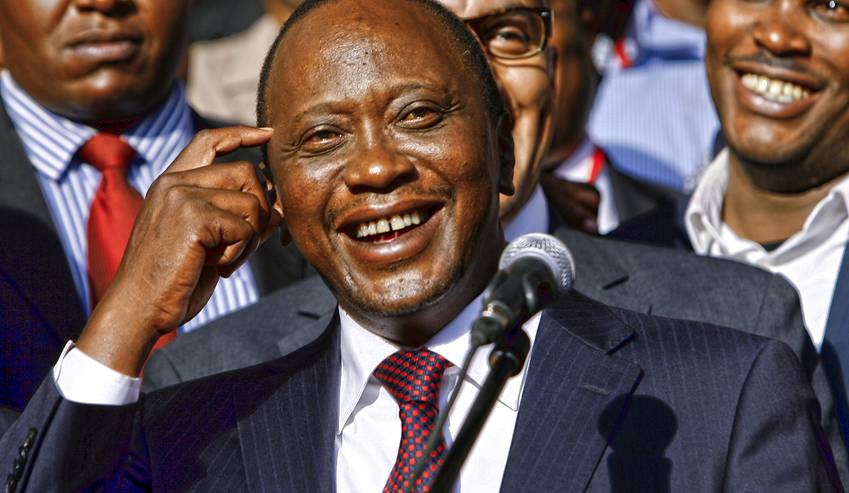 In response to a February analysis by Peter Fabricius, MANOAH ESIPISU argues that President Kenyatta has identified more affordable housing for Kenyans, universal healthcare for all, food security and nutrition, and value addition and enhanced manufacturing to create jobs for Kenya’s young people.

Kenya is emerging from an extraordinary year in which it held not one, but two presidential elections – both won by President Uhuru Kenyatta. President Kenyatta came to office in 2013, after inflicting a heavy defeat on long-time opposition figure Raila Odinga, who was prime minister at the time.

It is the same Odinga who lost in the August 2017 elections, which he successfully had overturned by the Supreme Court, before handing the president a relatively easy victory after boycotting fresh elections ordered by the courts on October 26 last year.

The president won the Kenyan elections because he presented to the Kenyan people a viable plan to continue to strongly build on the foundations he had laid over the past four years. He visited every corner of Kenya, addressing a stunning 795 audiences over 90 days, directly connecting with the Kenyan voter.

At the centre of his campaign was a simple message: “The foundations for prosperity are now built. Now I must ask all Kenyans to allow me to finish the job. I am urging every one of my fellow Kenyans to choose progress for the future, over the politics of the past; peace and prosperity over division and inertia; my Action Plan to deliver more jobs and a lower cost of living, over no credible plans at all.” This was the president’s rallying call.

It is important to reflect on these events and messages because, after the elections, the Kenyan opposition that Raila Odinga leads, NASA, launched a campaign of economic sabotage, disobedience, and a militia wing (the National Resistance Movement), which has been outlawed by government.

NASA’s campaign, to seek “electoral justice”, seeks to agitate for change outside constitutionally established bodies, such as parliament. Mr Odinga, whose party was all but vanquished in elections for local (county) government (the equivalent of provincial elections in South Africa), parliamentary and the presidency, believes that subversion of the constitution is the best shot he has to gain power, and has even carried out a mock ceremony installing himself as “the people’s president”.

That mock ceremony was illegal under the Kenyan constitution that Mr Odinga helped draft, and, therefore carries no weight in law.

Predictably, this has led law enforcement forces to take the necessary action to ensure that criminal activity is dealt with in line with the law. There have been reports of harassment of opposition figures. Nothing is further from the truth.

What is fact is that two opposition MPs were arrested for questioning in connection with fanning violence. It is also fact that government-supporting MPs have been arrested in the past in connection with similar incitement to violence and hate speech.

A particular case that has been highlighted for days was the deportation of self-proclaimed leader of the outlawed militia affiliate of NASA militia to his native Canada. The man, a lawyer, renounced his Kenyan citizen to become a Canadian, and, in Kenya’s view, was merely allowed to return home rather than face charges in Kenya. Deporting foreign nationals linked strongly to subversion is a normal occurrence across the world, including in South Africa.

Critics have also spoken strongly about the shut-down of three free-to-air television channels. The channels were being investigated in connection with incitement, went to court to force the government to re-open them, and after they got orders, they did not serve them, preferring to announce their victory through prime-time news bulletins and twitter. The delays in serving their court orders led to the delays in the stations being allowed to return on air.

But it is noteworthy that the stations continued to take advertising revenue, and broadcast their bulletins on their digital platforms.

President Kenyatta is very clear about the direction Kenya must take. Continuing to build our fledgling democracy. Unity and cohesion for Kenya’s 44 ethnic communities; ensuring peace and prosperity for all. The President, and a majority of the Kenyan public, are certain that better days lie ahead for all Kenyans.

Those days will not be delivered on a silver platter. They require the investment and sacrifice of all Kenyans – all 45-million-strong. It is easy for arm-chair analysts and career agitators to claim that Kenya’s democratic space is diminishing, but they act under the naive pretence that personal freedoms come without responsibility and without a care for the freedom of others.

Peaceful picketing and marching is a right embraced around the world, including in Kenya. But somehow, in Kenya, these arm-chair analysts and career agitators believe it is okay for picketers to loot from market women, stone cars, and at a recent event at Uhuru (Freedom) Park in the capital, open fire at security forces.

The opposition also thinks there is a short-cut to leading a country. Their formula was a silly one. Lose elections, create mayhem leading to loss of life and damage to property, and demand “ to calm down the country”. What rubbish!

Elections in a direct presidential system has winners and losers. It is up to the winners – President Kenyatta and his Jubilee Party – to chart the path of the country, taking steps to ensure no one is left behind. This is a task President Kenyatta is executing with gusto.

The opposition has its role, which is to vigorously oversight government using the strong parliamentary platforms available to it. In Kenya, NASA must examine the government’s agenda, critiquing it as necessary, to ensure Kenyans get value for their money. That is the role that the Kenyan voter believes NASA is best-suited to play.

Finally, let me comment on the state of the media in Kenya. It is common knowledge that Kenya has the most vibrant press on the African continent. It is also acknowledged that the administration of President Kenyatta generally expects a critical press, and Kenyan media go about their business unhindered.

Hundreds of newspaper columns are critical of government work, and weeks and weeks of newspaper headlines are supportive of opposition narrative. Government may not like it, but it has never interfered with the freedom by the press to go whichever direction it is going.

Save for the incident earlier in the month, television stations have only ever experienced a complete shut-down in 2015. That is when TV stations shut themselves down for three weeks to try to force the government’s hand over digital migration. The blackmail did not work and digital migration was implemented.

There is a comical anecdote about the February incident. Three TV reporters from one media group said that they were wanted by police, and slept in their office “to avoid arrest”. The next day, they sent their lawyers to court to obtain “anticipatory bail” to bar police from arresting them. I say comical because the journalists were not persons of interest to the police and never have been. The media house in question has been one of the most critical to government, but has never suffered any adverse consequences as a result.

President Kenyatta has identified more affordable housing for Kenyans, universal healthcare for all, food security and nutrition, and value addition and enhanced manufacturing to create jobs for Kenya’s young people, as the key elements of focus for his second and final five-year term of office.

Manoah Esipisu is Communications Secretary and Spokesperson for the Kenyan Presidency. He is on Twitter @Mesipisu