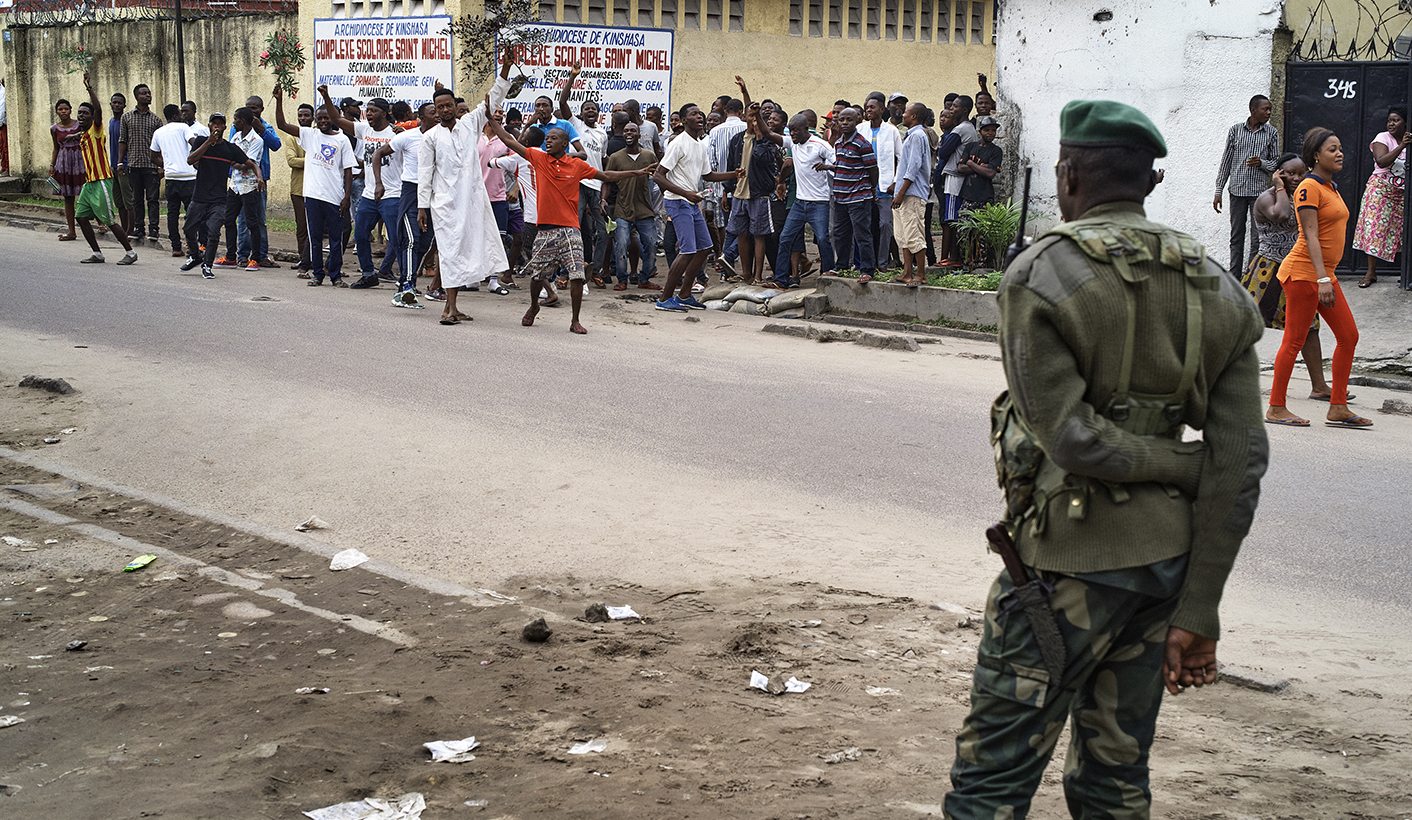 From the DRC to Zimbabwe and Mozambique, KRISTEN VAN SCHIE brings you a weekly round-up of news making regional waves.

The Democratic Republic of Congo’s electoral commission said last week that it had finally finished a years-long voter registration process, paving the way for a long overdue national vote finally to be held.

Reuters reports that some 46 million people were registered, with only the diaspora still to be processed.

President Joseph Kabila’s term expired in 2016, but he has repeatedly failed to commit to an election date, citing voter registration delays and security concerns.

He reneged on a Catholic Church-mediated agreement with the opposition to step down before the end of 2017 and protests against his continued rule have been shut down aggressively by the state security apparatus.

Elections are now scheduled for December 23, though Kabila’s track record has left many sceptical.

“This is not a government that is serious about delivering free and fair elections in an open and peaceful, safe environment in which all parties can express themselves without fear of sanction,” ISS analyst Stephanie Wolters told Irin.

Last week, Kabila’s spokesman Lambert Mende said the president would not pursue an unconstitutional third term in office, reports VOA, adding he would “announce in July his choice of a candidate to compete in the December poll”.

Zimbabwean president Emmerson Mnangagwa’s charm offensive with the West continued last week as he welcomed the UK’s Africa minister Harriet Baldwin to town, netting his country an extra £5-million in aid and undoing a good 30 years of Robert Mugabe’s fist-shaking in the process.

Baldwin’s visit coincided with the Zimbabwean government’s announcement that white farmers would be issued 99-year leases, like their black counterparts.

White farmers under Mugabe’s land reform programme qualified only for five-year leases, “leaving their land vulnerable to expropriation by the government”, reports Reuters.

It was news that went over well with Mnangagwa’s British guest, from what Mugabe once described as the “very cold, uninhabitable country with small houses”.

“Obviously the UK government very much welcomes the statements that have been made about land reform by the government of Zimbabwe and we support a transparent and fair and mediated process around that,” Baldwin said on Friday, reports Reuters.

“It’s also something which is very important as a signal to international investors.”

Mozambique’s public prosecutor last week opened a case against the officials behind a $2-billion undisclosed debt scandal involving several state-owned enterprises that saw the International Monetary Fund and numerous donors cut off aid to the country.

An audit report by US firm Kroll released last July revealed that $500-million of the money borrowed to buy ships and maritime surveillance equipment still could not be sufficiently accounted for.

Macauhub reports that the initial investigation into the scandal uncovered a “number of facts that could constitute financial offences”.

But while the public prosecutor opened the case at the administrative tribunal hoping to establish “financial responsibility” for the scandal, reports Financial Times, the move was “unlikely to lead to criminal charges”. DM

Photo: Protesters attempt to leave the safe heaven of a church during violent protests that left five people dead and scores injured in Kinshasa, DRC Congo, 21 January 2018. The banned protest was against President Joseph Kabila after he stated that he would not step down at the end of his term in December 2018. EPA-EFE/ROBERT CARRUBBA