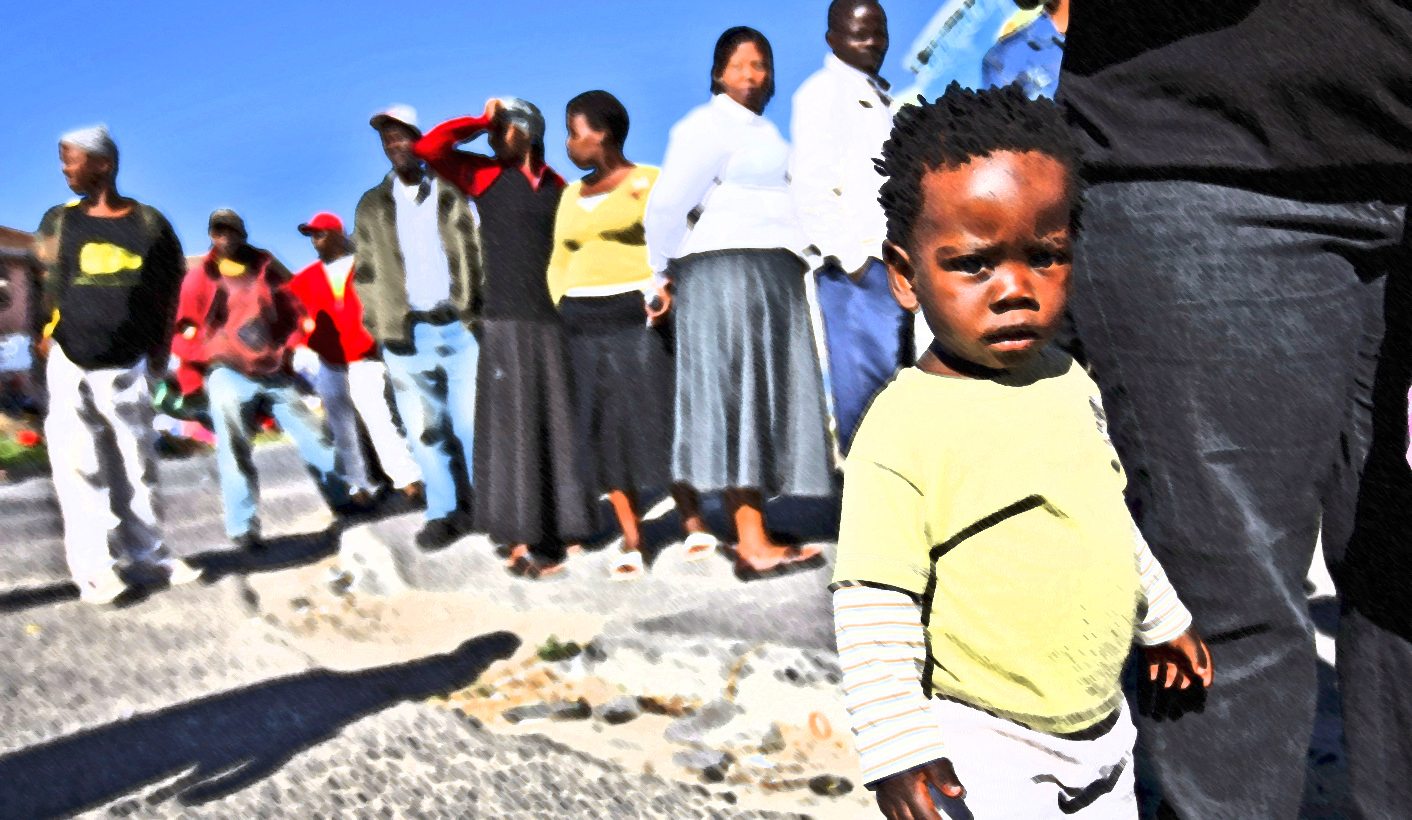 The South African Post Office, scheduled to partner with Sassa in the payment of social grants come April 2018, as well as lobby group the Black Sash, have sounded the alarm, claiming that the agency is delaying the process and that Sassa’s reports to the Constitutional Court lacked detail and specifics. All of this is taking place in the slipstream of Treasury’s refusal to approve a deviation for R11-million, requested by Sassa, to reappoint a workstream found irregular in the first place. By MARIANNE THAMM.

The SABC acknowledged that it had breached its own editorial policy in receiving payment (it has since offered to refund it) for the two-hour profile broadcast in December and which focused on Dlamini’s life, friends, family and career in the ANC. But Oliphant is insistent that the interview formed part of the department’s communication general communications strategy and indeed touched on Sassa and social grants.

On Monday, the Black Sash, which filed papers with the Constitutional Court in March last year when it became increasingly clear that Sassa would not be in a position to take the payment of 17-million social grants in-house, described the current Sassa communications strategy as “confusing”.

The plan, said the Sash in a statement, did not “specifically outline the social grant payment options or the transition process step-by-step for grant beneficiaries to understand how they will be affected”.

Grant beneficiaries had also expressed concern about having to pay bank fees which are particularly exorbitant for cash withdrawals.

“We urge Sassa and GCIS to modify the Communication and Marketing Plan to help beneficiaries better understand the implications of the payment options and transition processes,” said the Sash.

Meanwhile, the South African Post Office, which reached an agreement with Sassa in December after the intervention of a high-level inter-ministerial task team, has also lashed out at Sassa, accusing the agency of being “non responsive and causing delays”.

Post Office CEO, Mark Barnes, has reportedly written to the DG of the Department of Planning, Monitoring and Evaluation, Mpumi Mpofu, about Sassa’s delay in the design of the new Sassa cards, the specifications of the corporate and disbursement accounts as well as the finalisation of the biometrics and the integrated grant payment system.

Meanwhile, National Treasury has declined a request by Sassa for a deviation to procure, on a closed system, Rangewave Consulting, one of the companies previously illegally contracted by Dlamini for her controversial workstreams.

Sassa’s special projects manager and Dlamini’s proxy in the agency, Zodwa Mvulane, requested a deviation for the R11-million that would be paid to Rangewave to conduct three months’ work for Sassa. This was required, said Mvulane, due to an “emergency” with regard to the approaching 31 March 2018 deadline and Sassa’s inability, once again, to meet it.

The Black Sash on Monday said that the organisation wished to draw attention to several aspects of Sassa’s report to the Constitutional Court released on 8 January.

The first is that the Sassa SAPO agreement provided for the creation of a special disbursement account into which social grants will be paid.

“It is crucial that the SAPO agreement contains the terms and conditions of this account, including the functionalities and the recourse mechanism. Grant beneficiaries must receive upfront a copy of these terms and conditions, and SAPO and Sassa must roll out an educational process,” said the Sash.

And while the Banking Association of South Africa (BASA) had indicated a willingness to offer a low-cost banking account with a “suite of services”, the terms and conditions, including the functionalities, cost and the recourse mechanism, had to be agreed to upfront.

“SARB should also play an oversight role and deal decisively with any unethical conduct. Social grants are meagre, and beneficiary bank accounts must be protected from unauthorised, fraudulent and unlawful deductions and debit orders. Child support grants (currently R380 per child per month) and temporary grants need special protection.”

The government should, said the Sash, cover banking costs so beneficiaries could receive the full cash value of the social grant. The Sash would like to see that bank account(s) should include some free services such as no cost for cash withdrawals from ATMs and at least one free bank statement a month.

“Grant beneficiaries must be able to navigate the recourse system independently, at no cost, and refunds, which is currently almost impossible.”

The Sash raised the issue of the Easy Pay Everywhere (EPE) account, also known as the green card, and a bank account operated by Grindrod Bank and Net1 subsidiary, Moneyline.

Grant beneficiaries had informed the Sash that they had opted for the EPE bank account as agents for the card had erroneously informed recipients that it was a Sassa replacement card.

“In our ongoing community monitoring work, we have discovered that grant beneficiaries with EPE accounts experience many suspicious deductions. We have observed that is almost impossible for beneficiaries to close their EPE accounts and revert to the ‘Sassa branded’ bank account.”

The Sash cautioned against the “unilateral transfer of beneficiaries’ accounts to EPE” and it was crucial that Sassa provide clarity on how it would assist beneficiaries to stop the conversion to EPE accounts.

Another concern was still the protection of personal and confidential information as contained in captured biometric data.

“While we note that biometric data of existing beneficiaries has been extracted and is ready for transfer to SAPO, there is no agreement yet in place of how the private and confidential data of beneficiaries will be protected to avoid a repeat of the CPS/Net1 fiasco. When will this agreement be developed and how will it be enforced?”

A further concern is that it appeared as if Sassa did not have plans to ensure that the personal and confidential data currently in possession of CPS, Net1 and Grindrod Bank would be returned to Sassa when the current extended contract ends in March, which is just over eight weeks away.

The Interministerial Committee is due to brief Parliament’s Standing Committee on Public Accounts shortly. DM

Photo: A South African boy stands with his mother and thousands of South Africans as they wait in line outside Gugulethu Social Services office to register for a Social Relief of Distress Grant, Gugulethu, Cape Town, South Africa 28 January 2009. EPA/NIC BOTHMA