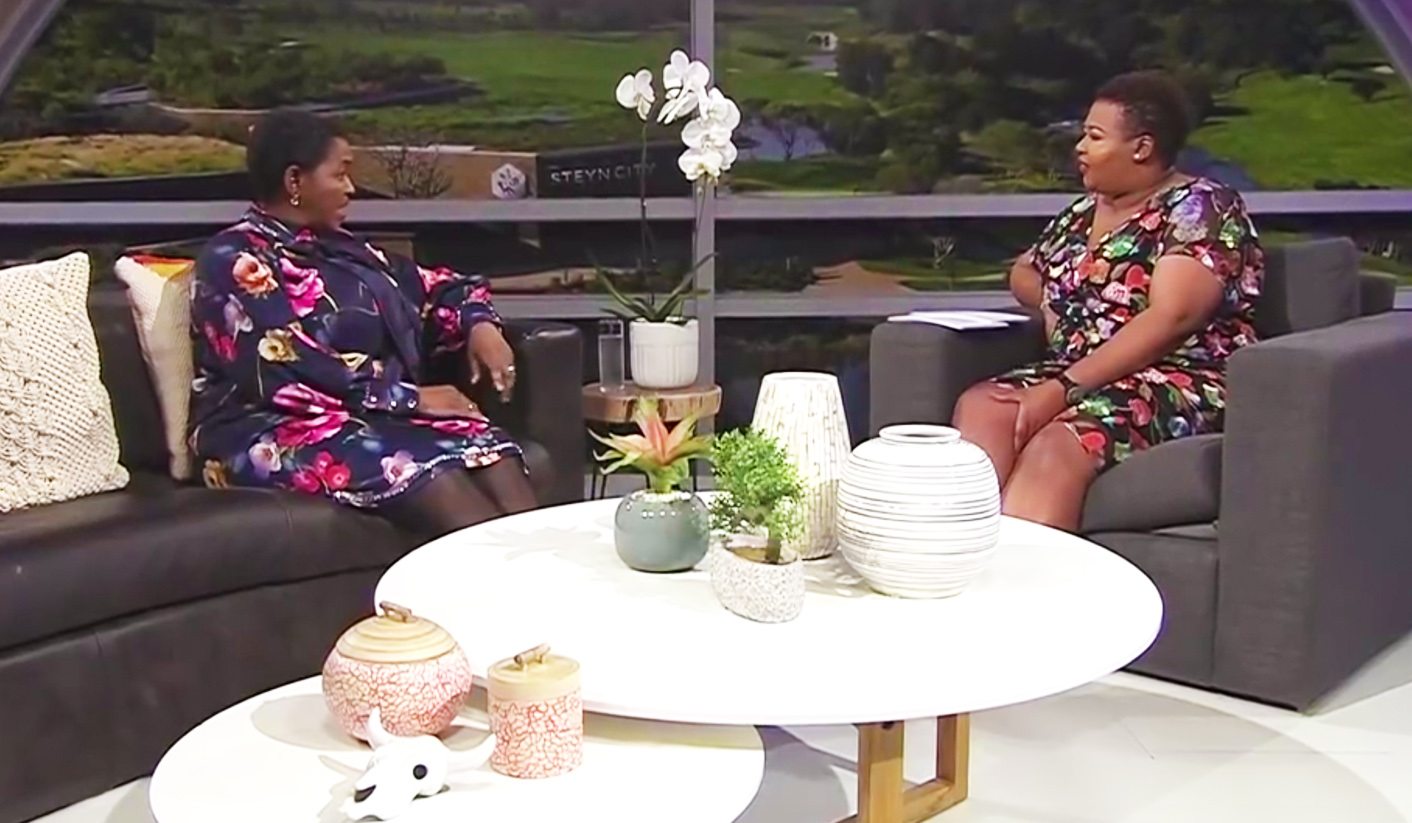 On 18 December, slap bang in the middle of the ANC's bruising elective conference at Nasrec, Anele Mdoda, host of the SABC 3 Real Talk with Anele, re broadcast a two-hour hagiographic profile of Minister of Social Development Bathabile Dlamini. Queries by Daily Maverick to confirm the payment of R500,000 of public funds by the DSD to the SABC for the interview, have been met with a long and stony silence from all concerned. By MARIANNE THAMM.

UPDATE: Lumka Oliphant, Minister Dlamini’s spokesperson has made contact and has provided the following explanation for the R500 000 paid to the SABC to conduct the interview. A livid Oliphant insisted the Department was entitled to pay for interviews to be conducted by the press. Daily Maverick would like to alert readers to the fact that we do not get paid for interviewing anyone. When we do carry advertorials, which are paid for, this is clearly and prominently marked.

“To date, through GCIS the Department has transferred more than R5 million to the SABC for this purpose.

“The SABC would give us space across all its platforms on radio, TV and online media. They give us a schedule to agree and be available for. The SABC is a strategic partner for communication because it has the reach, the platforms and the languages. They have a dedicated sales team to get business from Government Departments. A standard practice in the media industry.

“Understanding the lack of resources and personnel in different media houses, the Department of Social Development uses different strategies and different platforms to make sure that the work of the Minister and the Department receives the necessary coverage.

“For instance, we buy Outside Broadcasting from community radio stations when we go to the rural areas. They choose the programmes and the slots. We also understand that sometimes the distance between Nquthu and Durban would not make sense for any news editor to send a journalist and photographer/camera person to cover an Imbizo.

“In the past, we have traveled to Las Vegas with an SABC news team when we were nominated for an award. We have traveled with a team from Carte Blanche to Brazil to fetch our children in distress in that country and we paid. It would have been impossible for any media to send and spend its resources to these places. We buy space in different magazines and print media and they choose where, how and when to place them. Ours is to provide content and sometimes artwork and interviewees. The Minister is the face of the Department and its agencies.”According to a well-positioned insider, the two-hour “interview” with embattled Minister of Social Development, Bathabile Dlamini was masterminded by Dlamini’s spokesperson Lumka Oliphant, who is also interviewed during the show.

The programme is an unmitigated attempt at humanising and white-washing Dlamini, allegedly using the public broadcaster and public funds. And this all in the middle of a bruising and deeply factional elective ANC conference. It is common knowledge that Dlamini and the ANC Women’s League supported Nkosazana Dlamini Zuma as a preferred candidate.

Not once in the interview does Mdoda attempt to excavate why the minister, her department and Sassa were dragged to the Constitutional Court by lobby group the Black Sash when it became apparent that Sassa would not be able to act as paymaster for social grants when an illegal CPS contract came to an end in March 2017.

Mdoda also did not question Dlamini’s ‘s alleged links to individuals who fronted as BEE partners for CPS and NET1 during the original awarding of the contract or any of the highly publicised blunders under her political watch, including the resignation of top officials her adviser Sipho Shezi, Sassa CEO Thokozani Magwaza and DSD DG, Zane Dangor.

Also not a word about the irregular R47-million Dlamini spent on “work streams” which appeared to have done nothing in the months leading up to the crucial switch over which didn’t happen.

The source told Daily Maverick that it was Oliphant who allegedly approached Mdoda with the idea. The Minister’s spokesperson then pitched the project to the DSD’s now retired Chief Director, Oupa Ramachela, who turned it down. However, it was later approved by acting CD and DSD head of legal services, Advocate Nkosinathi Dladla.

SABC Spokesperson Kaizer Kganyago told Daily Maverick that the public broadcaster was “unable to provide such info. We don’t want to open ourselves to competitors”.

The matter was also “confidential and we will not discuss it”. Asked whether this could be read as a confirmation, Kganyago replied “it doesn’t”. Asked who the public broadcaster’s competitors might be he replied “we compete with all those who also get revenue from advertising like we do”.

Several emails to Oliphant as well as communication with Mdoda to confirm the payment of the R500,000 went unacknowledged and unanswered. Calls to the DSD were not answered and the switchboard rang incessantly. DM

Photo: A screen grab of the programme, SABC 3 Real Talk with Anele, which hosted Minister of Social Development Bathabile Dlamini.