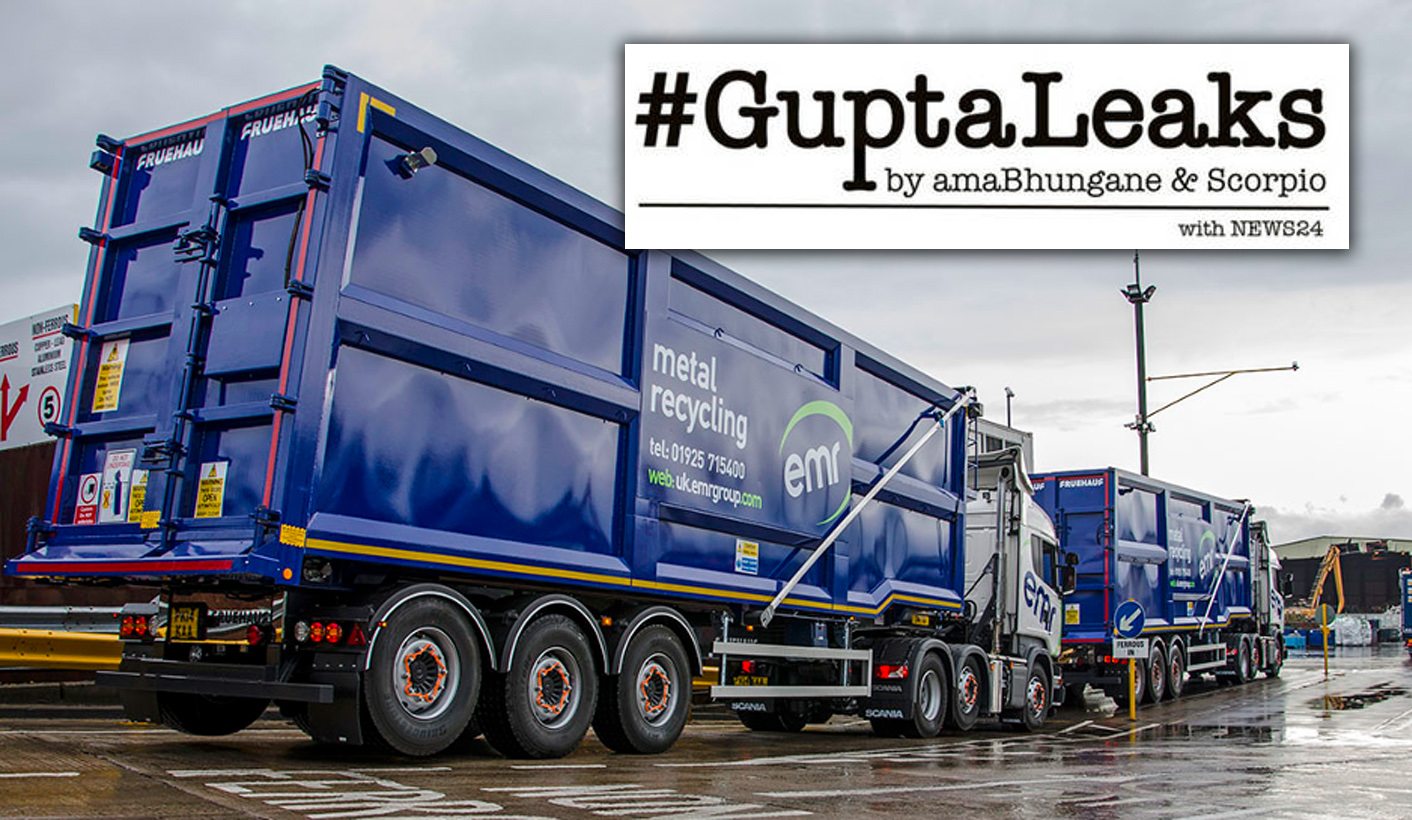 The Guptas used what looks like an international money laundering network to move their wealth. The network reaches to the UK. By AMABHUNGANE and SCORPIO.

Britain’s biggest metal recycling firm holds a 49% stake in Indian firm Worlds Window, which moved hundreds of millions in kickbacks around the world for the Guptas.

The money flows are exposed in a new amaBhungane and Scorpio investigation, based in large part on the #GuptaLeaks.

The British firm, European Metal Recycling (EMR), is a Liverpool-based business. It says its “heritage” reaches back to the 1940s. It turns over more than £2-billion a year, and is largely owned and run by one family, the Sheppards.

EMR bought 49% of Worlds Window Impex India (the parent company) in 2008. EMR’s audited financials state that it “exercises significant influence over the operating and financial policies of” Worlds Window.

There is no evidence that EMR knowingly contributed to Worlds Window’s suspicious financial activity.

Between 2010 and 2015, Worlds Window directors and staff involved themselves in private bids for multibillion-rand crane and locomotive tenders at state-owned logistics company Transnet.

The Worlds Window directors and staff then worked with offshore shell companies, which received “agent fees” – structured like kickbacks – and helped to disperse the money around the world, including to businesses associated with the Gupta family in South Africa and abroad.

Together, the Guptas and Worlds Window also moved more millions in many suspicious transactions, according to our investigation. These transactions bore multiple hallmarks of money laundering, although the source of the money was not always known.

The Guptas are friends with president Jacob Zuma and kept Zuma’s son Duduzane on their payroll. They have been accused of grand corruption in South Africa.

This week, South Africa’s Asset Forfeiture Unit moved to seize R1.6-billion in assets linked to the Guptas and firms they did business with. It said it hoped to seize at least R50-billion in 17 related cases under investigation.

EMR responded to our initial questions. It said that before 2008, it had “a pretty long established trading relationship with Worlds Window who effectively acted as a sales agent into India”.

It said: “EMR is disturbed to hear press reports of the alleged involvement of Worlds Windows in money laundering, which we became aware of late last year through #GuptaLeaks. We are currently carefully looking at this investment as a consequence.”

We had asked EMR if it also had a business relationship with a number of offshore companies central to the laundering of Transnet kickbacks. These included JJ Trading, Century General Trading and IMR General Trading, all registered in UAE financial havens.

EMR’s response was confusing. It said: “EMR has no involvement with any of the companies mentioned, however a few companies have been counter parties in the legitimate trade of scrap metal.”

We asked it to explain, name its trading partners and provide evidence of legitimate business. It did not.

EMR spokeswoman Olivia Healey sent us a general response, referring to a statement in EMR’s audited financials in which it classifies Worlds Window companies as “associate undertakings” because EMR “exercises significant influence over the operating and financial policies of the company”.

She said this statement “misrepresents the reality of this situation”.

“When consolidating our accounts, we work on standard assumptions as follows: ‘An associate is an entity in which the group has significant influence, but not control, over the operating and financial policies of the entity. Significant influence is presumed to exist when the investor holds between 20% and 50% of the equity voting rights.’ The important word in here is presumed. So, for the purpose of accounting, Worlds Windows is presumed to fall into this category as we have a significant minority interest.

“The reality of the situation is that [EMR] had no board representation and exercised no management control over the business. This financial investment was effectively managed by a post audit financial review which had not raised any red flags to date.

“So unfortunately we are simply unable to assist you any further with your enquiries.”

Among our questions, we had asked EMR whether it knew about or had influence over Worlds Window’s business relationship with the Guptas, the apparent laundering of kickbacks via JJ and Century General and whether it condoned other suspicious money flows, outlined in our investigation. DM