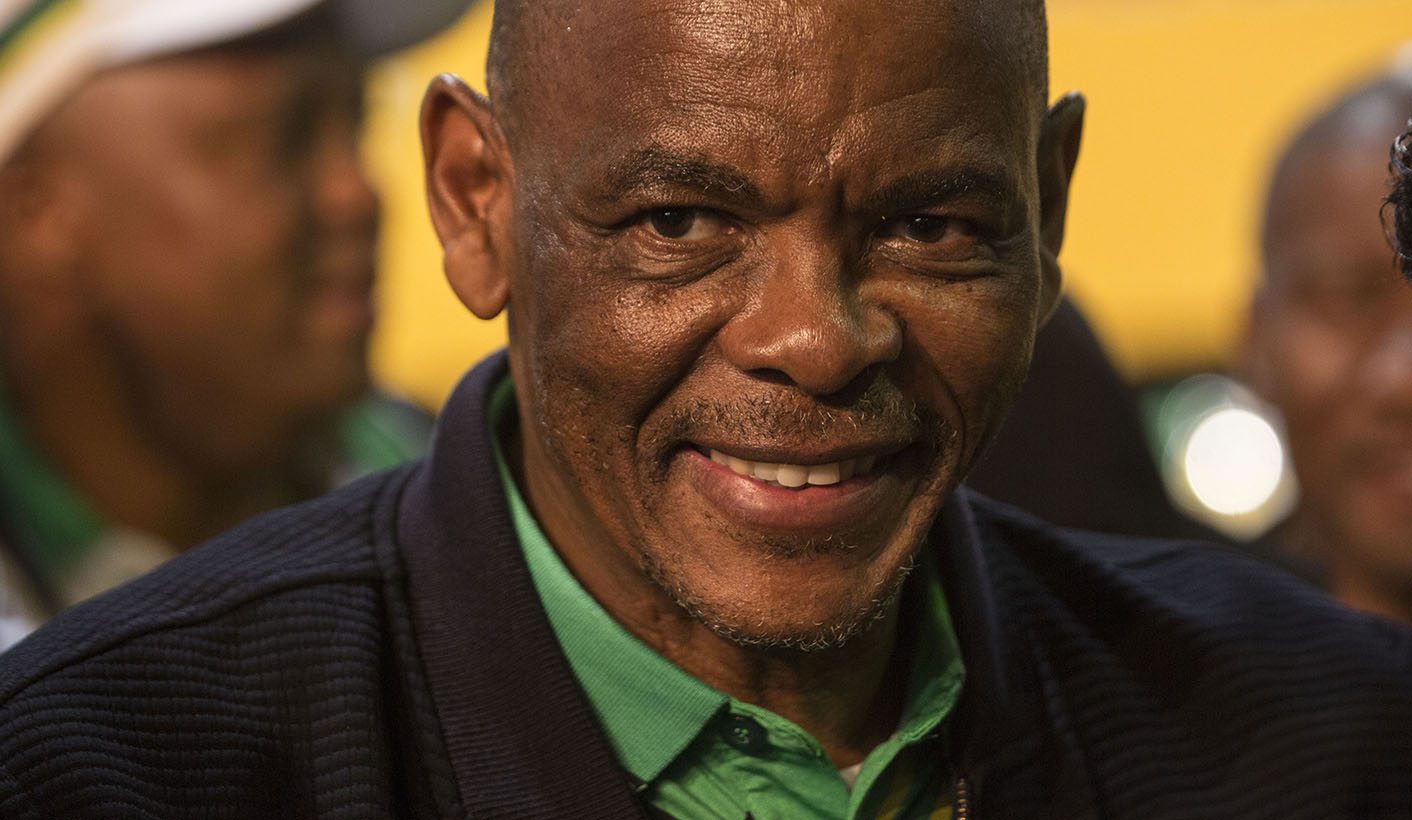 Free State Premier Ace Magashule, elected ANC secretary-general in December, moved on Tuesday to fill vacant government positions in his province with unemployed graduates ahead of his deployment to Luthuli House. Opposition parties caution that he might be trying to maintain his grip on the province. By GREG NICOLSON.

Opponents of Free State Premier Ace Magashule have expressed concern that the province’s political tsar wants to extend patronage and protect his future in the province after leaving the Free State leadership, by filling vacant regional government posts before he resigns from his provincial position to work at the ANC’s headquarters, Luthuli House.

Magashule’s office called a meeting for Tuesday demanding all heads of department (HoDs) and provincial cabinet members (MECs) make presentations on vacant government posts. The compulsory invitation to the meeting was issued by the premier’s administrative secretary, Moroadi Cholota.

“All MECs and HoDs are requested to attend,” said the directive from Magashule’s office. “No apologies will be accepted.”

Magashule was elected ANC secretary-general in December and according to party rules should vacate his position as Free State premier and chairperson. The secretary-general post is a full-time one and while Magashule reportedly wanted to finish his term in the Free State, he has accepted he will have to work at Luthuli House and be replaced as premier. He has committed to resigning by the end of March.

Magashule is the most decisive member of the ANC’s new Top Six and wields immense power over party structures. The ANC elected national leaders from the camps of both Cyril Ramaphosa and Nkosazana Dlamini Zuma, with Magashule running on the latter’s ticket. Magashule was one of President Jacob Zuma’s most strident defenders and is a member of the so-called “Premier League”.

The premier’s spokesperson, Tiisetso Makhele, said the Free State executive committee (Exco) held a routine meeting on Tuesday to discuss vacant posts, unemployed graduates and issues of international relations. “The Exco committed to ensure that unemployed graduates are prioritised in the filling of vacant, funded posts,” he said.

Makhele said the government had committed in 2017 to filling vacant, funded government posts with unemployed graduates and promoting deserving employees where possible. He said the decision was taken long before the ANC’s December conference and had nothing to do with Magashule’s appointment as secretary-general. The premier doesn’t have the power to appoint the employees himself, said Makhele.

Magashule has led the ANC in the province for more than 20 years and opposition parties are concerned he might try to maintain power through proxies while working at Luthuli House.

EFF Free State leader Kgotso Morapela said his party was concerned that Magashule had called the compulsory meeting. “It’s quite clear that Ace Magashule is up to something. I would not be surprised if he wanted to put his own people in office to protect what he’s been doing,” he said.

“Maybe the intention is that he wants to reward those that elected him as secretary-general,” he continued. “He wants to leave people that will protect him even if he as at Luthuli (House),” said Morapela.

DA Free State leader Patricia Kopane said, “What he wants to establish is, if he is permanently to go to this new position, how is he going to have power in the province?” She said Magashule has always worked to maintain control of the Free State. “That’s how Ace has been operating all along.”

Makhele dismissed the speculation. “It’s fair to state that those speculations and allegations are baseless and untrue,” he said. He maintained that filling the vacant posts was intended to help unemployed graduates. “It has got nothing to do with the honourable premier trying to appoint his allies.”

Serious allegations around the awarding of tenders have been levelled at the Free State government. The Auditor General said in 2017 that irregular expenditure amounted to almost R10-billion.

An ANC insider, opposed to Magashule, said the premier is trying to appoint loyal comrades who might be able to protect him from allegations of wrongdoing. Magashule and his family have been implicated in the #GuptaLeaks that have found clear evidence of corruption, implicating the premier.

The Free State ANC will soon have to hold another conference to elect its provincial executive committee after its December event was ruled illegal. Police MEC Mathabo Leeto and Roads and Transport MEC Sam Mashinini have been tipped as possible replacements for job of premier. Magashule beat Ramaphosa’s preferred candidate for secretary-general, Senzo Mchunu, to the key position by less than 20 votes at the December conference.

Since being elected, Ramaphosa has placed a heavy emphasis on confronting issues of State Capture, both publicly and privately.

The National Prosecuting Authority’s Asset Forfeiture Unit has since announced plans to seize and preserve R1.6-billion in assets related to a contract between the Gupta-linked Trillian and international management consulting firm McKinsey. It’s reported to be working on another 17 cases regarding R50-billion that could be returned to state coffers.

The state now appears likely to pursue Zuma’s allies who enjoyed years of impunity due to their affiliation with President Jacob Zuma. Ramaphosa’s election has seen the president’s former allies hunkering down in order to protect themselves from prosecution.

Speculation continues over when Ramaphosa’s team might decide to remove Zuma as South Africa’s president. Zuma has reportedly laid down conditions for potentially stepping down, but there’s no firm indication of whether the new ANC president will act on them.

Since his election, Ramaphosa has attempted to charm both the public and potential allies. He has met traditional leaders and ANC stalwart Winnie Madikizela-Mandela. He has continued his ANC election campaign’s attempt not only to win over ANC members but the electorate in general.

The new ANC president will lead an ANC executive committee meeting, scheduled for Thursday and Friday, that could see calls for Zuma’s removal being raised. Any sudden attempt to remove Zuma could be blocked by the president’s supporters, including Magashule, although the Free State premier has reportedly been asked to speak to Zuma to ensure a smooth transition.

The political terrain will continue to shift in 2018 as the ANC continues to restructure itself around its new president. As Magashule and new ANC deputy president, Mpumalanga Premier David Mabuza, leave their posts to lead the party on a national level, the moves they make within their provinces will come under heavy scrutiny. DM